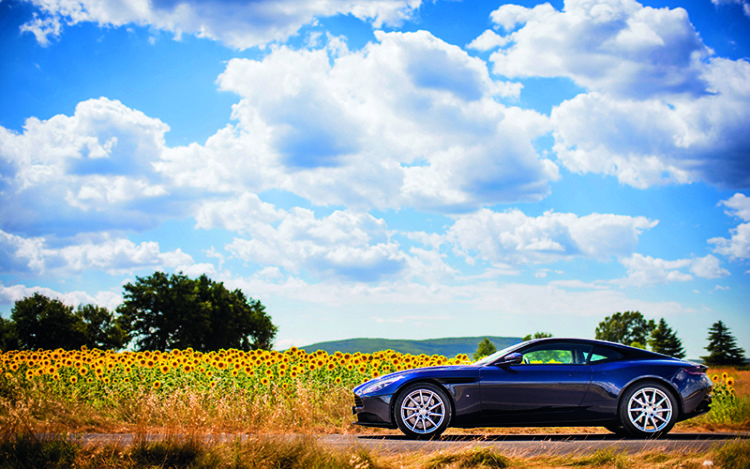 Why do cars these days look so angry? It seems that almost no new model leaves its designer’s drawing board without headlamps shaped like a Clint Eastwood squint (with evil-looking daytime running light graphics for added menace) and gaping, downturned front intakes distorted into a snarl.

The thought struck me last December when I saw a 1971 Lamborghini Miura SV and its spiritual successor, the Aventador SV, side by side.

The Miura is an impossibly low, sleek shape with elegance and beauty oozing from its every pore. The Aventador looks like it needs anger management therapy. I don’t recall anyone ever saying that the Miura looked slow or needed more visual aggression…

There are many other examples. Put an original 1960s Porsche 911 next to a current GT3 RS and the new boy looks ready to eat its granddad alive and spit it out.

And almost any new premium-brand SUV you’d care to name is probably styled to look like it could post a sub-8 minute Nordschleife lap time, even if in reality, it will probably understeer into the guardrail when taking an expressway slip road too quickly.

The front end of the Lexus RX, for instance, is an assembly of creases, slashes and intakes, tacked onto the car’s upright shape in the belief that it somehow looks good. I think it just looks like someone has been trying too hard.

In fact, this malaise afflicts others in the model range of Lexus’ parent company Toyota. Such as its latest small soft-roader, the C-HR, whose manga-inspired design, faux vents and overblown fender bulges are comical on a car with a 1.2-litre engine.

Even Toyota’s luxury galleon-on-wheels, the Alphard, has fake intakes in front and a peak spoiler capping its tailgate!

Which is why I love the looks of the new Aston Martin DB11.

If any car has a right to look aggressive, it is the Aston with its 600bhp twin-turbocharged V12 engine, yet there isn’t a jutting, downturned air intake or protruding rear spoiler in sight.

What we have instead are classic good looks, unsullied by tacked-on visual gimmickry. And yet the DB11 succeeds in looking absolutely potent, with the impression of speed imparted simply but eloquently by its lithe, flowing lines and wide haunches.

If only more stylists would follow this lead and go back to drawing inherently good-looking cars, rather than relying on visual aggression to spice up what is an otherwise unimaginative shape.