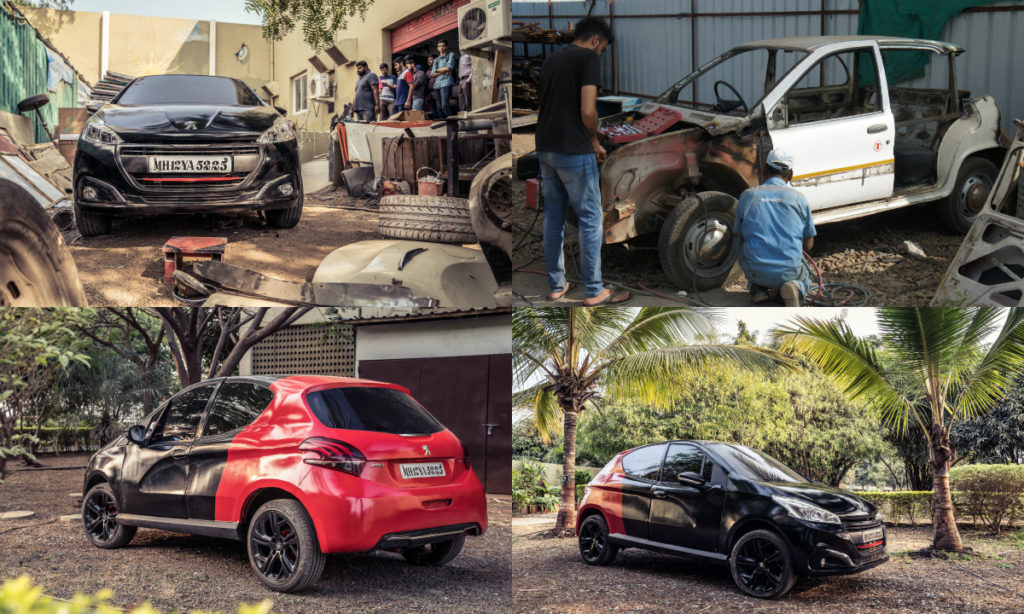 Peugeot’s best-selling car of all time, the 206, celebrates the 20th anniversary of its launch this year.

The original 206 was launched in the form of a hatchback in 1998 and had seen over 5.4 million global sales by December 2005. The car remains Peugeot’s best-selling vehicle to date with 5.1 million sold in Europe and 8.3 million globally.

In celebration of the landmark anniversary, Peugeot took on the challenge of recreating one of the most iconic 206 adverts – ‘The Sculptor’.

In homage to this, the French carmaker converted a Hindustan Ambassador into the Peugeot 208 GTi, using a team of engineers at Ajeenkya D Y Patil University, based in Pune, India. Headed up by Ashish Nar, the team spent several months constructing the vehicle.