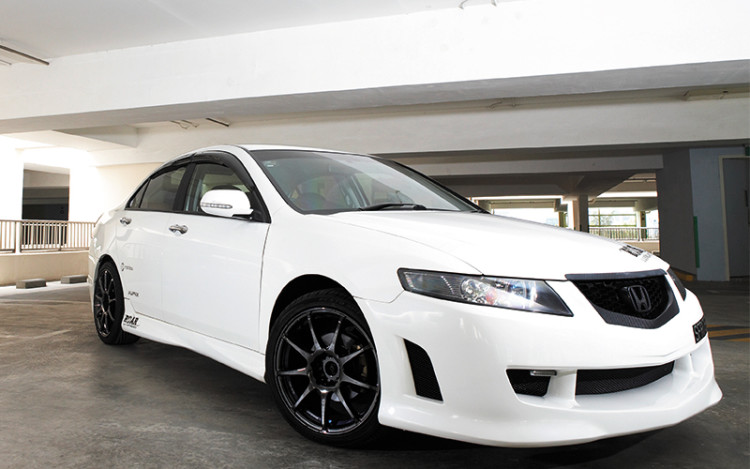 You have to be really committed to souping up your car’s in-car entertainment (ICE) to lay it up for two weeks just to have the installation done. You have to be even than more devoted to drive across three countries to see how your set-up stacks up against the best ICE-ed cars in the region.

The story of this car and its owner Mike give hope to ICE lovers who want a neat and great-sounding set-up, but do not want to shell out tens of thousands of dollars.

Going by the various branded components and the truly impressive way that they have been installed, you would never have guessed that the total bill for the build is just $7000. 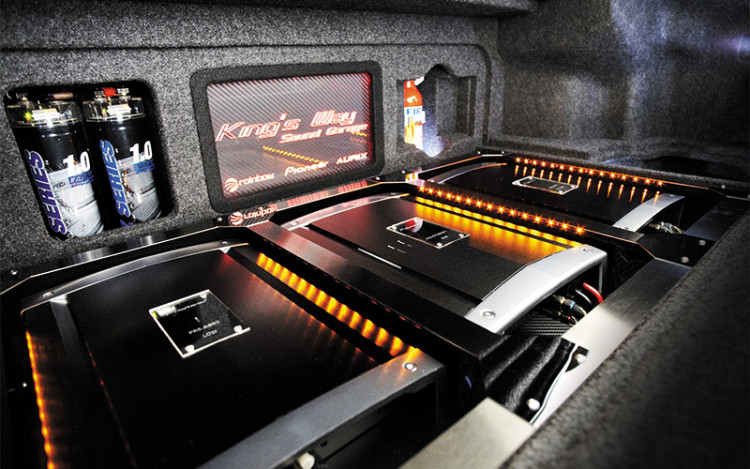 When you consider the myriad of reference-quality goodies involved (three amplifiers, a subwoofer, six speakers up front and a top-of-the-line head unit), seven grand really isn’t that much!

Factor in the neat cabling and wiring, the custom cut and fitted panels, the strict attention to detail and the excellent tuning, and you may even say that it was worth every dollar spent.

The results speak volumes. Mike has driven the car up to Thailand to compete in the IASCA (International Auto Sound Challenge Association) and EMMA (European Mobile Media Association) competitions last year. In all, the car garnered not one, not two, but eight awards, making it one of the most successful ever from Singapore. 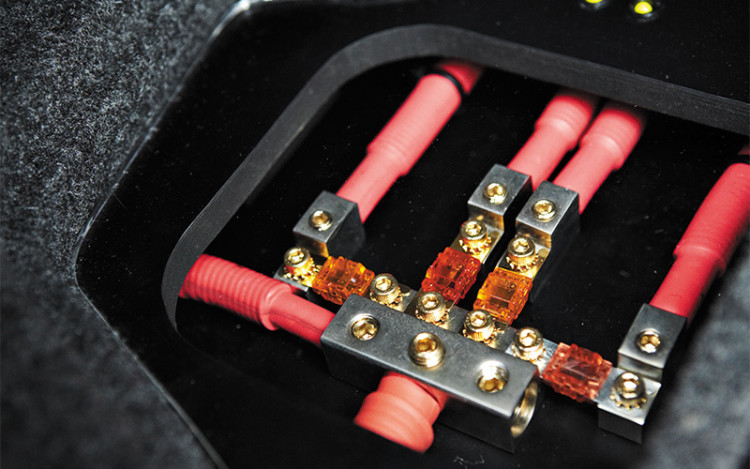 What made these achievements even more amazing was that Mike’s Accord won trophies in “Unlimited” categories where competing cars are done with very little budget constraints and lots of creativity.

Choosing the components was not an easy task because among the eight categories that Mike had planned to compete in, one required the total cost of the components to be under 200,000 Thai baht (about $8000).

So after much discussion with the staff of King’s Way and Terence of Wize Electronics, the parts list was narrowed down to a Pioneer DEX-P99 head unit, two tweeters, two mid-range speakers and a subwoofer from the Rainbow Profi range, two Rainbow Profi Plug mid-bass speakers, two Pioneer PRS-A900 amplifiers and one Pioneer PRS-D1200SPL amplifier. 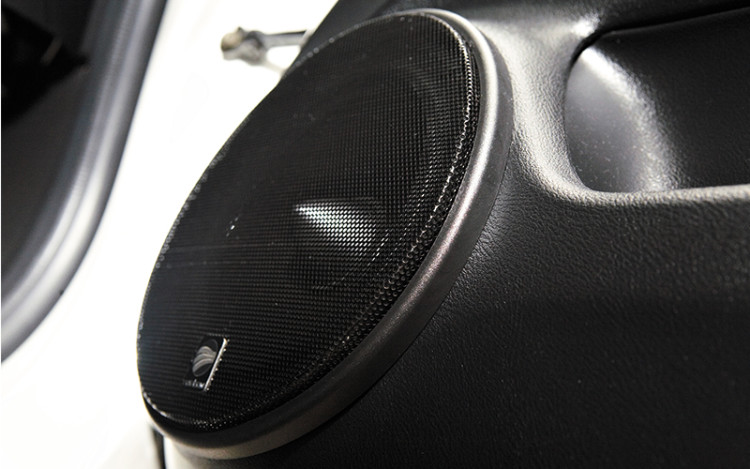 The DEX-P99 is the current top dog of Pioneer’s range. Fitted into its single-DIN chassis is a four-way digital sound processor, four powerful 24-bit digital-to-analogue processors, built-in auto time alignment and a 31-band digital equaliser (one-third octave step per band). The tuning possibilities are endless and even the most accurate tonality can be achieved.

Rainbow speakers need no introduction as they are among the most popular with casual listeners and hardcore ICE enthusiasts. The Profi range was chosen as it performs as well as more expensive speakers, without the crazy asking price. 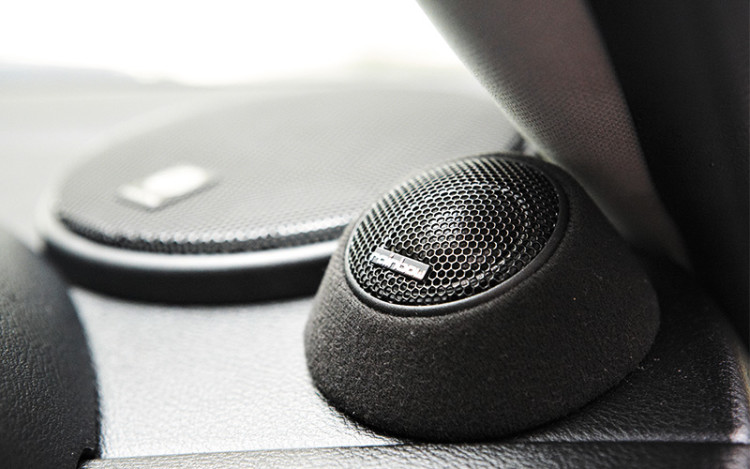 Providing all of the power needed are the amplifiers from Pioneer’s premium line of components, PRS (Pioneer Reference Series). Two PRS-A900 units, each with a maximum output of 200 watts and a filter-less design which eliminates any crossover filters or internal equalisation for the purest of amplified signals, are employed to “fire up” the three-way active configuration in front.

Driving the subwoofer is one PRS-D1200SPL. If you assume that the “1200” refers to the power of the amp, you are only half right. This bad boy pushes out 1200 watts of continuous power, but its maximum power is rated at an earth-moving 2400 watts!

The speaker installation in front is fairly conventional, with the tweeters and mid-range speakers mounted on the extreme corners of the dash while the mid-bass units are located in the doors. The subwoofer, on the other hand, has a rather unique position. It sits in the boot behind the rear seats, with its cone pointing towards the cabin. 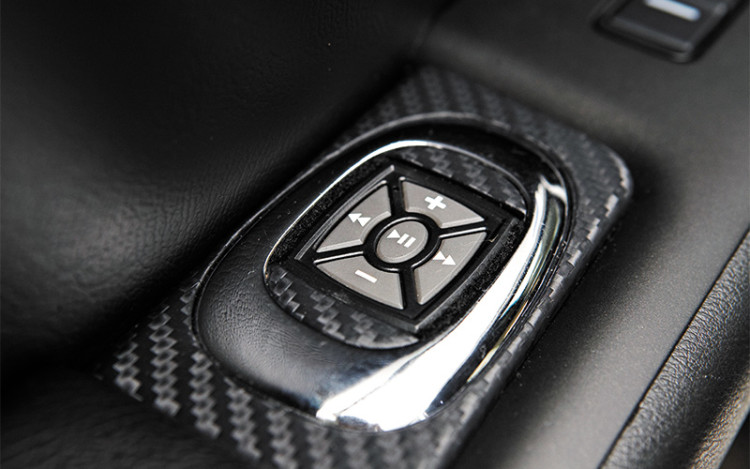 This method of mounting scores points for individuality, but it needs extra woodwork in the form of an additional wall built behind the subwoofer to enable the proper reflection of the low frequencies.

The accessibility and usefulness of the boot are important criteria for the competitions, and this was one area where Mike’s car scored highly.

The amps were mounted on a “false floor” that sits above the spare wheel (yes, it has not been removed) and this platform can be raised with the hydraulic lifters. All cables are neatly lined underneath the false floor. Vents are cut to cool the amps.

There is even a velour-upholstered cover that sits on top of the false floor, hiding the amps and everything else around them from prying eyes.

This is the third system that Mike has installed in his car and achievement-wise, this has been the most satisfying. However, he does not intend to rest on his laurels. He has already begun planning for his next ICE system, and knowing him, it is going to be another stonking one.