Aluminium
Aluminium is used extensively in the modern automobile. The obvious uses are body panels and alloy wheels. However, it’s also used to reduce the weight of numerous components, from engine blocks and cylinder heads to control arms and battery cables.

Calcium
Calcium carbide is an important mineral in the production of steel.

Carbon
Carbon is used in countless ways in a modern automobile, with the most visible use being carbon fibre, which is used for everything from decoration to vehicle frames and body panels.

Gold
Gold is often used in vital electrical system components, such as the circuitry that fires airbags.

Helium
Many vehicular parts and assemblies are leak-tested using helium. Additionally, helium is often used in controlled atmosphere brazing, a manufacturing process for many automotive components.

Platinium
Platinium is a key component in catalytic converters because of its natural resistance to heat and corrosion. In the United States, the auto industry uses more platinum than any other industry.

Read about the raw materials that go into roadworks. 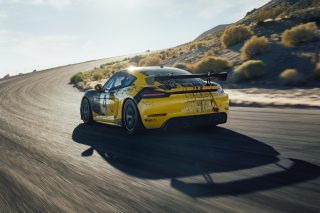