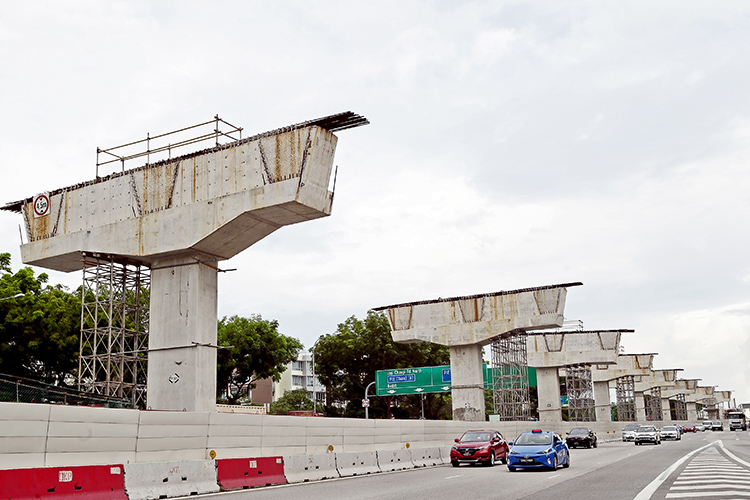 Works to complete a road viaduct linking the Tampines Expressway to the Pan-Island Expressway will begin in the first quarter of next year.

Works to complete the TPE-PIE Changi Viaduct – which collapsed last year, killing one worker – will begin in the first quarter of next year, according to the Land Transport Authority (LTA).

The contract for the project, now expected to be completed in the first half of 2022, was awarded to local firm Hwa Seng Builder for $95.6 million, the LTA added.

Hwa Seng Builder will be responsible for completing the construction of the TPE-PIE Changi Viaduct, including demolishing any structures deemed unsafe, said the authority, adding that the firm is an established contractor which has completed various road construction projects.

Hwa Seng was most recently responsible for building a road link connecting Punggol Central to the Kallang-Paya Lebar Expressway and TPE which opened last month.

No sound or warning prior to PIE viaduct collapse

Work on the TPE-PIE Changi Viaduct, originally scheduled to be completed in 2020, was suspended after it collapsed in July last year, killing one worker – 31-year-old Chinese national Chen Yinchuan – and injuring 10 others.

Investigations immediately following the incident found cracks at 11 locations on load-bearing corbels – a form of support structure – at the worksite.

Original contractor Or Kim Peow Contractors (OKP) – awarded the project with the lowest bid of $94.6 million in 2015 – and five men were charged in May for their role in the fatal collapse.

Court documents alleged the firm and its group managing director, Or Toh Wat, were aware of cracks in the corbels of two piers of the viaduct, but had not conducted proper risk assessments of the affected corbels or taken measures to ensure the safety and health of employees.

Both the firm and Or were also charged with conducting unauthorised strengthening works to surrounding corbels six days before the collapse.

OKP was also accused of failing to stop works from taking place on the affected corbels, despite discovering fresh cracks on the structures that support the viaduct section.

Investigations revealed that a 40m section between two piers of the TPE-PIE Changi Viaduct gave way, with preliminary findings pointing to corbels breaking under the weight of wet concrete.

OKP, which had been convicted over a fatality at another worksite in 2015, faces a maximum fine of $1 million.