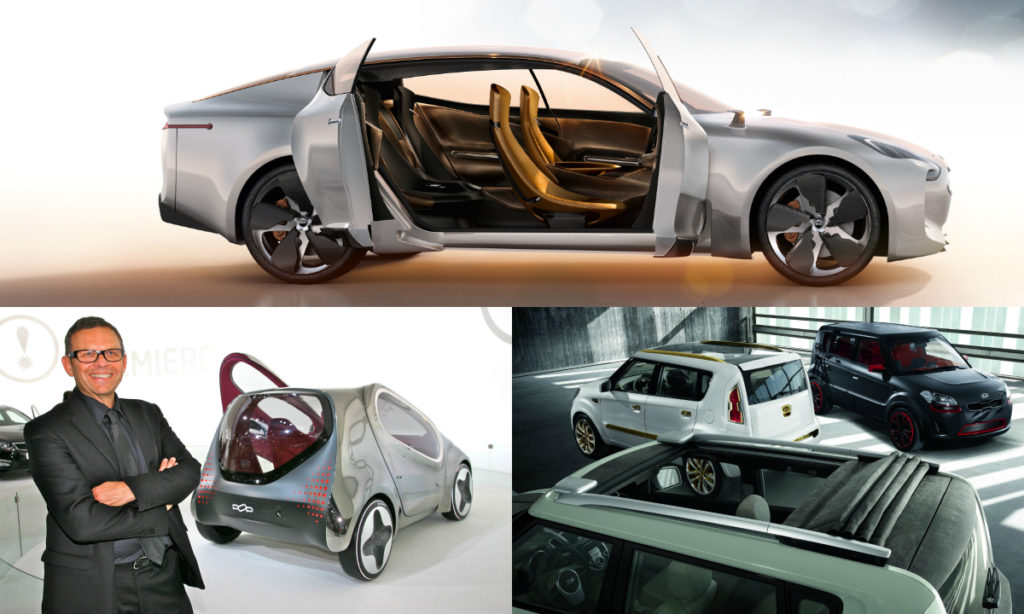 Peter Schreyer is marking a decade of leading new car design for Kia, a period during which the Korean brand’s global sales have risen from 1.1 million cars in 2005 to 3.05 million in 2015.

Schreyer has been the mastermind of Kia’s design revolution over the last decade, a shift which has fundamentally altered the way in which the company’s models are perceived around the world. Having joined Kia Motors in 2006 as Chief Design Officer, Peter Schreyer is now President and Chief Design Officer of Kia Motors Corporation.

Kia had been making improvements for a number of years up to when Schreyer joined in 2006. The brand introduced the new European-built cee’d and its unique seven-year/160,000km warranty to Europe in the same year, and expanded its global manufacturing capabilities as new models entered production.

Customers around the world were opening their eyes to the value and quality of Kia cars, and Schreyer’s fresh design viewpoint provided the impetus for the transformation of the brand and its image, matching Kia’s increasingly global outlook.

In the following years, this vision resulted in the establishment of a consistent design DNA across the growing Kia model lineup, with recognisable signature elements featured in a number of new designs, such as the tiger nose grille which can be seen in various forms on all Kia vehicles. Schreyer’s direction has helped Kia establish a clear identity, raise its brand awareness, and put into production a series of modern, progressive new car designs.

Schreyer explains: “When I started at Kia, it was important that we established an identity and a consistent feeling across the brand. But the story of how our new vehicles came to life is about so much more than just aesthetics. It involves intricate choices in how complex ideas work together to create something that generates an emotional response.”

As Kia has transformed its model range, the proliferation of Korean culture around the world – K-pop, “Gangnam style”, modern architecture in Kia’s own Korean domestic market, and the appreciation of Korean art – has helped inspire Schreyer and his design teams.

Schreyer’s design philosophy is borne out of a Korean inspiration called “The simplicity of the straight line”, which characterises every one of the designs he has overseen. The growth of a truly global network of designers has led to different interpretations of this approach, with design centres now established in California in the USA, Frankfurt in Germany, and at the company’s Namyang R&D centre in South Korea.

Schreyer commented: “For designers, it’s important to not only look at cars, but to be interested in architecture, art, music, industrial design… all sorts of things. They are influencing us and we are influencing them. People now know more about Korea, and about what’s going on there. On the one hand, you have this ‘heartbeat’ when you go to Seoul, and on the other hand, you have the silence, the concentration. Both of these things inspire me and our designers.”

It’s this contrast that has inspired the design language of Kia’s models. Schreyer explains: “We have this treasure where we can find inspiration in art, and simplicity, the luxury of empty space and surfaces. It’s very simple, but it’s done with a lot of diligence and concentration.”

Schreyer’s favourite designs from recent years include the Soul, which “changed the brand” with its standout looks and cool, alternative image; and the new Optima Sportswagon, a true “European lifestyle car” which went on sale in September this year. In addition, the stunning, “forward thinking” Kia GT Concept was launched at the Paris Motor Show in 2011 and suggested what a four-door sports saloon from the company could look like.

Schreyer concludes: “What really excites me is how fast this company is evolving. The brand as you knew it 10 or even five years ago is gone. You can see it in even the smallest detail. You can feel it in the sophisticated textures and materials. And you experience it in ways that are inter-related and connected. As we move forward, it’s important that change is an improvement and not just for the sake of looking different.” 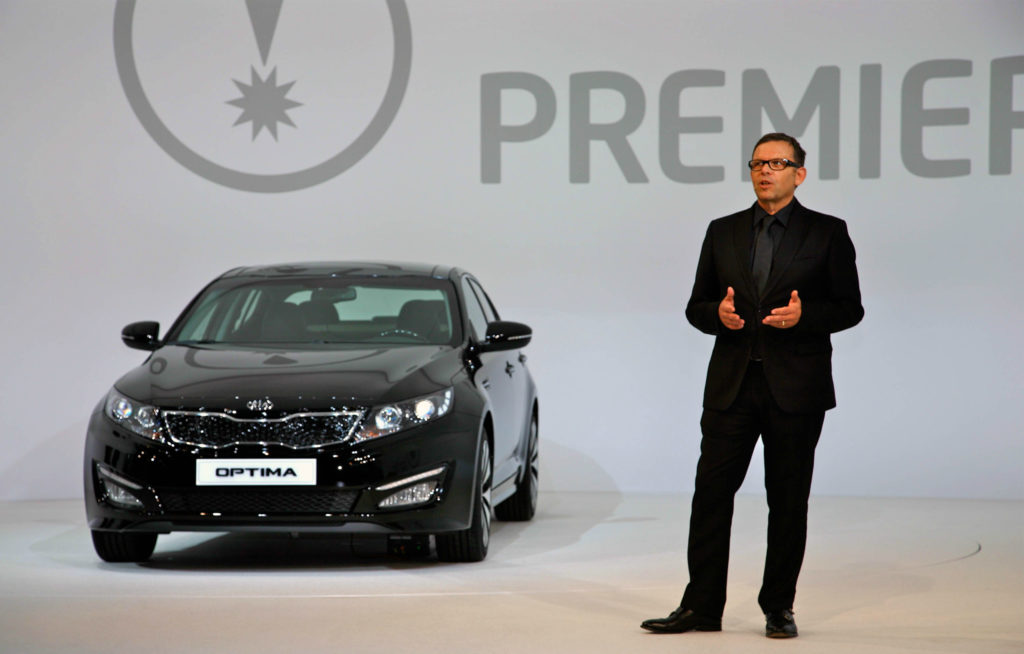