Does a racing car have more parts than a racing bike? | Torque
Loading posts... 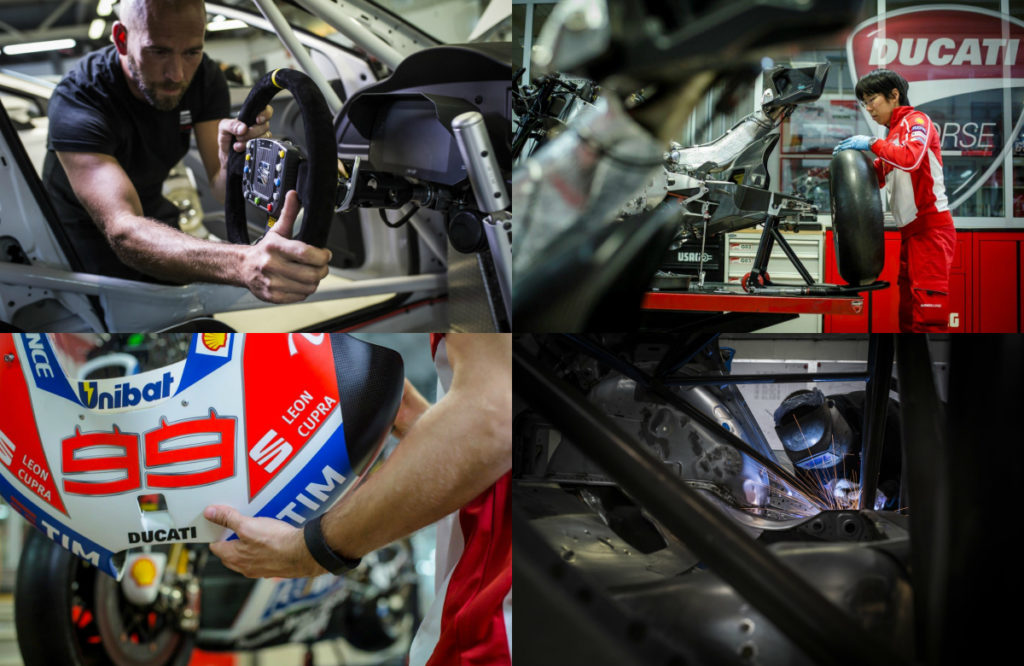 Craftsmanship and technology combine in the production process of Seat Sport racecars and Ducati Corse motorcycles. Their teams work in Martorell and Bologna respectively to produce vehicles fit for a podium. This is how a Leon Cup Racer and a Ducati MotoGP racing bike differ:

Two puzzles containing thousands of parts
The standard chassis of a Leon forms the basis for building a racecar, with 1400 parts added to this structure to turn a production model into a Cup Racer. On the other hand, the 2060 parts of a Ducati are mounted on a chassis that has been specifically designed for racing.

Up to 277 hours of handcrafted work
From the very first part until the vehicle is completed, the teams of mechanics dedicate 277 hours to assemble the motorcar and 80 hours to put together the motorcycle.

The heart of the machine
The Leon Cup Racer engine weighs in at 170kg, while the engine on the racing Ducati weighs 49kg. In both cases, the engine is one of the first components that get put into place. The difference between them is that the engine is lifted into the car with a crane, while on the motorcycle, three mechanics lift the engine by hand to anchor it to the chassis.

Nine milliseconds to change gears
One of the challenges pursued by competition vehicles is to gain fractions of a second every time the gears are shifted. In MotoGP, Ducati relies on Seamless technology, which enables gearchanging in only 9 milliseconds by simply putting pressure on the gearlever. As for the Leon Cup Racer, it features a 6-speed electronic DSG dual-clutch gearbox with steering wheel-mounted paddle-shifters.

Power under full control
The 267km/h performance and 1119kg package of the Leon Cup Racer are controlled with a 378mm brake system up front with 6-piston callipers, while the competition Ducati features a 340mm brake disc and four pistons to handle its 350km/h performance and 157kg weight. 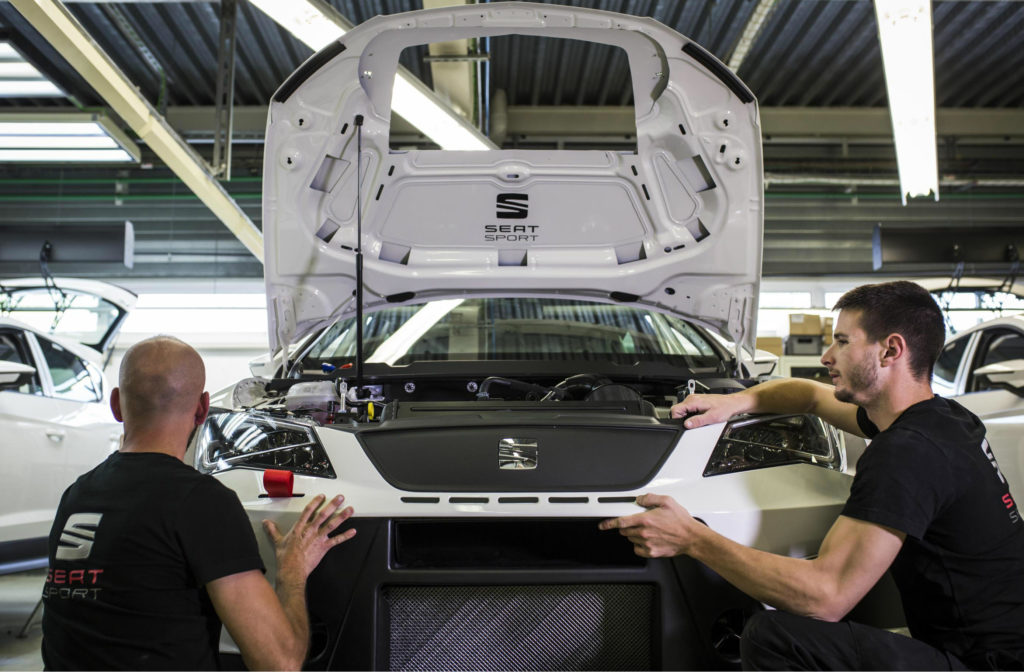 Check out the 2016 MotoGP Safety Car.