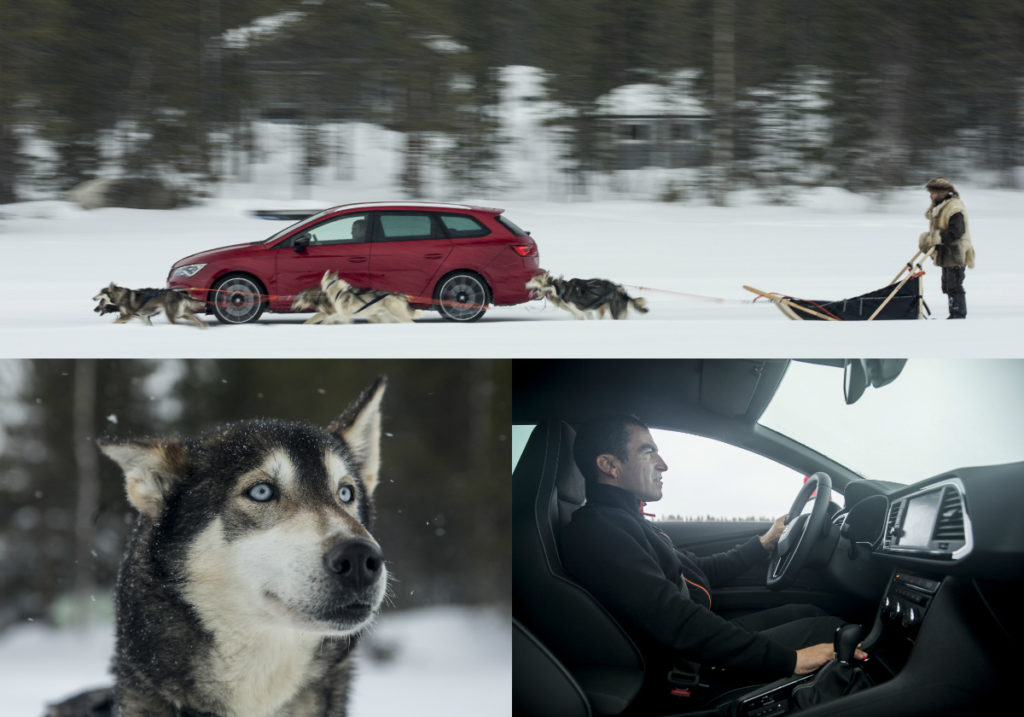 A sled pulled by six Alaskan and Siberian huskies measures up against the Leon Cupra, driven by racing driver Jordi Gené, on a frozen lake in Lapland. It’s a fun challenge aimed at bringing out the best in each of them – the endurance of these ancestral breeds, which can run around 130 kilometres in a day, and the 300 horsepower of the Spanish brand’s most powerful car.

While the 300bhp Leon Cupra is characterised by its performance, accelerating from zero to 100 km/h in 4.9 seconds, huskies are known for their endurance, although they are considered among the 20 fastest dog breeds. They make five-day journeys, reach a maximum speed of 40km/h, and each pull their own weight of around 30kg.

Nearly a metre of ice blankets Lake Pikku-Nissi, one of the 188,000 there are in Finland, and enables cars and dogsleds to cross it without any problems, from the end of the year until well into April.

Mamba and Mustys are the two lead dogs that guide the team while sledding. Their trainer, Susi Normand, claims that they become leaders of the pack instinctively: “They have to be mentally strong and brave”. “Just like race drivers,” Jordi replies.

The grip of their paws enables the huskies to run over ice or snow at the same speed. Jordi also takes full advantage of the Leon Cupra 4Drive system and snow tyres with special studs for extreme driving on ice.

For the huskies, the -5ºC displayed on the thermometer is typical of a balmy day; the ideal temperature for them is between -10 and -25 degrees C. The same way their fur enables them to withstand the cold, cars can also endure very low temperatures. In fact, they are tested at temperatures ranging from -40ºC to 110ºC to guarantee their quality remains the same no matter what the weather conditions are like.

Just as the Leon Cupra features 4-pot Brembo brake callipers, the sled is equipped with a clawed metal bar. Both require a brake to match their performance. In fact, the dogs pull so hard that the musher has to step on the brake with both feet to prevent an excited team from taking off before the order is given. While on the move, it stabilises the seat and prevents the sled from swinging when taking curves.

“We both take bends in a similar way – we brake before the curve to position the vehicle and ride it out correctly,” says Jordi.

Huskies participate in several dogsled competitions all over the world, such as the European Championship or the End of the World Race in Argentina. Seat’s Cupra cars have also achieved impressive successes in their lifetime, especially two record times on the Nurburgring, where both the Leon ST and the five-door Leon set a lap time of under 8 minutes. 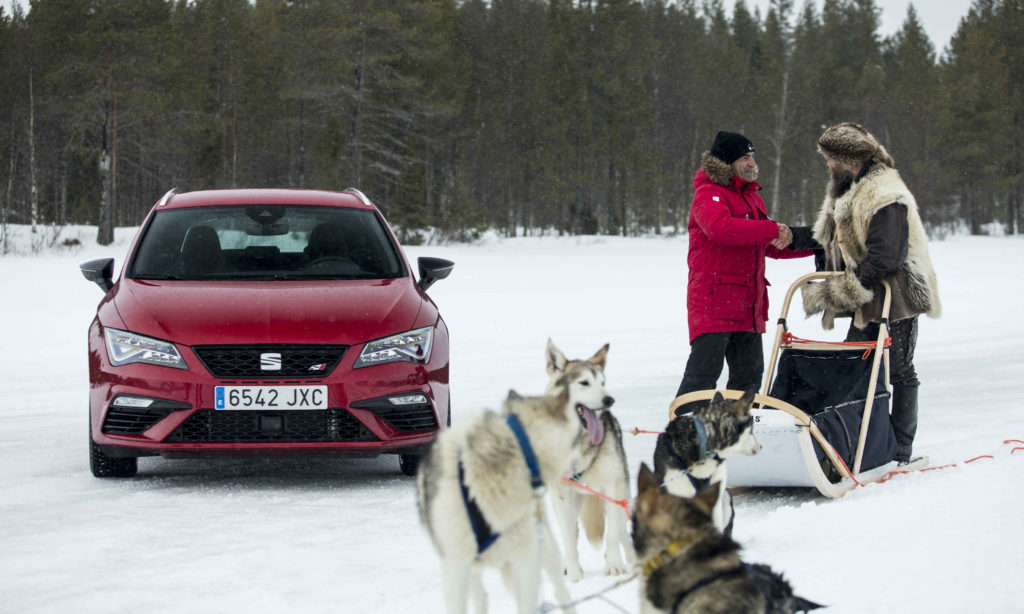 Read our review of the first Seat Leon Cupra in Singapore.