SINGAPORE HAS TOO MANY OLD COMMERCIAL VEHICLES | Torque
Loading posts...
0

If you have been seeing more commercial vehicle (CV) breakdowns lately, and possibly been caught in jams caused by such breakdowns, brace yourself for even more. Because Singapore’s CV population is ageing.

Despite the mandatory vehicle inspections all vehicles must pass, there is no denying that there is a strong link between age and mechanical dependability. On that score, the spotlight falls on buses and goods vehicles. Out of the 144,000 or so goods vehicles on the road, 40 percent are 10 years of age or older. And 36 percent of the 17,000 buses here are of that age profile. In comparison, only 1.7 percent of the 621,000 passenger cars are as old.

What makes it all the more worrying is that such commercial vehicles clock a lot more kilometres than private cars.

A light goods vehicle covers close to 30,000km a year on average, while a heavy goods vehicle covers about 40,000km. Buses do more than 50,000km per annum. An average car in Singapore, on the other hand, travelled only 18,200km in 2012. Hence, a 10-year-old dumper truck already has 400,000km on its odometer, while a school bus of the same vintage has travelled more than half a million kilometres.

Such breakdowns can have a devastating impact on traffic flow. Often, they are too big to be pushed out of the way, so they will block other vehicles until a tow truck (one that can handle the heft of such vehicles) arrives. Besides the untold loss in man-hours these incidents lead to, there is also an environmental impact. Crawling, stop-start traffic causes inefficiency, which leads to higher emissions.

On that front, the age profile of buses, vans, trucks and lorries has an environmental dimension, too. Many of them were launched at a time when emission requirements were much lower than today’s. The Government estimates there are 38,000 diesel vehicles here that pre-date the Euro 1 exhaust emissions standard. Today, new diesel vehicles imported to Singapore must meet at least Euro 4. From this year (2014), they must meet the stringent Euro 5 standard.

As it is, about 70 percent of goods vehicles and buses here do not meet the Euro 4 emission standard. Of that, about half do not even meet the Euro 2 standard.

What does that mean in terms of carbon dioxide released? Let’s assume all the 38,000 pre-Euro vehicles are light diesel vehicles. For Euro 1, such vehicles can emit up to 5.17g/km of CO2, compared with 0.63g/km for Euro 4 models. At an average annual mileage of 30,000km, this cohort will produce 5900 tonnes of CO2 a year, versus 718 tonnes if they were Euro 4 compliant.

As for particulate matter (a serious health hazard posed by diesel vehicles), the difference is just as stark. We are talking about 217 tonnes versus 5.7 tonnes a year. That means these old diesel vehicles produce more than 200 tonnes of “extra” soot annually – or the equivalent of what 20 large dumper trucks can carry.

Now you must be asking, why are there so many old commercial vehicles on the road? That reason goes back to 2006, when the Euro 4 emission standard was implemented. Because the Japanese manufacturers (which enjoyed a lion’s share of the market) were not ready to introduce Euro 4 models until 2007 at the earliest, sales plunged. This resulted in COE premiums for such vehicles crashing to $1, which made fleet owners rush to extend the lifespan of their vehicles by renewing their COEs. And with COE prices skyrocketing in recent years, business owners further delayed replacing their fleet.

This double whammy led to a commercial vehicle population that aged dramatically over a decade. In 2005, for instance, only 15.7 percent of the goods vehicle population was 10 years of age or older – a far cry from the 40 percent today.

So, the next time you are stuck in a traffic jam because a truck had broken down in front, or you are inhaling a lung-full of black exhaust smoke, remember 2006. 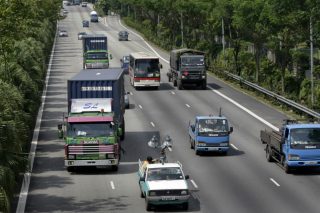 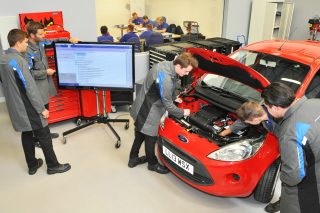 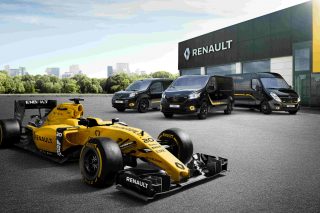 Renault’s Formula Editions of the Kangoo, Trafic and Master 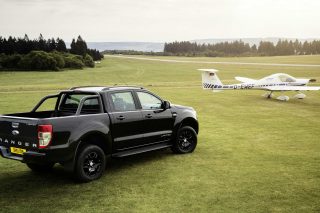 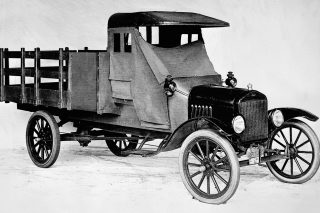 Ford introduced its first commercial vehicle, the Model TT, in 1917 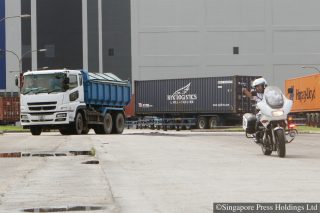 Renault’s Formula Editions of the Kangoo, Trafic and Master

Ford introduced its first commercial vehicle, the Model TT, in 1917