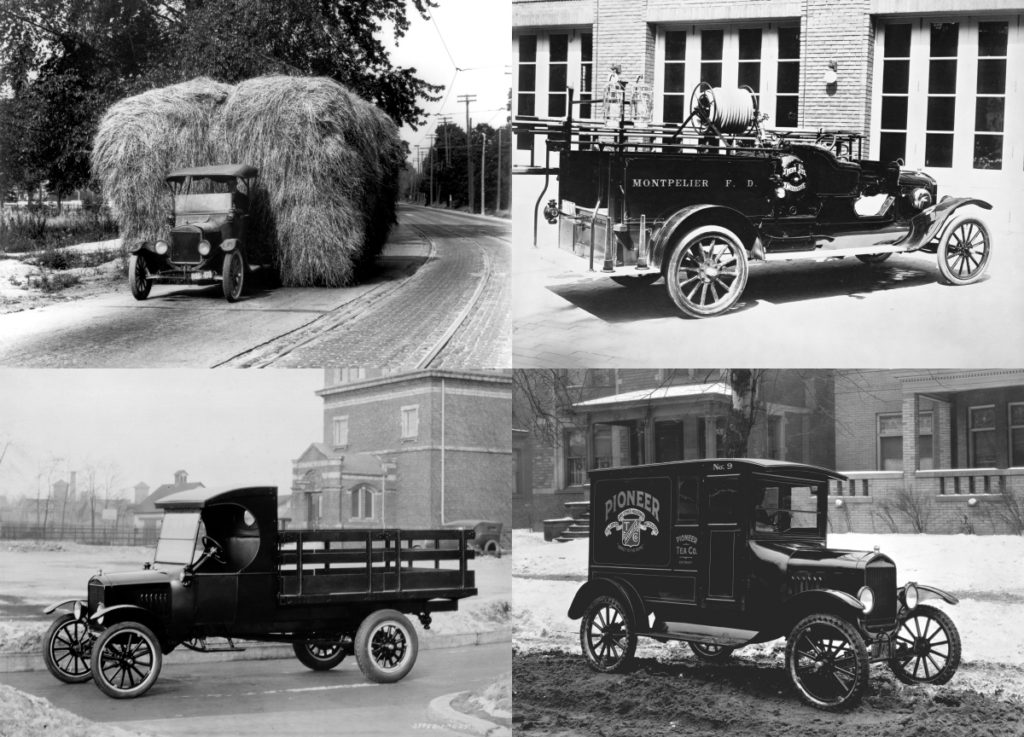 You’ve heard of the Ford Model T, the iconic car that became a global success story. But how about the Model TT?

Though less well-known, it also had a big impact – as the forerunner to the modern-day van and pickup, including today’s Transit.

First launched 100 years ago in 1917, the Model TT was Ford’s first purpose-built 1-tonne van. Owners could customise the chassis with a cargo bed to transport everything from letters to fuel. First launched in the US, many were actually built in Europe – in Manchester, UK.

The Model TT van was longer and stronger than the Model T car, with a cab that could seat one driver and one passenger. The engine was started using a cranking handle on the front. For a smoother ride, customers could choose modern air-filled rear tyres instead of solid rubber.

“It is amazing that while in some ways today’s vans are a million miles from the Model TT in how they have come on, they fundamentally do the same job as they were designed to do 100 years ago – providing a flexible means of keeping businesses on the move,” said Hans Schep, general manager, Commercial Vehicles, Ford of Europe.