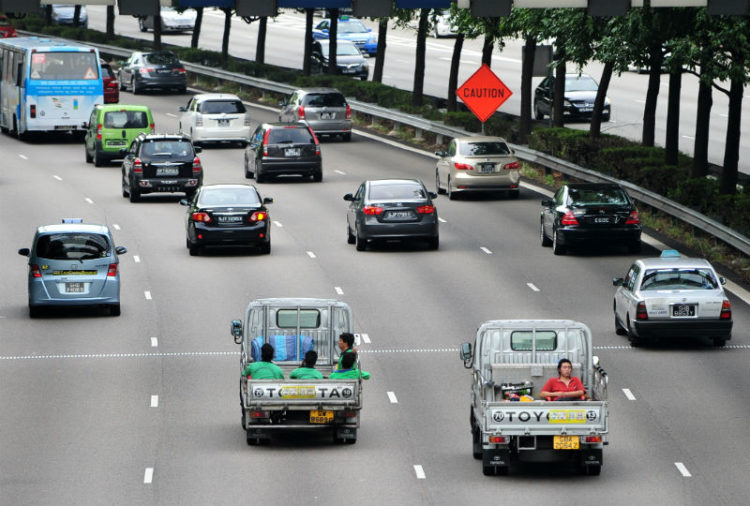 The subject of an 18-year-old youth crashing a 500+ horsepower (hp) Nissan GT-R into another car at Leisure Park Kallang has been a hot topic over the past few days.

Not surprisingly, some people are clamouring for more stringent licensing restrictions such as a tiered system to prevent such accidents happening again. These restrictions have been in place for motorcycles for a long time.

There are some merits for extending them to motor vehicles as they will slow down youthful vigour on the road towards getting a more advanced driving licence. Along the way, one is also expected to acquire more experience in driving skills.

This process will help ensure that only the very best drivers race at F1, where a “slow” driver is more of a hazard than a fast one.

The performance specs for consumer cars are large. Usually, one takes the driving test in a small family saloon. Upon passing, one is required to drive under a probation plate for one year. But there is no restriction in the type of cars that you can drive, except for the difference between a Class 3 and 3A .

The “A” stands for automatic cars. There’s a bit of gray area here as quite a few nice cars have a manual override option on their auto gear boxes.

The accessibility of “supercars” for the young is much more restricted in Singapore. The Certificate of Entitlement, tax structure and stringent inspection standards that prohibit modifications pretty much ensures these cars remain in small numbers.

Supercars driven by the young quite often belong to or are sponsored by some rich relatives. To avoid expensive insurance premiums, they are also registered under an older driver. I recall two such cases.

The big challenge in a tiered licence scheme for cars is in the classification of a super car – how do you classify one?

Many hatchbacks, coupes and even family saloons can be ordered in upgraded trim. The success of turbo charging means that even small two-litre-engine cars can churn out over 300hp.

An aspiring driver going for a second stage test must also be prepared to spend a handsome sum of money practising in a supercar and going for the test. It raises the conundrum of what criteria do we look for in this so called advanced licence and where is the testing to be done?

Many seasoned motorists have often held the view that drivers which excel in the World Rally Championship circuit are much better in overall driving skills than the F1 chaps!

In practical terms, it will also restrict the opportunity for many to be able to drive a supercar even if he is a good older driver. The super car status will then be further elevated into a highly prized social trophy.

In reality, the risks posed by irresponsible heavy truck drivers are higher.

Enforcing a tiered driving licence scheme is also difficult. There will be much inconvenience to super car drivers being flagged down often just to check on their licence even if they are driving within the speed limits.

Speeding offences and accidents are often caused by the adrenaline rush of power as you step on the accelerator pedal.

Who can forget the Ferrari that crashed at the junction of Rochor Road causing three deaths? At the wheel was a 31 year-old Chinese businessman.

Perhaps the answer is more stringent enforcement for bad road behaviour. Over time, this will instill in us a deeper respect every time we get behind the wheel to drive responsibly – and to behave ourselves.