Turbo lag: What causes it and how can you avoid it? | Torque
Loading posts...
0 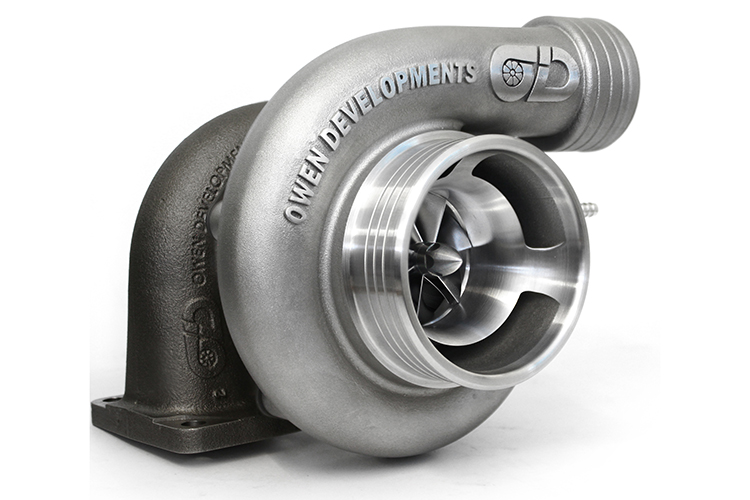 A turbocharger from Owen Developments.

Turbo lag is something you’ll hear many enthusiasts complain about.

But what does this term actually mean?

Don’t worry, this short article will bring you up to speed – with minimal lag (no pun intended).

FIRST THINGS FIRST, WHAT IS A TURBOCHARGER?

A turbocharger increases an engines power output by literally forcing more air into it.

Think about what happens to a fire when you use a bellows to fan the flames.

The flames get much bigger.

When a turbocharger forces more air into the engine, it creates a bigger “bang”.

This boosts the horsepower.

HOW DOES A TURBOCHARGER WORK?

Turbochargers are powered by exhaust gases.

One side of the turbo captures some of the exhaust gases (the rest get sent towards the exhaust system), which are used to spool a turbine.

This exhaust turbine is connected to an intake turbine.

So, when the former spins, so does the latter.

As the intake turbine spins, it pulls air into the engine.

WHERE DOES TURBO LAG COME IN?

Turbo lag is what you feel when you’re waiting for the boost to kick in.

Because the turbines do take time to spool (or spin), there is some degree of turbo lag.

After depressing the accelerator pedal, it takes about a second (in most modern cars) for the turbo to spool.

Basically, when the car is coasting or power is not being applied, there are not enough exhaust gases to spool the turbine/s.

DO I AVOID TURBO LAG BY DRIVING FAST?

Well, unless you’re on a racetrack, no.

One solution to turbo lag is to keep the engine rpms up.

If your car has a manual gearbox, you’d keep to a lower gear or purposely downshift while at speed.

If you have an automatic gearbox with manual override, you’d use the function to downshift to kick up the rpms.

However, bear in mind that the higher the engine revs, the more fuel you will use!

Carmakers use several solutions to deal with turbo lag.

These include utilising twin-scroll turbos or using two smaller turbos instead of one large one to boost an engine.

Smaller turbos spool up much faster than a single large turbocharger.

Manufacturers may also use strategies such as using a small and a big turbo at the same time.

The small unit spools up faster for low to moderate speeds, while the larger turbo kicks in at very high speeds.

This means that the engine delivers its oomph in a smooth and consistent manner, with little to no turbo lag.

What is the difference between “twin turbo” and “bi-turbo”?