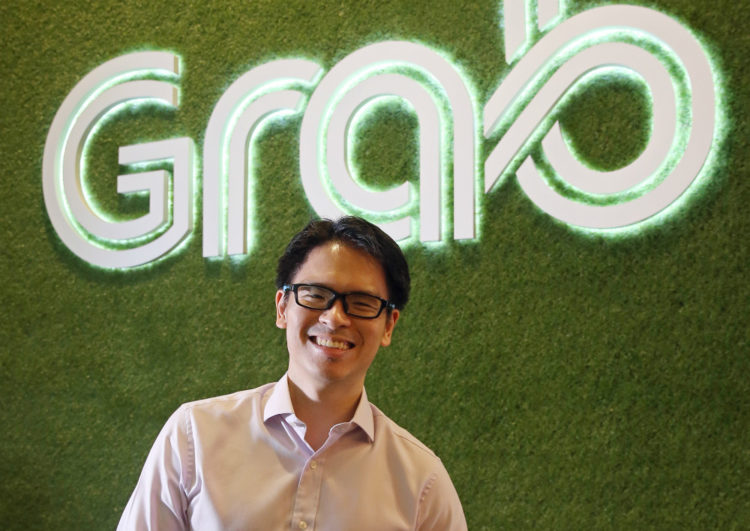 The ride-hailing business is booming in Singapore.

In February, Transport Minister Khaw Boon Wan told Parliament private-hire services such as Uber and Grab made up half the market for point-to-point transport options.

Mr Warren Tseng, Uber Singapore’s general manager, had a front-seat view of the huge growth. From occupying a room the size of a “closet” with only three employees when it began operations here in 2013, the US ride-hailing giant now has over 300 staff, in an office covering 8000 sq ft across two floors of Guoco Tower in Tanjong Pagar.

Before joining Uber, Mr Tseng – who holds two engineering degrees as well as an MBA – had worked in the venture capital sector in the United States, and as a trader at an investment bank in Hong Kong. The 34-year-old Taiwanese-American said the “pretty random path” he took career-wise helped him when he was recruited by Uber.

“All these fields have really interesting problems that need to be solved,” he said, adding that, here in Singapore, Uber’s was working around the high price of cars.

“In the US, when you find a driver, they usually come with a car, because everybody has cars,” he said.

“Here, it was just so difficult for drivers to get a car, and that made it difficult to expand the business.”

Uber resolved this by starting car rental firm Lion City Rentals, which Mr Tseng helped launch, marking the first time the ride-hailing firm had a fleet of its own vehicles.

Grab – Uber’s competitor in the region – has grown, too, since it began operating here as a “humble start-up”, also in 2013, said Grab’s Singapore head, Mr Lim Kell Jay.

Originally a taxi-booking app, Grab has since expanded its offerings to include a variety of services, such as private-hire cars, car pooling and shuttle buses.

“The company grows so fast that I feel I have to reapply for my job every six months,” said Mr Lim, 34, who has a degree in electronic engineering and who worked for nine years in the consulting line before joining Grab.

He said that the company moved into different services as part of its goal of “making transport accessible to all”, which includes providing commuters with more affordable options.

“With just taxis and cars, we’re not serving those commuters (who now take the bus or train). GrabShuttle allows us to bring the price point lower to serve that segment,” he said of the shuttle bus service. At Uber Singapore, general manager William Tseng is determined to get even more Singaporeans actively using its platforms.

Mr Lim denied that Grab was spreading itself too thin with its various ventures, noting that each new service had been assessed on its viability before being launched.

He also does not see a clash of interests in having both private-hire cars and taxis available on the same platform.

“We are not here to destroy the taxi industry – we are here to empower them and make them more competitive,” he said.

He described new regulations governing private-hire cars as “a step in the right direction” towards formalising the industry.

In March, the Land Transport Authority opened applications for the new Private Hire Car Driver’s Vocational Licence (PDVL), which drivers must obtain before they can drive for either Grab or Uber.

Mr Lim said Grab was “working very closely” with the authorities to ensure that it complies with the regulations, adding that the firm takes a “collaborative approach” to working with regulatory bodies both here and elsewhere in the region.

Uber’s Mr Tseng, on the other hand, believes that the regulations could have a negative impact on some of its drivers. These include permanent residents, who must be employed by a chauffeured services firm to qualify for the PDVL.

“For the regulators, it’s important that the rules and processes they put into place don’t exclude these drivers’ needs,” he said.

Competition does not worry Mr Tseng, who said competing just forces Uber to stay on its toes. The host of copycat services that have popped up in Uber’s wake is proof of its success, he said.

He pointed to taxi firms adopting dynamic pricing – where fares fluctuate based on demand and which was first introduced by Uber – under Grab’s JustGrab platform, as well as GrabShare, a ride-sharing service similar to uberPool.

Controversies that have struck Uber elsewhere – including allegations of sexual harassment and the revelation that it secretly used software to evade law enforcement – have had a minimal impact on business here, said Mr Tseng.

He added that Uber here has the privilege of operating “autonomously” from its other offices.

On Uber’s future plans, he noted that there are “over a million” people here who actively use the app . “That just tells me there are a lot of Singaporeans we need to get using our app more often,” he said.

Grab has bolder plans, said Mr Lim. “We have aspirations to become the lead tech company in South-east Asia.”