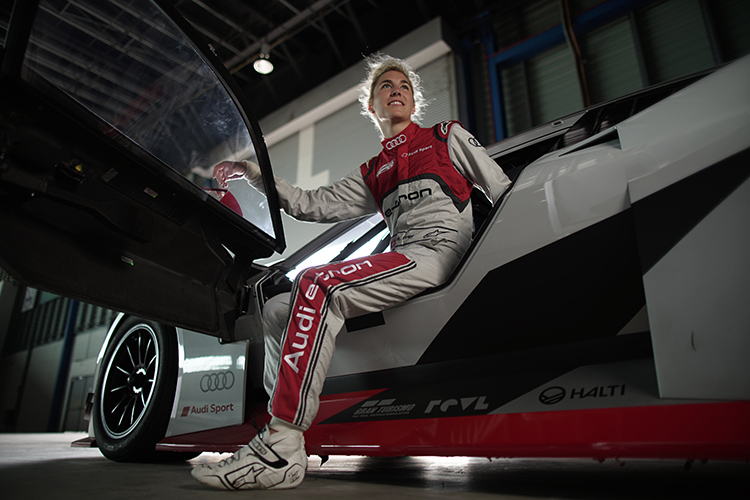 The W Series, an all-female single-seater racing series, is set to begin its first season this year.

It will start with circuits in Europe, before expanding to America, Asia and Australia in the future.

The W Series is backed by prominent motorsport figures such as multiple Grand Prix winner David Coulthard, and Adrian Newey, one of the foremost design engineers in Formula 1.

The premise of starting the W Series is the belief that women can compete equally with men in motorsport, but an all-female series is a necessary first step to garner greater female participation.

This should come as good news, especially to those who lament the lack of female participation in high-level, mainstream racing.

However, reactions to the W Series are mixed. Williams F1 deputy team principal, Claire Williams, considers this a “regressive step”, a view echoed by IndyCar veteran, Pippa Mann, who feels that the W Series will segregate women rather than support them.

Having been involved in motorsport in various capacities – as a driver and co-driver, a committee member of the National Sporting Association (NSA), the chair of the Women in Motorsport Commission, a Formula 1 senior official and a motoring writer, my take is more positive.

I prefer not to focus on whether women can compete with men, but on the opportunities that we are being given.

The W Series is an excellent opportunity for the 18 to 20 female drivers who will compete in it. Where they take it is entirely up to them.

Growing up, I was free to pursue my interests. Nobody ever told me that I should not be racing cars because it was for boys and for that, I am grateful.

Undeniably, having a motoring enthusiast as a father, someone who is also a respected figure in the local motorsport fraternity, helped. 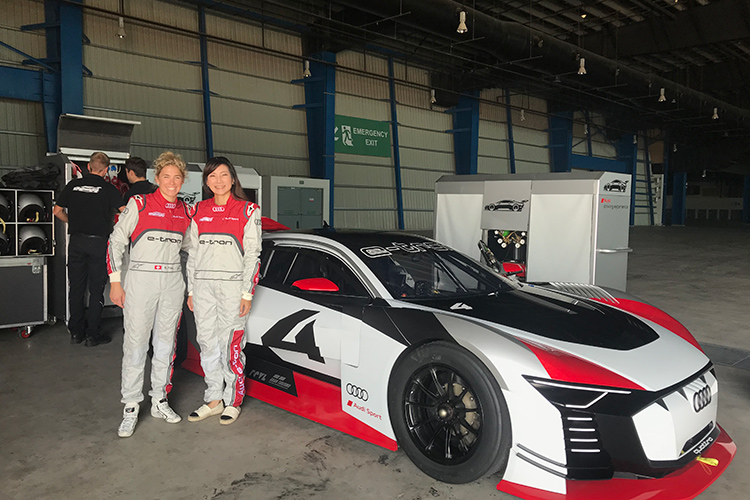 Lynn’s encounters with women in motorsport have included Rahel Frey (above, left), Audi’s factory driver in the GT3 series.

Over the course of my motorsport involvement, I have had the privilege of interacting with other women in motorsport who have inspired me with their indomitable spirit.

One of them is Susie Wolff, the team principal of Venturi Formula E Team and former Williams F1 development and test driver.

She became the first female driver in 22 years to participate in a Formula 1 practice session back in 2014.

Her parents were into motorsport, although it was two wheels instead of four, and her upbringing taught her to do what she enjoyed doing and not worry about what other people thought.

She recounted her first karting experience, where she was slower than everyone else. Instead of giving up, she persevered and the more she raced, the faster she got.

For her, racing is not to prove a point. She races because she loves racing. “I’m here as Susie Wolff, not as a female on a crusade to show the men what I can do.” 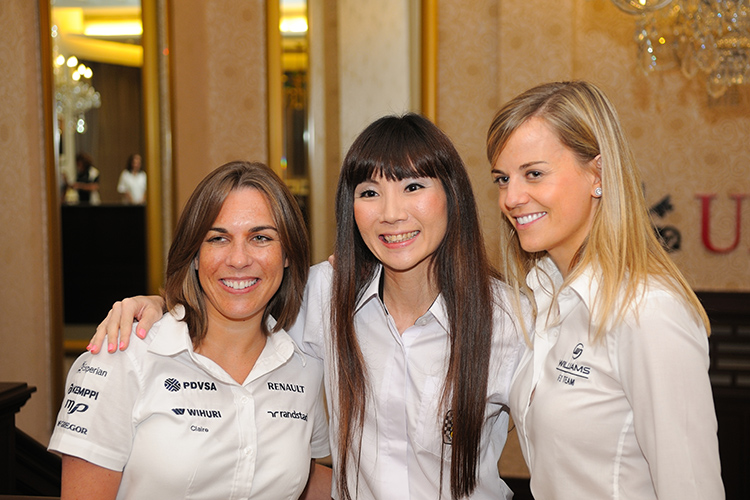 GT3 and Audi factory driver, Rahel Frey, on the other hand, feels that as a female driver, there is a need to “double prove” herself. But she has managed to turn that into her strongest motivation.

“There is always one moment where you can show your ability and prove yourself. You just have to know when it is and take your chance.”

As a mother, I always remind my daughter that she must do what she loves and love what she does. I firmly believe that passion is what motivates us to continuously improve ourselves.

The person we need to beat is ourselves, not anyone else, male or female. As long as we have given it our 100 percent, we will have no regrets.