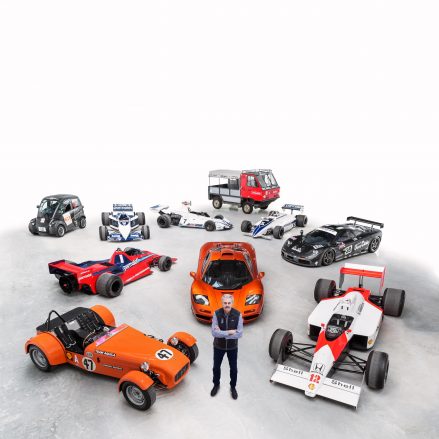 Gordon Murray has been awarded a CBE (Commander of the British Empire) in the Queen’s New Year Honours 2019.

Automotive designer and engineer Professor Gordon Murray can now add a “Sir” to the start of his name, having been made a CBE (Commander of the British Empire) in the Queen’s New Year Honours 2019.

The designer of cars like the McLaren F1 and the legendary McLaren MP4/4 Formula 1 car was recognised for “services to Motoring”.

“It is extremely humbling to receive a CBE in the Queen’s New Year Honours. I’ve spent more than 50 years doing what I love, working with a wealth of highly-talented and creative people around the world, but primarily in the UK,” Mr Murray said.

“From the competing during the heyday of Formula One, to designing the world’s fastest supercar, I’ve loved every minute. I’d like to dedicate this honour to all those I’ve worked with over the years and I look forward to an exciting new future for the Gordon Murray Group.”

Mr Murray moved to the UK to join the Brabham Formula One Team as technical director, winning the 1981 and 1983 world championships.

in 1988, he moved to McLaren International as technical director, where the team won three consecutive championships in 1988, 1989 and 1990.