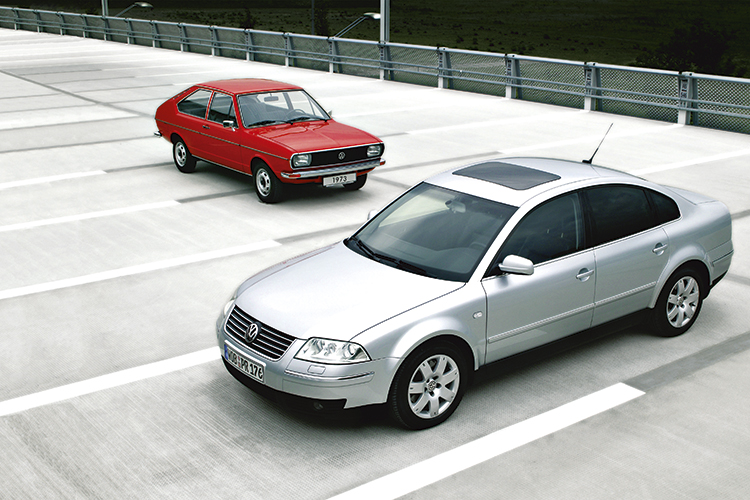 The word “Passat” is German for “trade wind”, which is fitting when you consider the car’s contribution to Volkswagen’s export drive in the past 39 years. Even though the Golf has been the signature VW for the longest time and the Beetle is loved by more people (many of whom made love in one), the six generations of Passat represent some of the best work by the German automaker.

The very first Passat, however, was partly the work of Audi, whose 80 hatchback shared most of its mechanical makeup with the 1973 VW. Both vehicles were positioned as modern fastback saloons, with Volkswagen particularly proud of the Passat’s inline engine mounted at the front and cooled by water – apparently the perfect antithesis to the original Beetle with its air-cooled, rear-mounted engine. Good thing the first Passat was fairly economical – its market debut coincided with the Opec oil crisis, when petrol prices doubled. 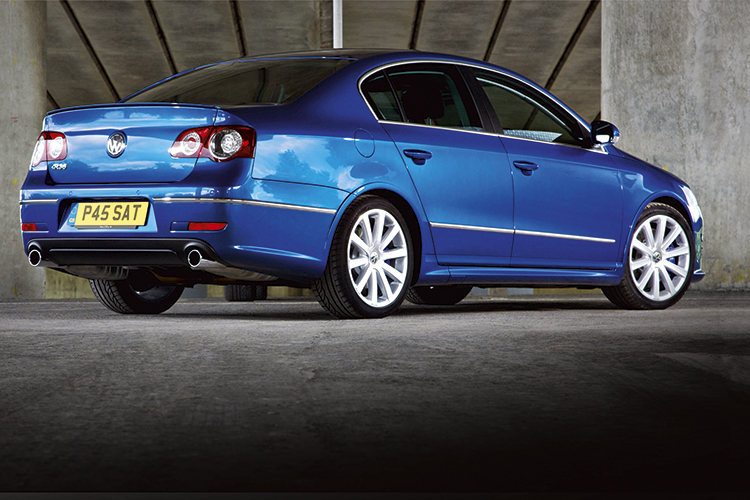 Volkswagen Passat R36 was a good attempt to add genuine sportiness to the Volkswagen range.

The second-generation Passat, codenamed B2 and introduced in 1980, was a standalone four-door separate from the Audi 80/90 of the same era. It had technical innovations such as semi-independent suspension, an early VW turbo-diesel and all-wheel drive (termed as “syncro”). The 1985 update programme included a 200km/h Passat, powered by a 2.2-litre 5-cylinder. This generation of Passat also spawned the Santana, which would go on to become Volkswagen’s greatest hit in China. It’s still the most common taxi there.

The B3 Passat launched in 1988 would have been a better Santana for Chinese cab companies, because its ratio of interior space to exterior size was said to be very high. This was also the most “political” Passat ever – it saw the fall of the Berlin Wall and celebrated the reunification of Germany. It also looked like a stretch limo beside the East German Trabant. That grille-less front end is a distinctive design feature, but the B4 facelift a few years later “put back” a generic radiator grille similar to that on the Mk 3 Jetta. 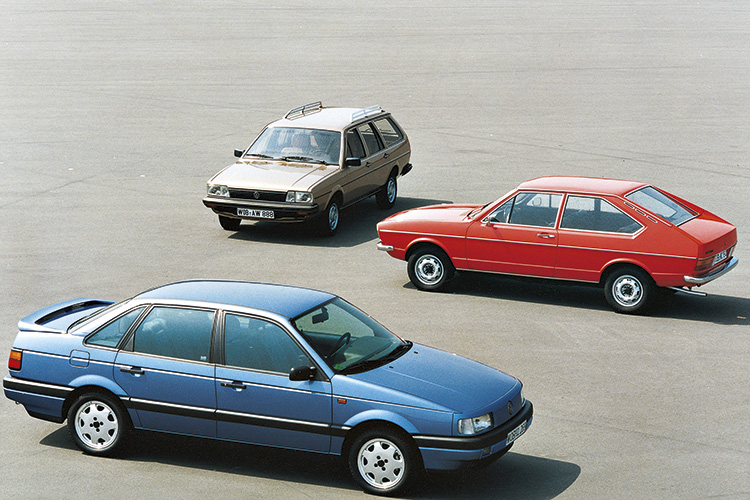 First three generations of the Volkswagen Passat provided decent “nutrition” for the practical driver back in the 1970s and 1980s.

In 1996, the B5 Passat arrived. Its highlights were fully galvanised bodywork, multi-link front suspension, standard side airbags and a greater level of luxury that tiptoed into Audi A6 territory. At the turn of the century, the Passat was updated and its quality level raised further.

At the 2001 Geneva Motor Show, Volkswagen presented the Passat W8 – its 4-litre 8-cylinder in an unusual W configuration, producing 275bhp put through a 5-speed Tiptronic to a 4Motion chassis. This “large” Passat’s Geneva debut was, however, overshadowed by the Phaeton, Volkswagen’s ambitious attempt to out-Benz the Mercedes S-Class. 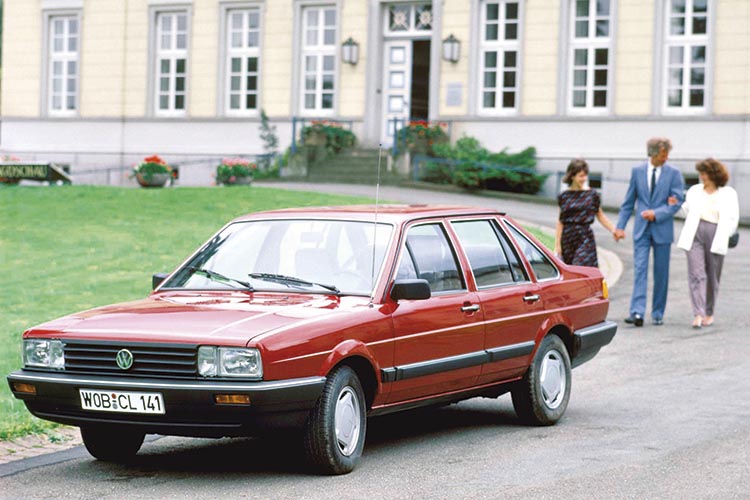 The Volkswagen Passat became the Santana, which China has been building since 1985.

The current B6 Passat was brought out in 2005 (and facelifted five years later in 2010), boasting features such as grand tourer-style seats, keyless ignition, bi-xenon adaptive headlamps and draft-free Climatronic air-conditioning “borrowed” from the Phaeton. The B6 line-up included an R36 performance derivative, with a delectable 3.6 V6 and a sporty demeanour (complete with blue brake callipers). More interesting to eco-conscious motorists is the parsimonious Passat BlueMotion – the 2007 edition can travel 19.6km on a litre of diesel, while the improved 2009 version can achieve an impressive 22.7km per litre. 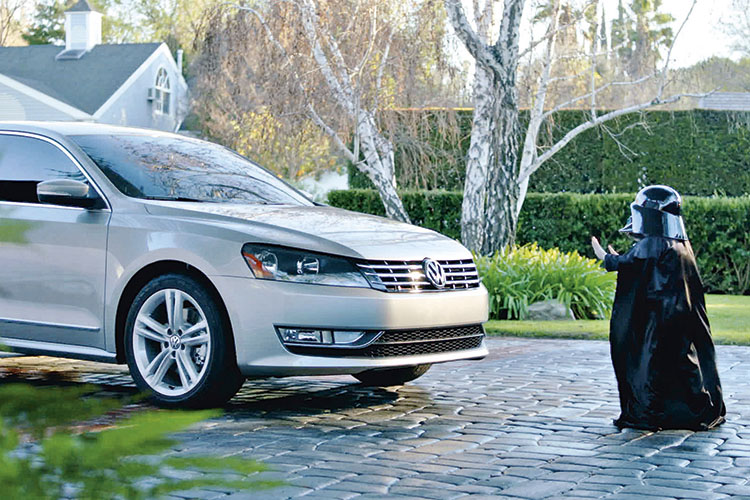 Let’s not forget the Passat CC, the Comfort Coupe spinoff that hit the streets in style four years ago. Lower than the regular Passat on the road and positioned higher in the executive segment, this swoopy saloon is a handsome extension of the Passat range. Today, it is simply called the CC. Most recently, Volkswagen opened another chapter in the Passat story with the rugged Alltrack. 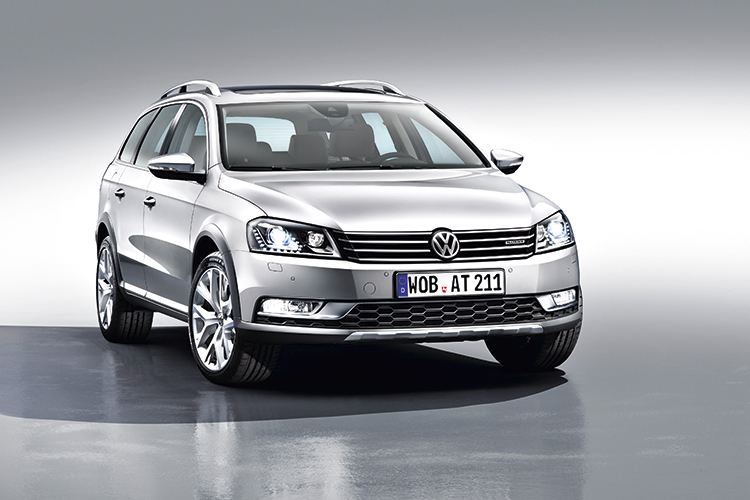 Volkswagen Passat Alltrack is a soft-roader that takes the Passat further afield.

Looks like life has not been so bad after all for the third most popular VW after the Golf and Beetle.