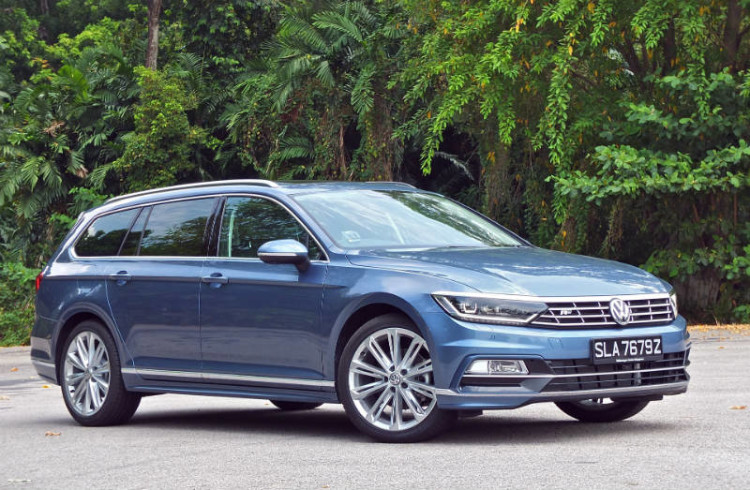 Sport utility vehicles and multipurpose vehicles are far more popular than station wagons, never mind that wagons have been around for much longer.

Volkswagen’s eighth-generation Passat Variant is a case in point.

The car cuts an imposing presence, even if it shares the same footprint as the Passat sedan.

Its superclean lines and slightly lower and wider stance make it look sleeker than its predecessor. New LED lights, front and rear, and an R-Line trim add character to the design.

The car is 85kg lighter than the previous Passat Variant, making it more efficient.

But it is inside where the Variant really shines. At 650 litres, and 1,780 litres with the rear seats folded, its cargo capacity is impressive.

Four golf bags can easily fit in. For larger or longer items, just flip down the rear seats. I did not try carrying a kitchen sink, but managed to slot in a six-step ladder.

In fact, the stowage of the Variant pips even that of the Audi A6 Avant. Only the Mercedes-Benz E-class Estate offers more space.

Neat touches include a cover that retracts partially whenever the electric tailgate is opened, for easy access to items beneath. You will also find a 12-volt outlet as well as lashing points and hooks for small items at the sides of the boot panel. I find the hooks particularly handy for takeaways.

A panoramic sunroof makes an already spacious cabin appear even airier. Premium materials abound, such as brushed aluminium, pianoblack panels and nappa leather upholstery. Only the eagle-eyed will notice the hard plastics on the lower panels.

Taking centre stage in the modern cockpit is an 8-inch touchscreen infotainment system. App-savvy drivers will be pleased to know that the system is compatible with MirrorLink, Android Auto and Apple CarPlay. Hook up your iPhone and you can start talking to Apple’s virtual assistant, Siri, on the go. How cool is that? 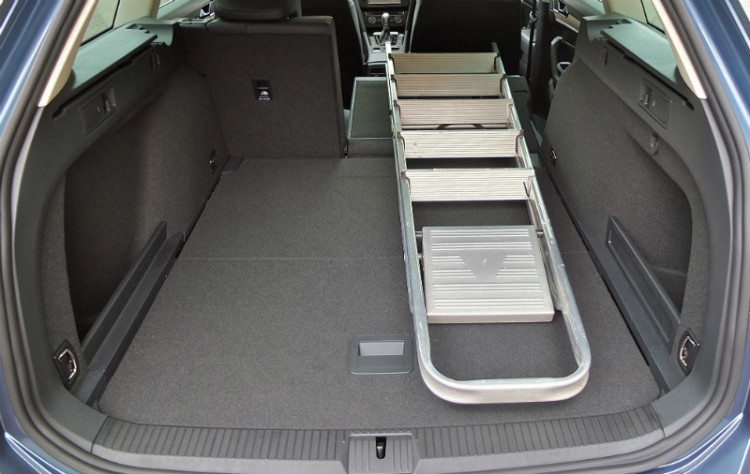 In the area of comfort, the Passat Variant’s seats are firm. The driver gets ample lateral, lumbar and under-thigh support. The memory seat whirs back for easy egress and ingress. Start the engine and it goes back to its memorised position.

It also has a back massage function. This provided relief during a recent drive to Kuala Lumpur.

Dynamic Chassis Control with five drive modes makes the VW a joy at the wheel.

In “Comfort”, its dampers soften, so you will not even notice that the R-Line Variant is riding on lowprofile 19-inch tyres. It is a comfortable and stable ride even on rough roads.

On open highways, the car is a refined, quiet operator, capable of high-speed cruising without breaking a sweat.

Select “Sport” and the car transforms from Dr Jekyll into Mr Hyde. On twisty roads up to Genting, the Variant displayed hot-hatch verve in this mode. You end up cornering faster than you would for a station wagon of its size. The steering is linear and you can even override the car’s six-speed dual-clutch gearbox via paddle-shifters.

Fret not if you have parking phobia. The car has a 360-degree camera view to facilitate parking manoeuvres.

Yes, the Passat Variant is a big estate, but it weighs merely 45kg more than the sedan. At 1550kg, it is relatively light. Coupled with VW’s 2-litre turbo petrol engine, the Variant does the benchmark sprint in just 6.9 seconds and goes on to a top speed of 244km/h.

On the trip to KL, it averaged 11.8km per litre. Whereas in Singapore, that dipped to 9.5km per litre. These are off VW’s claimed fuel consumption figure, but are perfectly acceptable in real world terms.

Given a choice, I would pick the Variant over the Passat sedan. It is a car that pulls ahead of its rivals on space, pace and luxury. It is even comparable to some “branded” estates. Think of it as business-class travel at premium economy-class fare.