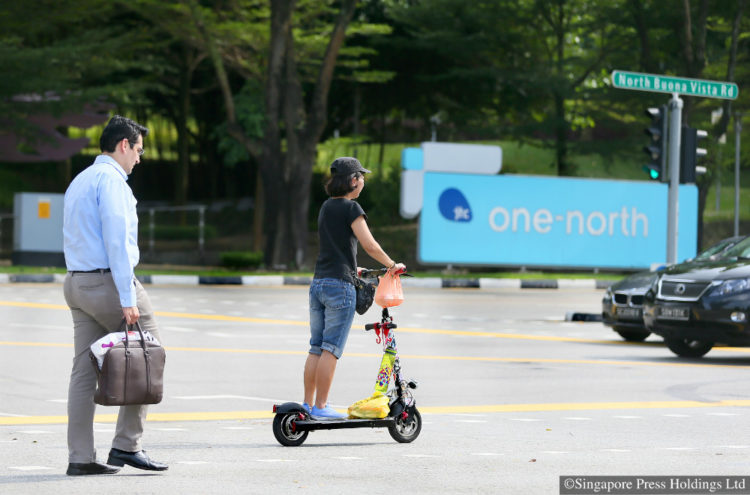 A man carrying a bag and a woman on e-scooter crossing the road with JTC one-north signboard in the background.

It has been a little over two years since personal mobility devices (PMD) such as e-scooters and hoverboards started to proliferate here.

Unlike cities such as New York, Tokyo, London and Hong Kong, Singapore has embraced these devices, with the view that they contribute to a car-lite society.

In this instance, Singapore has been ahead of the curve. Some of the cities which have had partial or total bans on such devices are now reviewing their stand.

It is probably futile to hold back the tide of technology. But at the same time, public safety should not be compromised.

The pertinent question here is, how much cost – in terms of medical treatment, compensation, court time and other downtime – is Singapore willing to bear to keep those who are unwilling to walk (or cycle) on the move?

How much are we willing to spend on writing up new laws for these riders and, more crucially, enforcing those laws effectively?

In the first half of last year, there were 90 accidents here involving electric bicycles and PMDs which resulted in four deaths and about 90 injuries. These figures indicate an extremely high chance of injury whenever there is an accident involving these devices.

Motor vehicles, however, clock far greater distances than PMDs and e-bikes – for instance, 17,500km a year for cars and 50,000km for buses.

While there is no official data for PMD and e-bike mileages, anecdotal evidence suggests they clock less than 3000km and 8000km a year, respectively. Hence, their accident rate should be viewed differently.

It is thus comforting to know that the Land Transport Authority will make penalties harsher for PMD users who ride on roads and expressways from Jan 15. Fines for first-time offenders will range from $300 to $2000 – up from $100 today.

Tough enforcement should reduce the chances of a car driver knocking down an e-scooter rider through no fault of the motorist.

The more worrying thing is that there is no clarity on how many of the PMD accidents happened on pavements and shared paths, and how many go unreported.

With stiffer penalties for road misuse, PMD traffic on walkways and cycling paths is likely to rise. This is potentially more contentious, because footpaths have traditionally been a safe preserve for pedestrians. And unlike PMD riders who are injured on the road, pedestrians are passive – nay, unwilling – participants in the new normal.

While it looks like this sanctity has been breached for good, what can Singapore do to ensure that those on foot and those on wheels co-exist with minimal conflict?

That is indeed a dilemma for any city, but for Singapore, where walkways are often too narrow even for two pedestrians astride, it is a non-starter.

Take a look at the state of pavements in any housing estate, and you will understand why PMD users choose to risk life and limb (and hefty fines) to go on the road.

And that, in essence, is the crux of the matter – the necessary infrastructure was not in place before the PMD floodgates were opened. Not only are walkways impossibly narrow in some places, but they are also not always well paved, with many stretches pitted, broken and blocked – by trees, lamp posts, bollards, electrical boxes or curbs. Cycling paths are also not always well-lit or seamless.

In promoting active mobility, proper infrastructure must be the starting point. Without it, we will be asking people to make a disproportionately big compromise on safety.

The most popular cycling countries are those with proper cycling infrastructure – Holland, Denmark, France and Japan, to name a few.

At last year’s National Day speech, Prime Minister Lee Hsien Loong devoted air-time to encouraging Singaporeans to eat less and exercise more. Why not walk to the MRT station, he asked at one point.

Indeed, why not? Seeing able-bodied young people cruising on their e-scooters is disconcerting. It is another thing if users are old or have a physical impairment, but not strapping young men with souped-up scooters going at 25km/h (alarmingly, the legal speed on shared paths).

And that adds up to another invisible cost – healthcare. How many of these riders will end up with health issues later on in life?

In 2016, people in Hong Kong topped the world’s life expectancy ranking for the second year running. One pertinent reason is that Hong Kong people walk a lot.

According to a phone app-based study published in Nature last year, Hong Kongers topped the global list by averaging 6880 steps a day. Singapore ranked ninth with 5674 steps. Not too wide a gap, but will it remain so with the unchecked proliferation of PMDs here? 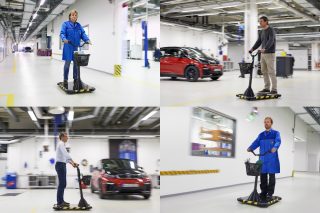