Why are we so angry on the road? | Torque
Loading posts...
0 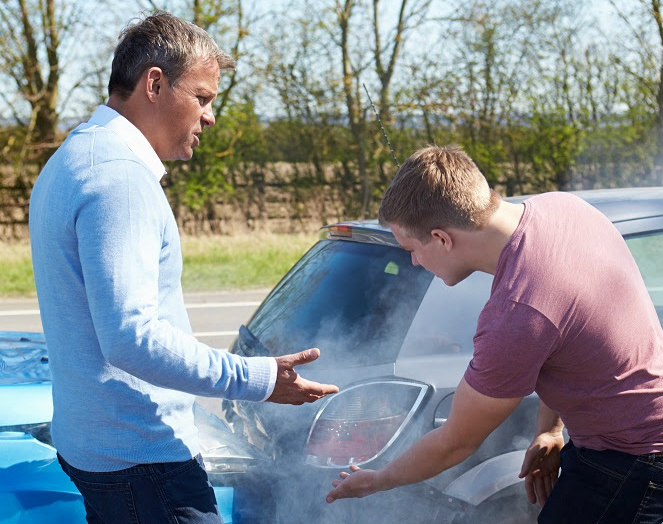 They think nothing of stopping the car in the middle of a highway to spew vulgarities at each other.

Some angry motorists have even exchanged blows, in full view of others. They do not seem to care that they are being caught in the act, thanks to the widespread use of in-car cameras.

The scourge of road rage is back in the news – that too in full view of all.

In 2001, the situation was such that then Chief Justice Yong Pung How said road rage offenders should face jail time, and that a fine was not enough to fight it.

In 2002, a year after jail time became a precedent for road rage incidents involving violence, there were 61 cases reported.

According to the latest police statistics obtained by The Sunday Times, the number of road rage incidents reported as “voluntarily causing hurt” cases hit 75 last year, up from 69 in 2014. There were 90 reported cases in 2013.

These numbers, however, do not tell the full story as not all confrontations end in fisticuffs. Many are not reported but end up online, thanks to in-car cameras.

Two recent videos that were posted on the community page Roads.sg captured fuming motorists. Despite the loud and colourful exchanges, they did not trade blows. But the videos went viral and sparked animated online discussions not just about who was right, but also the problem with road rage here.

In one of the videos, posted on Dec 9 and viewed more than 478,000 times, a heated dispute occurs between two drivers on the Pan-Island Expressway. The driver of a black Chevrolet is seen getting out of his car and confronting the driver of a white BMW.

The Chevrolet driver claimed the other driver did not slow down to let him merge into the PIE. The BMW driver, however, wrote on Roads.sg that he did not even see the Chevrolet.

In another video, posted last Monday and viewed more than 100,000 times, the passengers of another BMW are seen making obscene gestures and appeared to be spitting at the car behind. The car’s camera caught their antics.

Mr Aloysius Fong, who started Roads.sg in 2014, said the site receives about a hundred video submissions from motorists every month, but only a few of them involve road rage.

He said in-car cameras do not capture all road rage incidents. Sometimes, motorists use their mobile phone to film the altercation.

But these cameras do not just catch an exchange. Sometimes, they spark it. “In-car cameras are supposed to capture unjust acts (on the road). Instead, people think that since they have a camera, and if they feel they are in the right, they are entitled to confront others,” he said.

Mr Fong added that because motorists think they have video footage which favours their case, they can confront other road users.

Mr Mohamed Baiross, managing partner of I.R.B Law LLP, said that police do not just rely on videos. They also explore oral and written testimonies, documents, and photographs in a trial. “But at the end of the day, it lies with the trial judge how much weight he wants to give to the video evidence,” he added.

He advised motorists to send their videos to the police, instead of putting them up on social media.

“Motorists may feel that there is a public interest in shaming and bringing up such bad behaviour. But it could be potentially defamatory and smacks of vigilante justice – let the authorities do the enforcement under the due process of law.”

But why are people so angry?

Besides impatience, Mr Fong said that many drivers are also protective of their pricey vehicles.

“It’s an expensive investment, they think. When you knock into my car, I’m going to retaliate,” he said of the mindset.

Psychiatrists say there are other reasons. Dr Adrian Wang, a consultant psychiatrist at Gleneagles Medical Centre, said: “People who are vulnerable to road rage may have a lot of tension, stress, and resentment, harboured over time.

“And when you have had a bad day at work, or had a row with the wife, the anger takes over. On another day, you may have just given way to another motorist and let it pass.”

Dr Wang said road rage is not necessarily about confrontations. The anger can also be expressed through driving dangerously, such as cutting into the lanes of others.

Motorist Jerry Yeo, 43, said he does get irritated on the road.

“Drivers slowing down in front of you for no reason, or tailgating. I do get angry but I wouldn’t go beyond just a few toots of the horn,” he said.

The police, meanwhile, encourage motorists to submit videos of traffic violations as they could provide critical information to aid investigations. “Witnesses of such violations are also strongly encouraged to come forward to lodge a police report, to assist the Traffic Police with investigations,” a police spokesman told The Sunday Times.

“As the police cannot be everywhere all the time, the community serves as additional eyes for us on the roads,” he added.