Fines based on car prices in Singapore is a flawed idea | Torque
Loading posts... 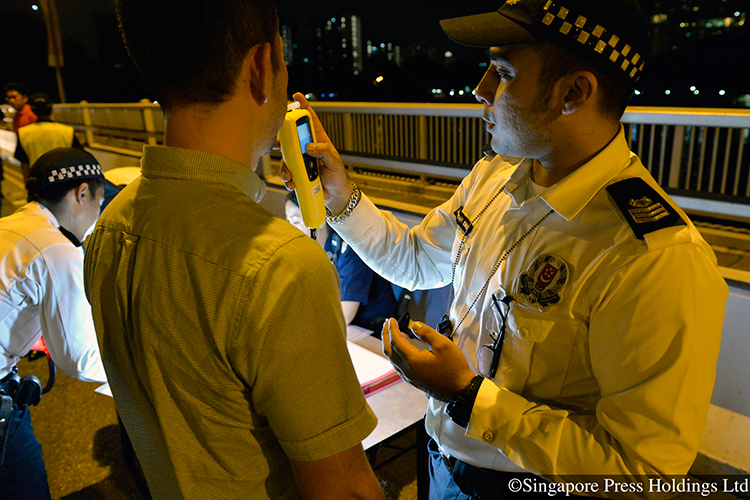 A driver going through a breathalyzer check by a traffice police officer at a road block along Nicoll Highway on 24 July 2014.

Recently, the idea of traffic fines being based on car prices was mooted.

It’s easy to see the appeal of such an idea. If you drive an expensive car, you are better off and should therefore cough up more money in fines.

Fines being based on car prices is similar to what is being practiced overseas. In Finland, there was a case of a man whose traffic fine was based on his income.

Somehow, this sounds right to most people. The richer you are, the higher the penalties.

HOLDON, HOW IS THIS FAIR?

In my opinion, linking traffic fines to car prices would be grossly unfair.

Now, since I’m not a lawyer, let’s stick to some basic facts, such as the one where laws in Singapore are supposed to apply equally to everyone.

If this “fines based on car prices” were indeed enacted, this would contradict the above statement.

Let’s consider the following scenario. Mr X and Mr Y and both driving at 120km/h along the East Coast Parkway when they each collide with another vehicle.

The drivers in the other two cars are killed, but Mr X and Mr Y both escape unharmed.

Both have committed the same offence. But under the “fines based on car prices” suggestion, Mr X would pay a larger fine and probably go to prison for a longer time.

WHAT IF THE WEALTHY DRIVER DRIVES A CHEAP CAR?

Here’s another dilemma: What if Mr X, who is ten times wealthier than Mr Y, was driving a 20-year-old Toyota Corolla?

Under “fines based on car prices”, he would end up paying less and perhaps not going to prison.

DISCRIMINATION IS NOT THE WAY FORWARD

Fines based on car prices is just another way of saying we should discriminate against wealthier individuals “because they can afford it anyway”.

Stiffer penalties, enforcement and road safety messages all have one goal: Zero casualties on the roads.

Fines are not taxes. Why should they be progressive?

If this way of thinking spreads, it won’t be long before you hear people calling for richer folks to pay more for the same food or groceries.

Or paying more for the same car model, airline ticket, you name it.

There are easier ways of dealing with serial offenders. Forfeit their vehicle. Bar them from buying or renting vehicles for life if their licence is indefinitely revoked.

But whatever laws are decided, they should be applied fairly and equally to all.