How worried should ComfortDelGro be about Grab's discount? | Torque
Loading posts... 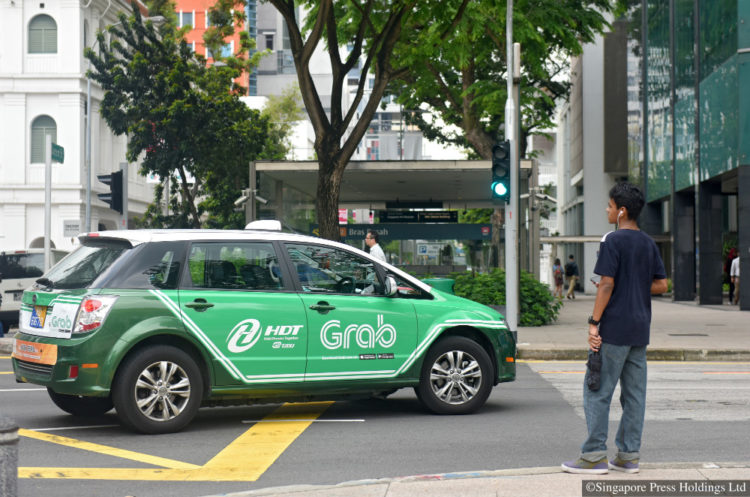 The four-year battle between private-hire start-ups and incumbent taxi operators has escalated. And it is likely to keep escalating until one or more players throw in the towel.

What accounts for the demand? It is unlikely that commuters have moved from trains and buses, both of which have been posting ridership growths year on year. Neither is it likely to be from new trips – people do not commute for the sake of commuting.

The only possibility is private cars. Their average annual mileage has fallen by 1500km since 2012. Based on an average cab ride of 10km, that translates to 150 new trips.

There are around 600,000 cars here. Assuming non-car trips from 80 per cent of this population are now made via taxi and private-hire vehicles (and the rest by trains and buses), that works out to 4.6 trips per day per private-hire car. That is well below the seven to 10 trips needed to cover daily rental and fuel.

Even if half of the Uber and Grab drivers are part-timers, the math does not add up.

And that explains a lot of things which have been happening since 2013 – from the dwindling taxi population to the rising unhired rate of both cabs and private-hire cars.

And that is why taxi giant ComfortDelGro is in talks with Uber over a possible tie-up. That is also why Grab is offering a $50-a-day rental discount to ComfortDelGro cabbies who would defect.

It won’t end there. ComfortDelGro is bound to respond with its own salvo. But whatever arsenal it has, it is probably no match to Grab (or Uber for that matter). The start-ups do not have the financial accountability of a publicly-listed entity like ComfortDelGro. They are still drawing fresh funds, and they do not seem to be averse to red ink.

Should ComfortDelGro cabbies defect? In a word, no. Sure, business is not as good as before, but it will be the same elsewhere. As mentioned, there is an acute oversupply of vehicles.

The $50 rental discount may seem attractive, but it reflects a certain desperation on the part of the entity offering it. It is no doubt trying to get unhired vehicles back on the road. And there are thousands of unhired vehicles – in private as well as public carparks.

If an offer looks too good to be true, it often is. That old adage applies here.

There is no point of a low-rental operator if the operator cannot ensure a viable income stream for its drivers.

Despite its battered state, ComfortDelGro still has the lion’s share of taxi call-bookings. It still has a strong presence on the road. So, the average ComfortDelGro cabby should have a more viable income platform than others.

On its part, the taxi giant cannot afford to continue behaving like it is the only game in town. The competition is now for real, and it is only going to get worse.

It has to evolve, and evolve quickly. Otherwise, extinction is a real possibility.

Its alliance with Uber may well be part of that evolutionary process. Depending on how it is crafted, the alliance may even allow ComfortDelGro to penetrate new taxi markets.

The sooner the deal is cobbled together, the sooner ComfortDelGro cabbies can access a ride-hailing platform which the tech-savvy public seems enamoured of.

This may or may not be the silver bullet that the homegrown taxi operator needs. But in a war which will have a bigger toll on its bottom-line and stock price than it already has, ComfortDelGro needs all the ammunition it can get hold of.