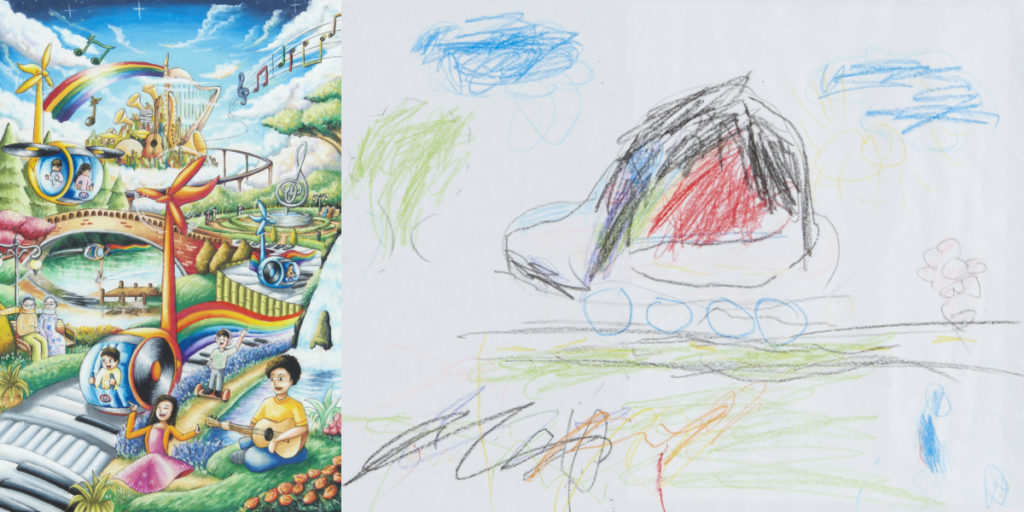 The artworks of the 11th Toyota Dream Car Art Contest were highly regarded by the judges, who noted their exceptional quality and appreciated that each piece took much time to complete and was carefully drawn to give form to the artist’s ideas. The children’s artworks depict worlds that leap far beyond the imagination of the judges.

The vividness of the children’s imaginations made the judges feel that their thinking was overly conservative. Even if the composition of the pieces seemed fantastical to the judges, they felt that the canvas serves as a natural world for children.

The judges also noted that many of the submitted artworks are tied to social issues, enabling them to see various realities from the viewpoints of children from around the world. The pieces have the power to inject common sense into the minds of adults by making them aware of the realities in which children live and the issues they face, such as uncertainty of the future, war, air pollution and water scarcity.

The Toyota Dream Car Art Contest, first held in 2004, gives children around the world the opportunity to feel the joy and importance of having dreams. It is also meant to provide children with an avenue for developing an interest in cars.

Thanks to the support and cooperation of the children around the world who draw/paint their works and send them in, and of the distributors and affiliates who organise local competitions in their respective countries or regions, the contest was able to mark its 11th year in 2017.

There were approximately 830,000 entries from 79 countries and regions in this year’s contest. National contests were held around the world from October 2016 to March 2017, with the winning artworks submitted to be judged in the world contest, which was held in April in Japan.

Under the guidance of Toyota president Akio Toyoda who is the chair of the judging panel, art experts and automotive specialists from outside Toyota judged the entries and selected the award winners in the contest’s three age categories.

Check out the Toyota-teamLab app developed for children.

Comparing cars is like comparing your kids, according to this female motoring writer.