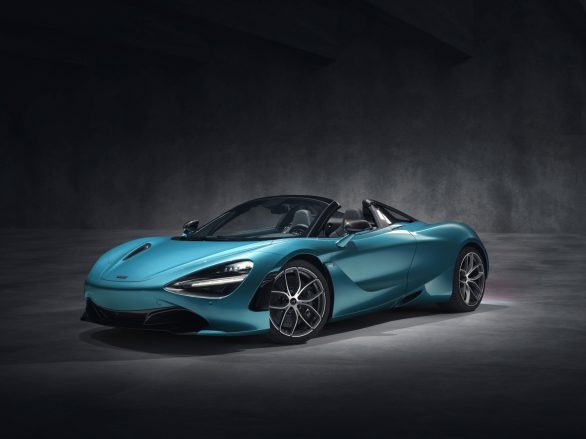 The McLaren 720S Spider is a fire-breathing, 710hp rocketship which can also dry your hair at speeds over 300km/h.

If the Ferrari 488 Spider isn’t exciting enough for you, and a Lamborghini Aventador S Roadster somehow doesn’t float your boat, then check out the 2019 McLaren 720S Spider, the latest supercar from the boffins at Woking.

The McLaren 720S Spider is the second entrant in the British automaker’s Super Series family, with the first being the original 720S.

Some specs first: the new 720S Spider weighs just 1,332kg dry, which McLaren says is just 49kg more than the 720S Coupé and 88kg less than the dry weight of its “closest competitor”.

At its core is McLaren’s carbon fibre Monocage II-S structure, a development of the Coupé’s Monocage II without the central ‘spine’ running front to rear above the cabin. 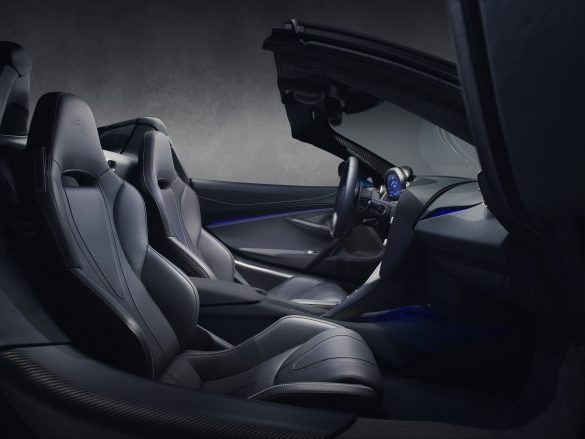 The McLaren 720S Spider’s cabin is situated amid the high-strength Monocage II-S.

McLaren said that even though with the roof gone in the new 720S Spider, the Monocage II-S has such high strength and rigidity that the car doesn’t need additional strengthening, which is the case whenever a car is converted into a, well, convertible.

Powering all that mass in the new 720S Spider is the same 4.0-litre twin-turbocharged McLaren V8 engine found in the Coupé, spitting out some 710hp and 770Nm of torque. 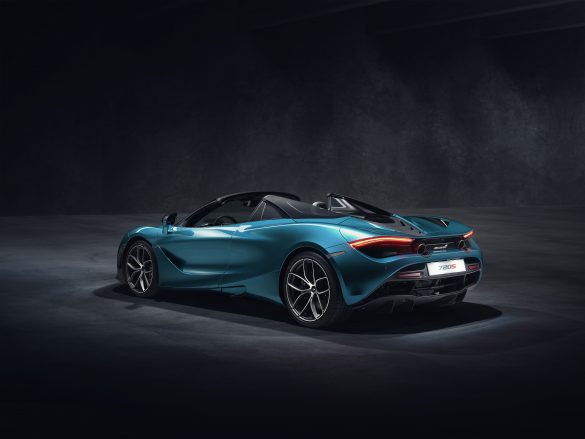 Better get used to those rear lights

According to McLaren’s figures, the standing quarter-mile sprint is dispatched in 10.4 seconds – again, only 0.1 seconds slower than the Coupé – and where conditions allow, the 720S Spider will continue accelerating to a Coupé-matching top speed of 341km/h with the roof up.

The roof is electrically driven and can be lowered or raised in just 11 seconds – six seconds quicker than the 650S Spider – and thanks to its lightness, can be done at speeds of up to 50km/h. 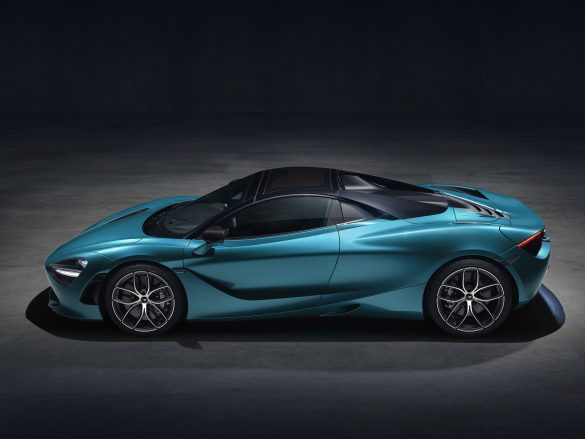 Keeping the 720S Spider planted at speed is an active rear wing, whose deployment characteristics have been mapped to the Spider’s unique aerodynamics, McLaren said.

A new 10-spoke, lightweight forged alloy wheel design has been developed for the new 720S Spider, shod in custom Pirelli P-Zeroes, designed in conjunction with McLaren Technology Partner to provide optimum performance, grip, handling and comfort over a wide range of road conditions.

A more track-focused Pirelli P-Zero Corsa tyre can be specified instead, at no additional cost, while Pirelli Sottozero winter tyres and Pirelli Trofeo R ultra-high performance tyres are available from McLaren retailers.

The McLaren 720S cost from S$990,000 excluding COE, so expect the 720S Spider version to tack on a premium for that open-top motoring goodness.