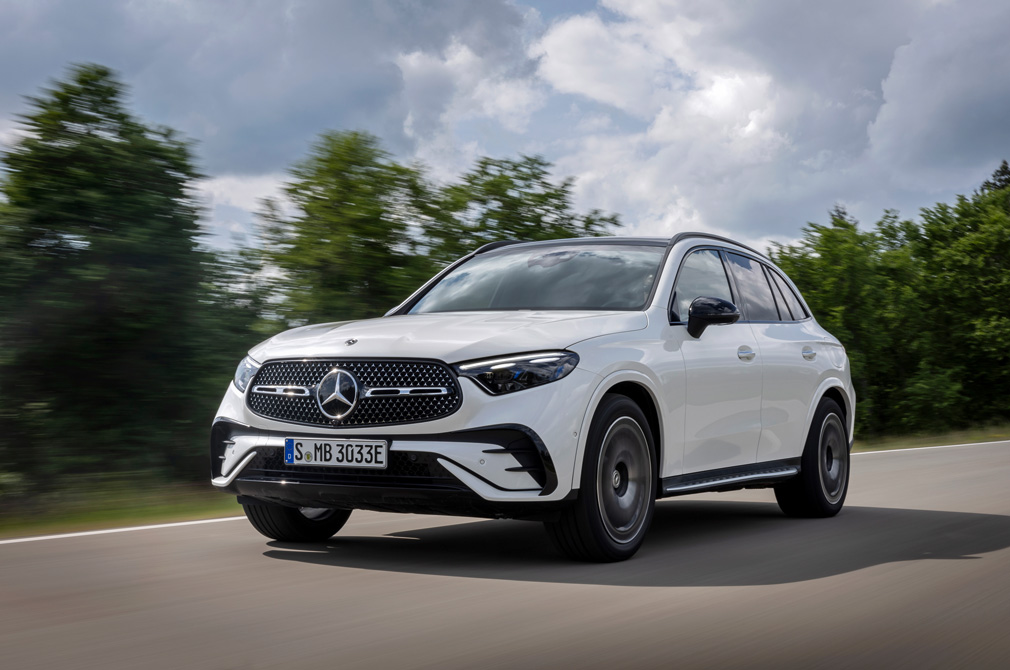 Mercedes-Benz has introduced the all-new GLC, a mid-size luxury SUV whose rivals include the Audi Q5 and BMW X3.

As with most new cars, the GLC range is now completely electrified. The petrol-powered models are comprised of two mild hybrids and two plug-in hybrids.

The mild hybrid options begin with the GLC200 4Matic, which has a turbocharged 2-litre 4-cylinder capable of 201hp and 320Nm. This gets the SUV from rest to 100km/h in 7.8 seconds.

Next in line is the GLC300 4Matic, which produces 256hp and 400Nm, enabling it to accomplish the century sprint in 6.2 seconds. Both the GLC200 and GLC300 also benefit from the integrated 48-volt starter-generator, which delivers an extra 23hp.

The plug-in hybrids, on the other hand, are comprised of the GLC300e 4Matic and GLC400e 4Matic. The former offers 308hp, while the latter pumps out 375hp. Both have a claimed all-electric range of 120km.

Apart from the GLC’s 4Matic (all-wheel-drive) system, the SUVs have a new four-link suspension in front and multi-link independent rear suspension mounted to a subframe. 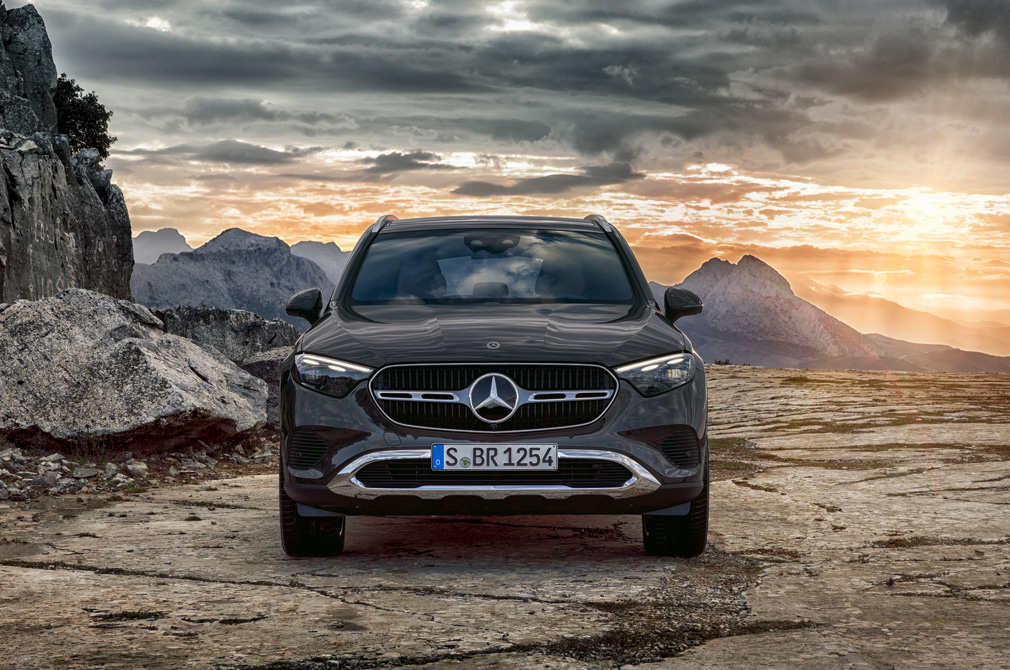 The new GLC features Mercedes’ new grille (first seen in the C-Class), which has a chrome surround and louvre in matte grey. This is part of the Avantgarde trim seen on the grey car.

The grille is flanked by redesigned headlights, while the tail-lamps at the rear, which are linked by a trim strip, are reminiscent of the Mercedes-EQ EQA.

Behind the wheel, the 12.3-inch instrument panel and 11.9-inch tablet-like infotainment panel are similar to the ones in the S-Class and C-Class models.

The SUV’s practicality has been boosted, too, as the luggage capacity has grown from 550 in the previous model to 620 litres. 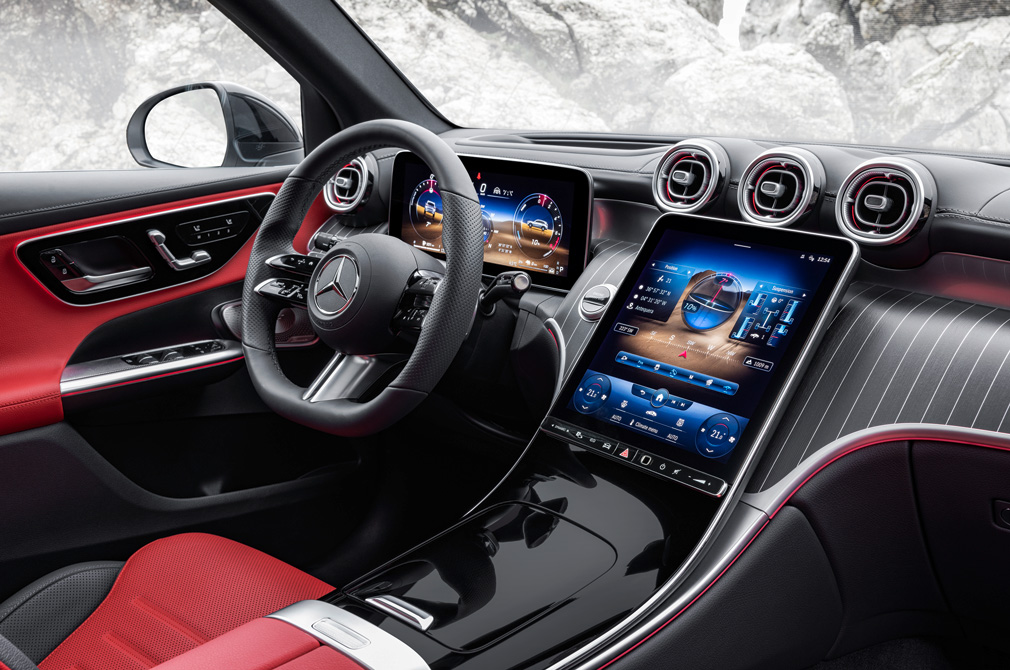 Buyers can enhance the GLC’s low-speed manoeuvrability and high-speed stability with the optional Engineering package. This equips the GLC with air suspension and rear-axle steering. Air suspension is actually standard on the GLC plug-in hybrid models.

Drivers thinking about taking the car off road can consider the Offroad Engineering package that increases ground clearance by 20mm, adds underbody protection and underride guard at the front.

The GLC is also available with a 360-degree camera with a “transparent bonnet” (a similar system can be had in Land Rover/Range Rover models) that helps drivers see obstacles such as large stones. 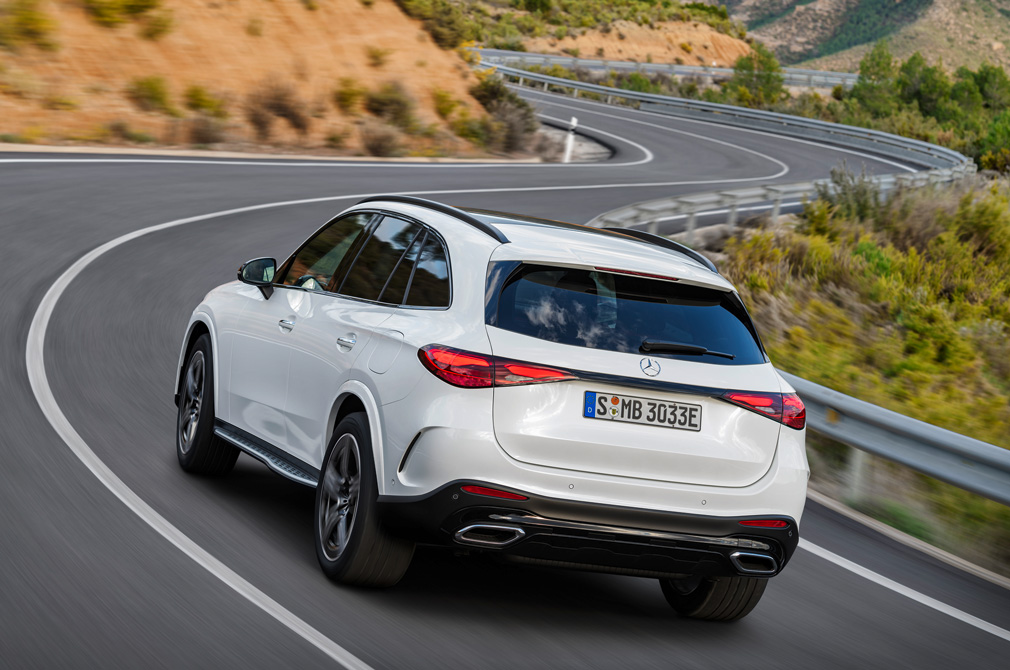