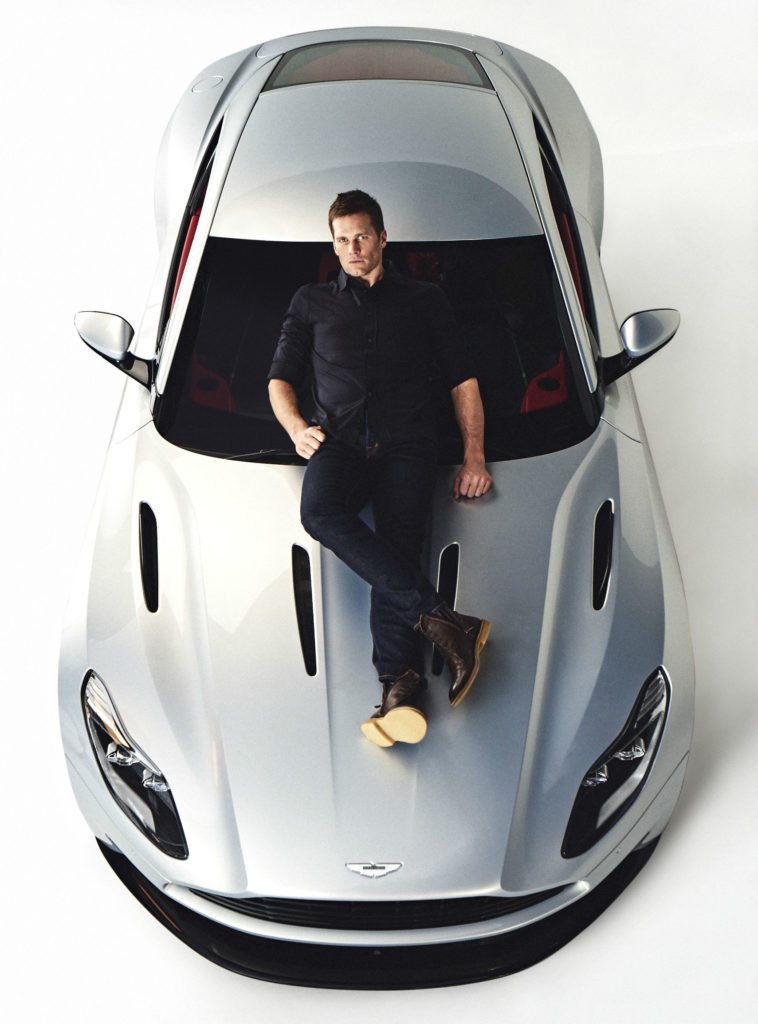 Aston Martin has announced the start of a new long-term partnership with Tom Brady, record-breaking National Football League (NFL) star and one of the most renowned and respected athletes of all time.

Brady and Reichman, Aston Martin’s VP and Chief Creative Officer responsible for the creative direction of the brand and model range, will explore their affinity for ‘The Love of Beautiful’ via a new content series entitled ‘Category of One’, premiering later this year.

Brady will seek to share visualisations of where he sees beauty in his sporting moments, what he sees as beautiful in life, and what continues to compel him to pursue greatness after five Super Bowl wins and four MVP Awards.

The new partnership will also see Brady curate his own take on a modern-day Aston Martin, based on the 2018 Vanquish S. The process will be documented, with portions being revealed over time, and the Tom Brady-curated Vanquish S will be unveiled this summer.

New England Patriot, Tom Brady, is the first quarterback in NFL history to win five Super Bowl championships and the only player to have won them all playing for a single team. In February 2017, Brady led the Patriots to a dramatic and record-breaking Super Bowl LI victory, defying a setback and amazing viewers around the world.

Read our overseas review of the Aston DB11.

Check out the Aston Martin menswear by Hackett.