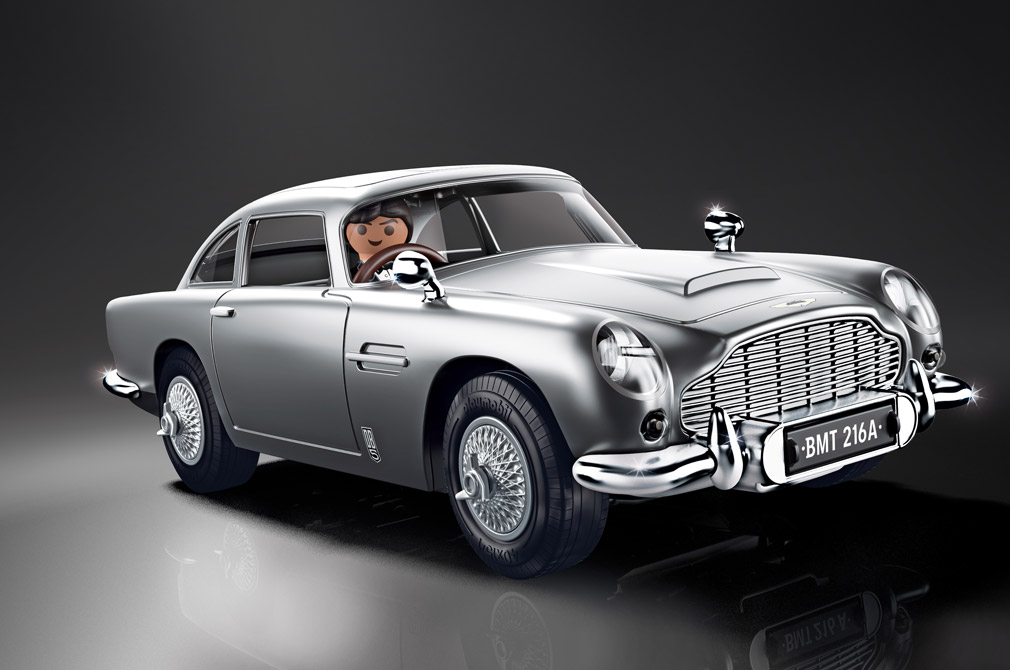 The gadget-filled Aston Martin DB5 has captivated car enthusiasts and James Bond fans alike since it appeared in Goldfinger back in 1964.

As a fan favourite, the DB5 has continued to appear in Bond films. Aston Martin has launched the Continuation series for the movie-specific model. There’s a DB5 Junior No Time To Die series of models as well. You can get your hands on a DB5 LEGO kit, too.

Goldfinger, the third James Bond film from EON Productions, sees 007 facing off against villain Auric Goldfinger and his henchman, Oddjob. Luckily, Q supplies Bond with a specially customised DB5 to help him overcome the odds.

The Aston Martin DB5 – Goldfinger Edition from PLAYMOBIL is as special as the original model from the silver screen.

Like the full-size coupe, this scale model comes with triple rotating number plates at the front and rear, a retractable bulletproof shield behind the rear windscreen, and machine guns hidden behind the headlights.

There are extendable “ramming horns” on the bumper, too. Of course, the iconic ejector seat is also standard, and is triggered by pressing on the exhaust pipes. This set includes four character figures: James Bond 007, as well as Goldfinger, Oddjob and another henchman. 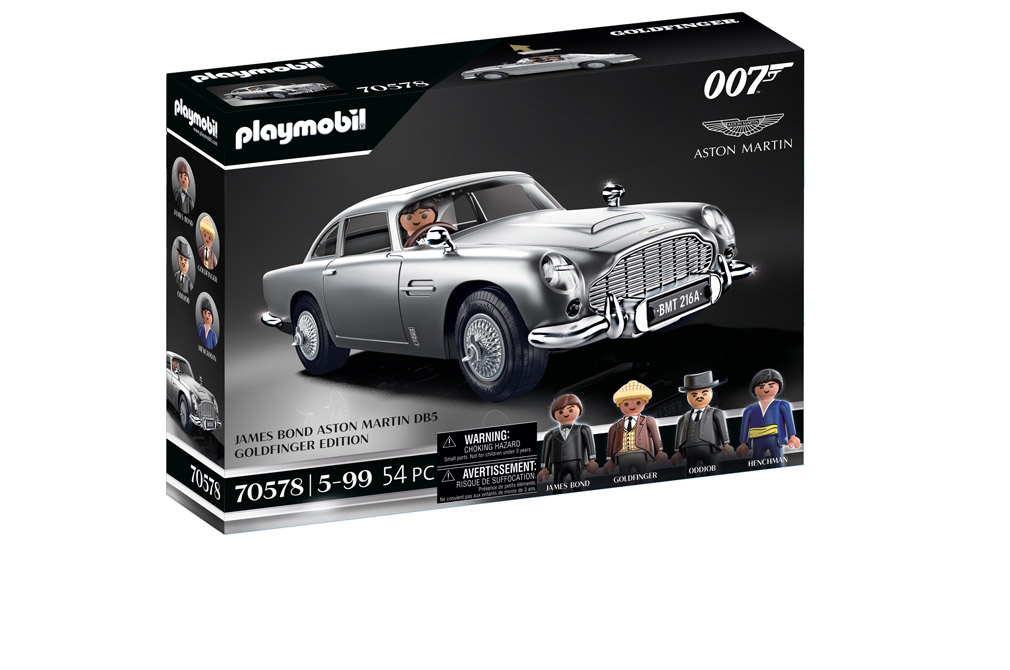