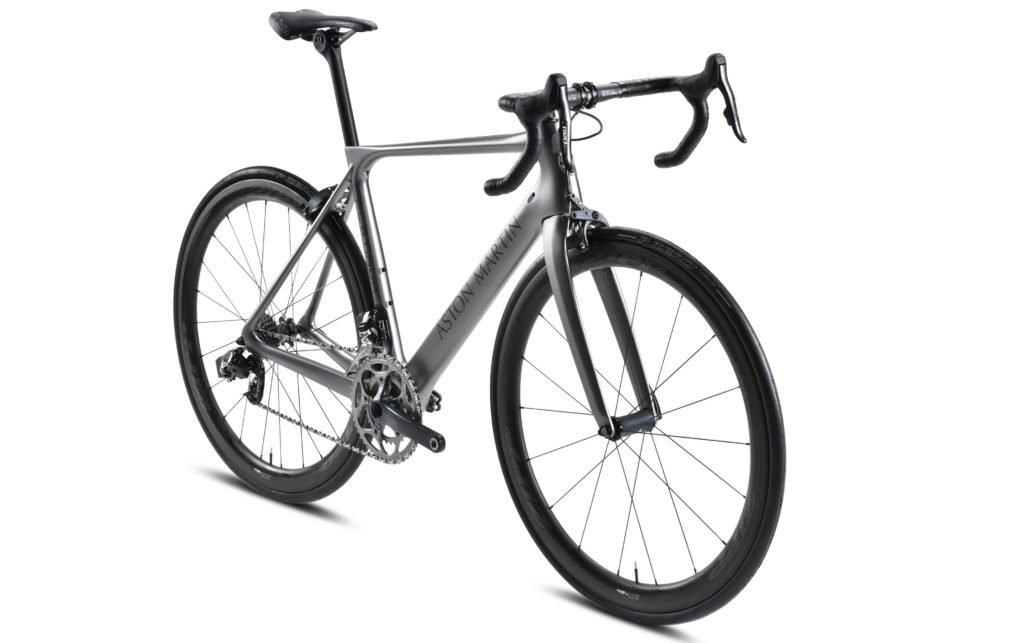 Aston Martin has collaborated with renowned German bicycle manufacturer Storck to produce a limited-edition run of road bikes. Just 107 examples of the exclusive Fascenario.3 Aston Martin Edition will be produced.

The frame and forks are the result of the latest advances in carbon fibre and aerodynamics, while the componentry is of the highest quality, meaning that the Aston Martin Edition sits at the very pinnacle of current road bicycles.

This project came about after Markus Storck, the eponymous founder and innovative leader of the Storck bicycle company, joined forces with Aston Martin on the Vanquish ‘One of Seven’ project. Having owned several Aston Martins, Storck worked with Aston Martin’s bespoke division, Q by Aston Martin, to develop the septet of special sports cars that focused on showcasing carbon fibre.

The frame weighs just 770g, and combined with a host of lightweight items from manufacturers like THM and ZIPP, the whole bike weighs only 5.9kg. However, although it’s light, it’s far from fragile, with Storck greatly exceeding the expected industry testing standards in order to prove the durability of its frames.

The Aston Martin Edition comes equipped with SRAM’s wireless gearshifting technology. Not only does this give the bike a wonderfully uncluttered aesthetic, but the left and right levers operate just like the paddles found behind the steering wheels on Aston Martin’s sports cars – right to go up a ratio and left to go down.

Q by Aston Martin, which usually tailors cars to specific customer requirements, was responsible for mixing the bike’s subtle yet distinctive paint. Named Argentum Nero, it is a twist on the company’s classic racing green. Depending on the light in which the bike is viewed, the paint colour changes subtly, appearing a lustrous grey, green or silver. This colour will also appear on a future car collaboration between Storck and Aston Martin.

Check out these Mercedes-Benz bicycles which are developed and manufactured in Germany.

Check out the Prodrive Hummingbird, the world’s lightest folding bicycle.