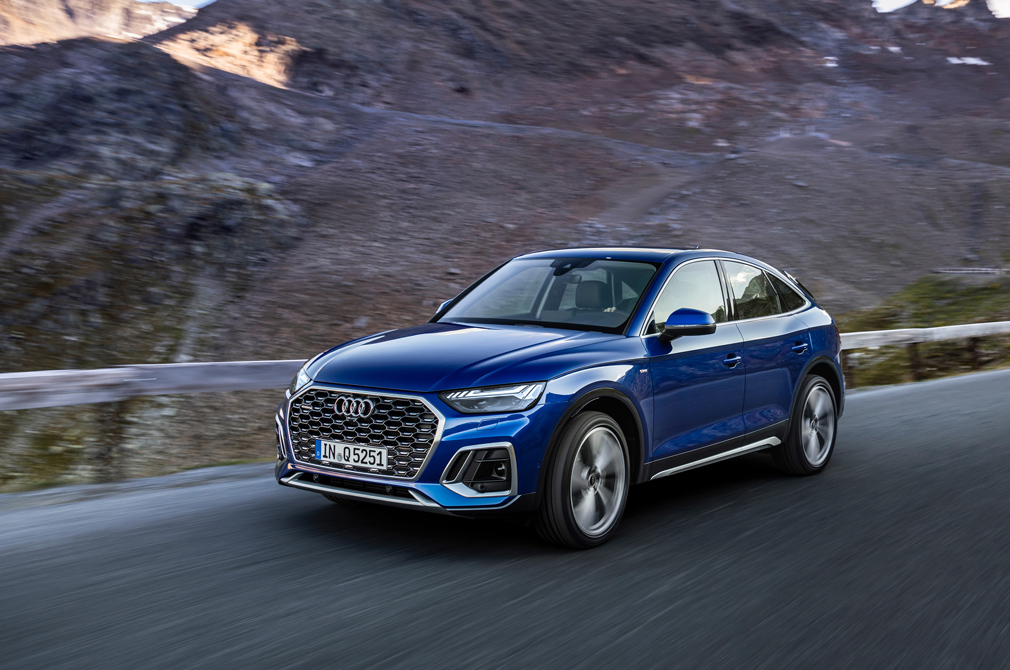 The reassuringly robust foundations of an SUV and the charismatic curves of a coupe have been merged together once again with the Audi Q5 Sportback.

The new Audi Q5 Sportback is aimed at customers seeking family-friendly utility and sophisticated technology, but who also admire the expressive and distinctive design of sports cars.

The technology in the new Audi Q5 Sportback is brought forward in its Vorsprung versions, with rear lights that feature innovative digital OLED technology.

The units each incorporate three organic light-emitting diodes, each of which is divided into six segments that can be controlled individually and configured differently. 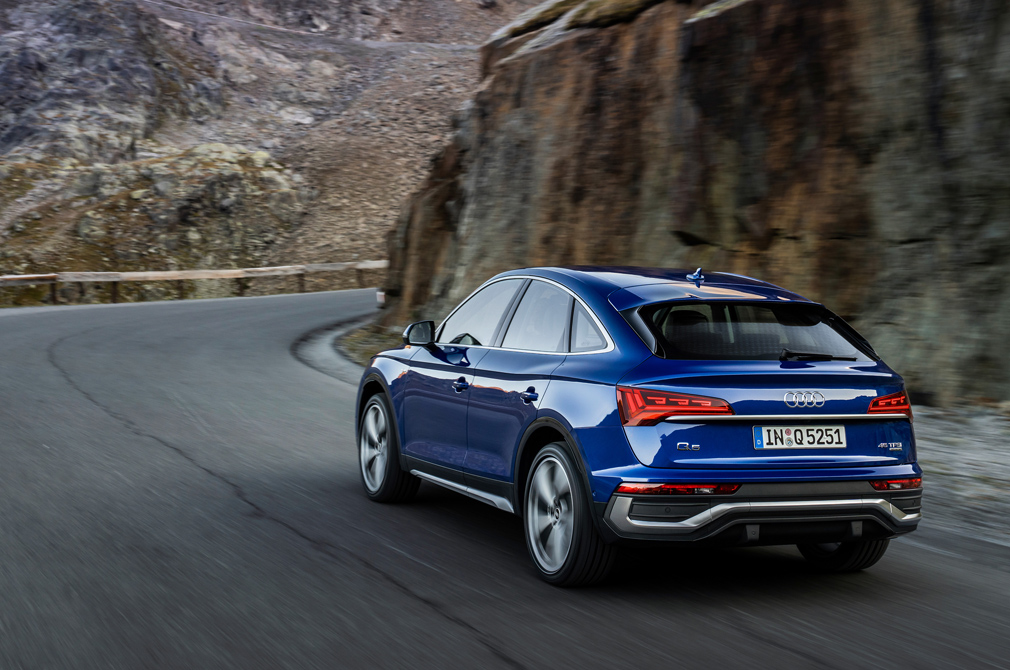 Use of OLED technology in the tail-lamps mean that customers will get to pick their Q5 Sportback with their preferred light signature.

Depending on the market, customers may be able to choose from three different rear light signatures, all of which include a dynamic coming-and-leaving-home lighting sequence.

There’s an additional safety feature – if another vehicle approaches from the rear to within two metres of the stationary Q5 Sportback, all OLED segments illuminate as a proximity warning.

MORE SPACE AND TECH IN THE CABIN

At 4690mm long, the Audi Q5 Sportback is 7mm longer than the Q5. Its height and width are identical, but its coefficient of drag is lower at 0.30.

The 2820mm wheelbase provides ample room for five in the cabin, the focal point of which is the cleanly styled two-section dashboard with its freestanding 10.1-inch MMI display.

As in the recently updated Audi Q5, the third-generation modular infotainment system or MIB 3 eschews the need for a rotary MMI control dial. Instead, it features a touchscreen display and a greatly enhanced natural language voice control system. 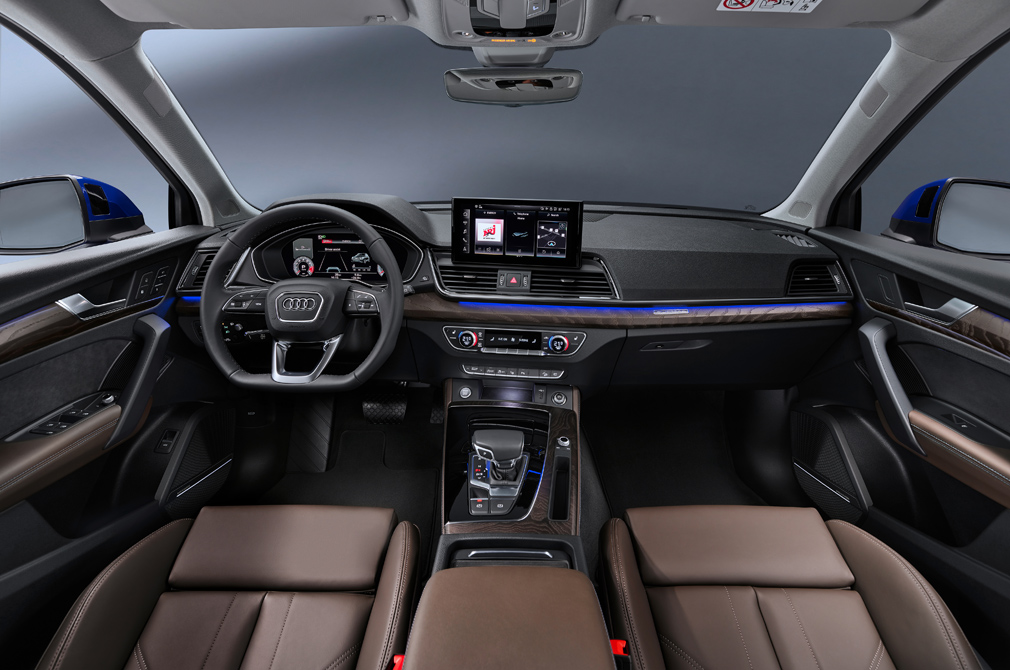 10.1-inch MMI display does away with the old rotary dial.

UK-bound cars will also get the 12.3-inch Audi virtual cockpit display as standard, along with MMI Navigation Plus and Audi connect internet connectivity.

This means that the Audi Q5 Sportback can display high-resolution satellite images from Google Earth and use the swarm intelligence of the Audi fleet to deliver lane-by-lane information on traffic flow and traffic forecasts in real time.

It can also alert the driver for upcoming hazards such as slippery roads and fog.

A host of advanced driver assistance upgrades covering everything from manoeuvring into a parking space and then reversing out again, to turning at junctions, will also be available.

The standard powered tailgate glides upwards to reveal a luggage compartment with a volume of 510 litres, which increases to 1480 litres when the rear seats are folded. 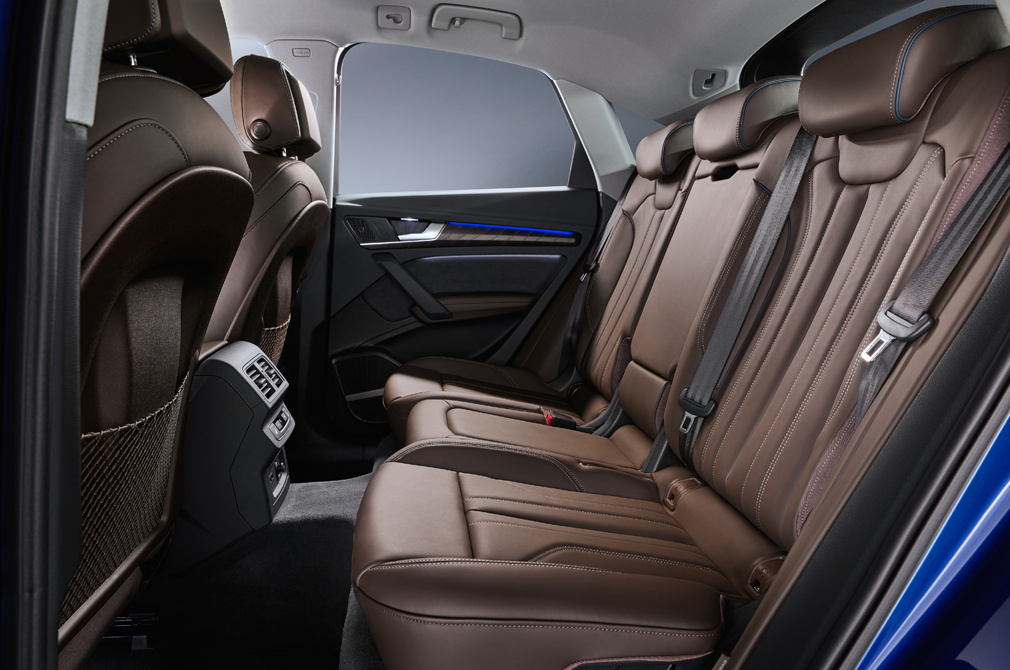 A 2820mm wheelbase offers ample room for five in the cabin.

Meanwhile, an adaptive air suspension system that can vary the ride height in five stages and by up to 60mm will be used in Q5 Sportback Vorsprung models.

The Audi Q5 Sportback will be launched with two powerful 2-litre four-cylinder engines – a TDI and a TFSI – each with 201bhp. There will also be a sportier SQ5 Sportback, which has a twin-turbocharged V6 TDI, although this is unlikely to be officially available in Singapore.

Torque understands that the Audi Q5 Sportback is expected to officially arrive in Singapore in “late 2021.”

Read our review of this Q5’s smaller sibling, the Q3 Sportback here!
Or check out our Audi Q5 review here 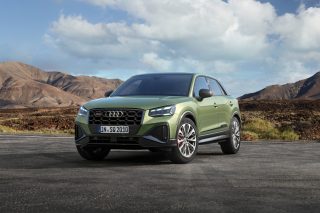