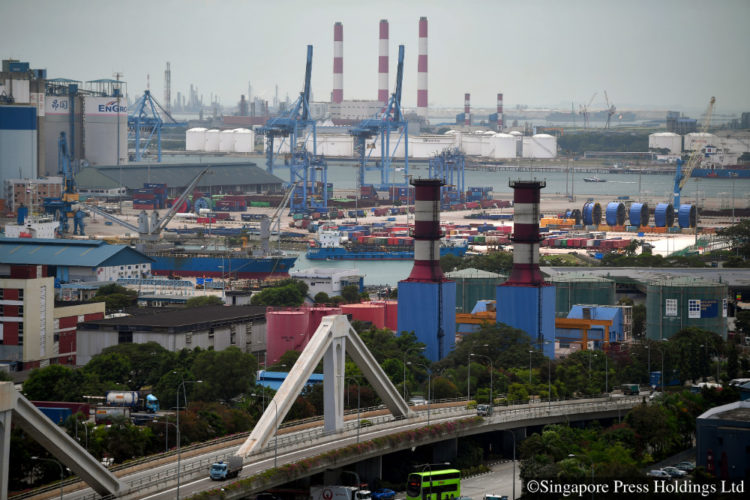 To cope with heavy traffic during the morning rush hour, a new automated system that adjusts the number of lanes in each direction was built on the link to Jurong Island.

Operational since late January, the automated reversible traffic lane system is the first of its kind in Singapore.

Between 6.30am and 8.30am, instead of having four lanes in each direction on the only route to Jurong Island, the system increases entry lanes to six, while departing lanes are reduced to two.

Jurong Island is home to over 100 petroleum- and chemical-related companies, with about 7000 vehicles entering the island daily.

In 2008, JTC Corporation, which developed and now manages the island, implemented a manual version of the reversible system, but this required extensive manpower and resources, it said. The old system cost $400,000 annually while the automated system, which costs $2 million, will break even in five years.

“Today, it takes only 10 minutes and two traffic coordinators to deploy the system, compared with 30 minutes that 15 workers used to take previously,” he said. “This not only helps achieve greater manpower efficiency, but also ensures that traffic is smoother and safer for Jurong Island’s commuters.”

Since 2014, JTC has also been conducting a study to look into building a second road link to Jurong Island, to cater to the increase in traffic demand and to act as an alternative route.

When asked about the outcome of the study, JTC said it was unable to provide further details as the study is ongoing.

A spokesman for synthetic rubber manufacturer Arlanxeo Singapore, based on Jurong Island with about 200 employees, said it would be helpful if there is another link to ease the high daily traffic volume, which causes a bottleneck at the checkpoint.

“Our Jurong Island site is located farther away from the checkpoint. With a second link, less time would be wasted on the road,” he said.