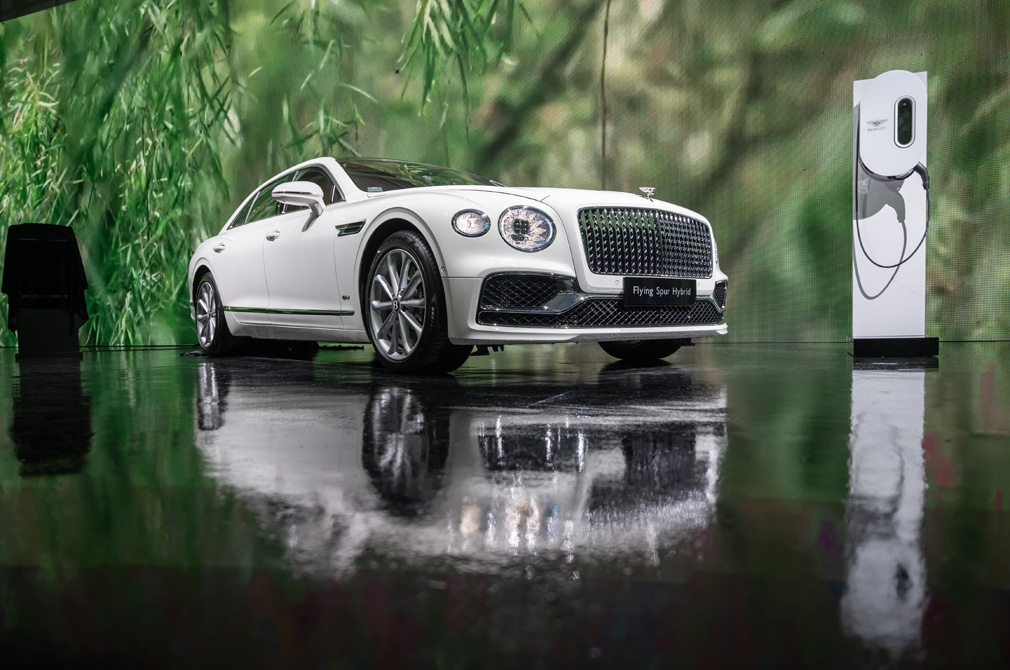 After crossing the entirety of Iceland on sustainable power, the Bentley Flying Spur Hybrid has now arrived here on our own sunny shores.

The car was unveiled to the media at [email protected], a green and smart building nestled within the One-North high-tech cluster.

The Flying Spur Hybrid comes powered by a turbocharged 2.9-litre V6, which works with a plug-in hybrid system.

Said system is comprised of a 134bhp electric motor animated by an 18kWh battery. Together with the engine, total system output stands at 536bhp and 750Nm of torque.

This is enough to see the luxury limousine completing the zero to 100km/h sprint in just 4.3 seconds.

If those power figures don’t seem enough for you, take heart in the fact that a Rolls-Royce Ghost Black Badge will take 4.8 seconds to complete the same sprint. The Mercedes Maybach S-Class, on the other hand, needs 4.9 seconds. 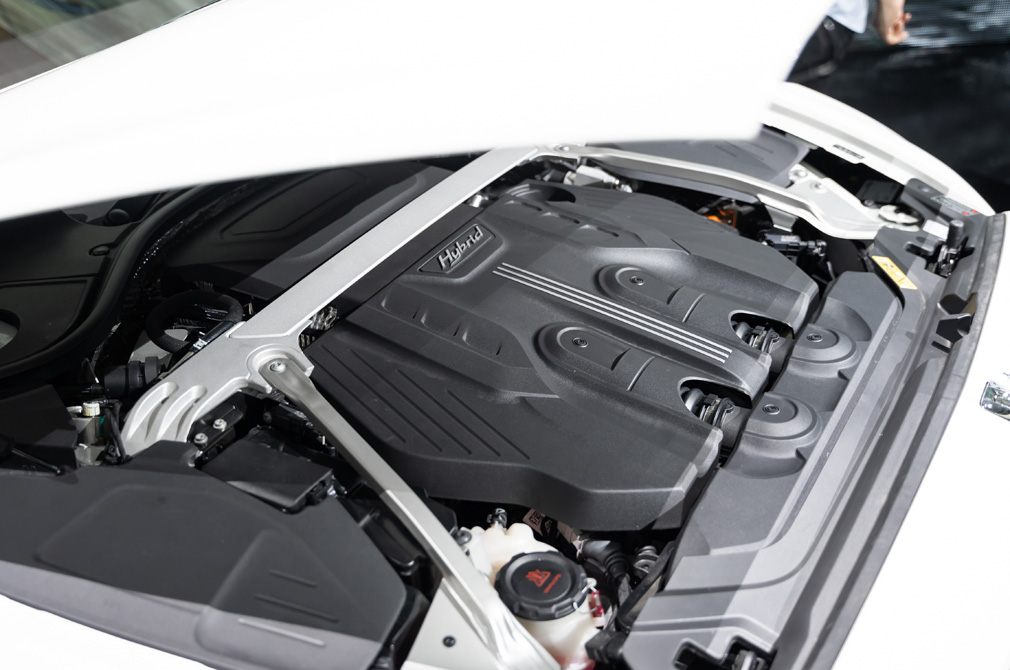 Those generous power figures of the Bentley Flying Spur Hybrid don’t just mean that the car will be able to cover many kilometres here in Singapore rather quickly.

Just like in Iceland, it will also be able to complete them in a relatively efficient fashion.

Consider, for example, the fact that the Bentley Flying Spur Hybrid has a WLTP rated fuel consumption of 30.3km/L. Additionally, there’s also the fact that it also offers an electric-only range of 41km.

Set the Flying Spur into its “Hybrid” driving mode, and it is even smart enough to utilise available navigation data to figure out how best to distribute the available battery charge along your journey in order to further maximise your fuel efficiency. 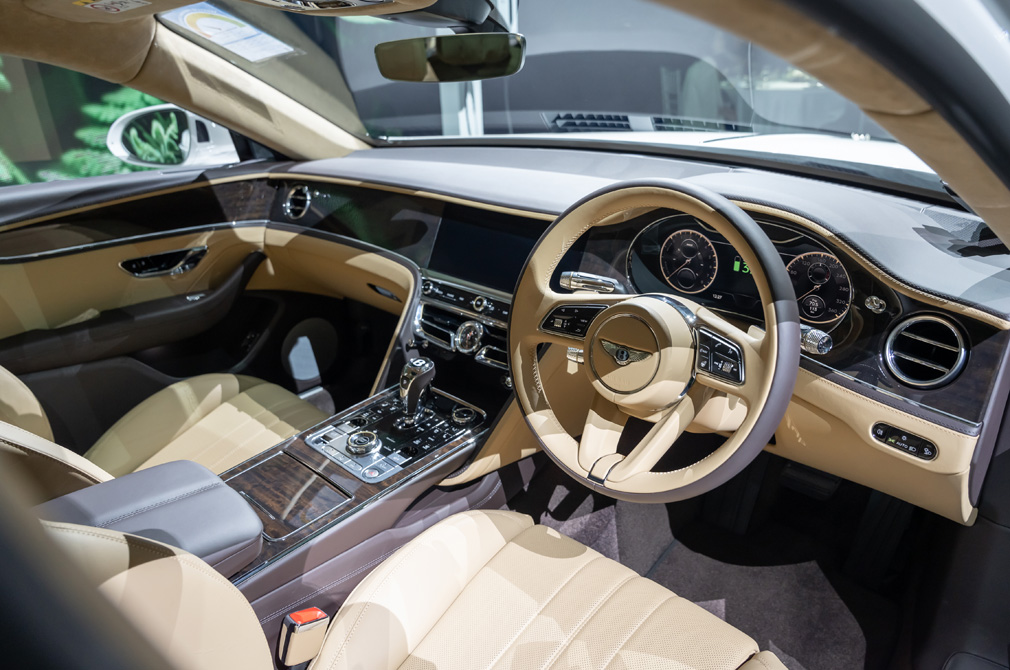 12.3-inch rotating infotainment display continues to serve in the cabin.

If you do have plans to conduct your own cross-island journey here, you’ll be glad to know that the Bentley Flying Spur Hybrid offers a range that is claimed to be in excess of 800km once fully fuelled and charged

Charging its battery back to full, meanwhile, will take a claimed 2.5 hours via a 7.2kW source.

But should you need to search for the nearest pumps, a quick glance at the 12.3-inch rotating infotainment display will offer up all the information you need.

This digital display can be hidden away, to be replaced either by three analogue dials, or an uninterrupted sweep of veneer on the dashboard.

A Touch Screen Remote, meanwhile, will offer passengers at the rear the ability to make adjustments to the rear cabin environment, adjust their seating position, and to share navigation instructions to those seated in front. 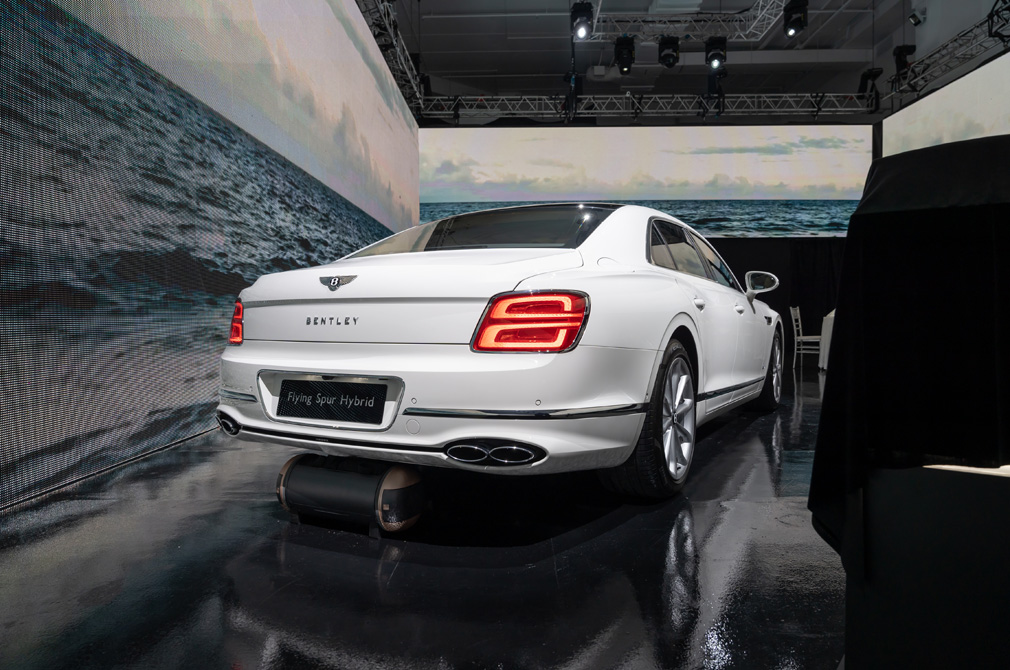 And you’ll certainly look the part wherever you choose to stop as well. You’ll get the handsome three-box silhouette of the rest of the Flying Spur range.

However, this hybrid variant is distinguished by unique tread plates along its door sills, as well as “Hybrid” badging on the lower front fender.

You’ll also get quad oval tailpipes in the Bentley Flying Spur Hybrid, as we saw on the Flying Spur V8.

Orders for the Bentley Flying Spur Hybrid are open, and first customer deliveries here in Singapore are expected to start in the first half of 2023.