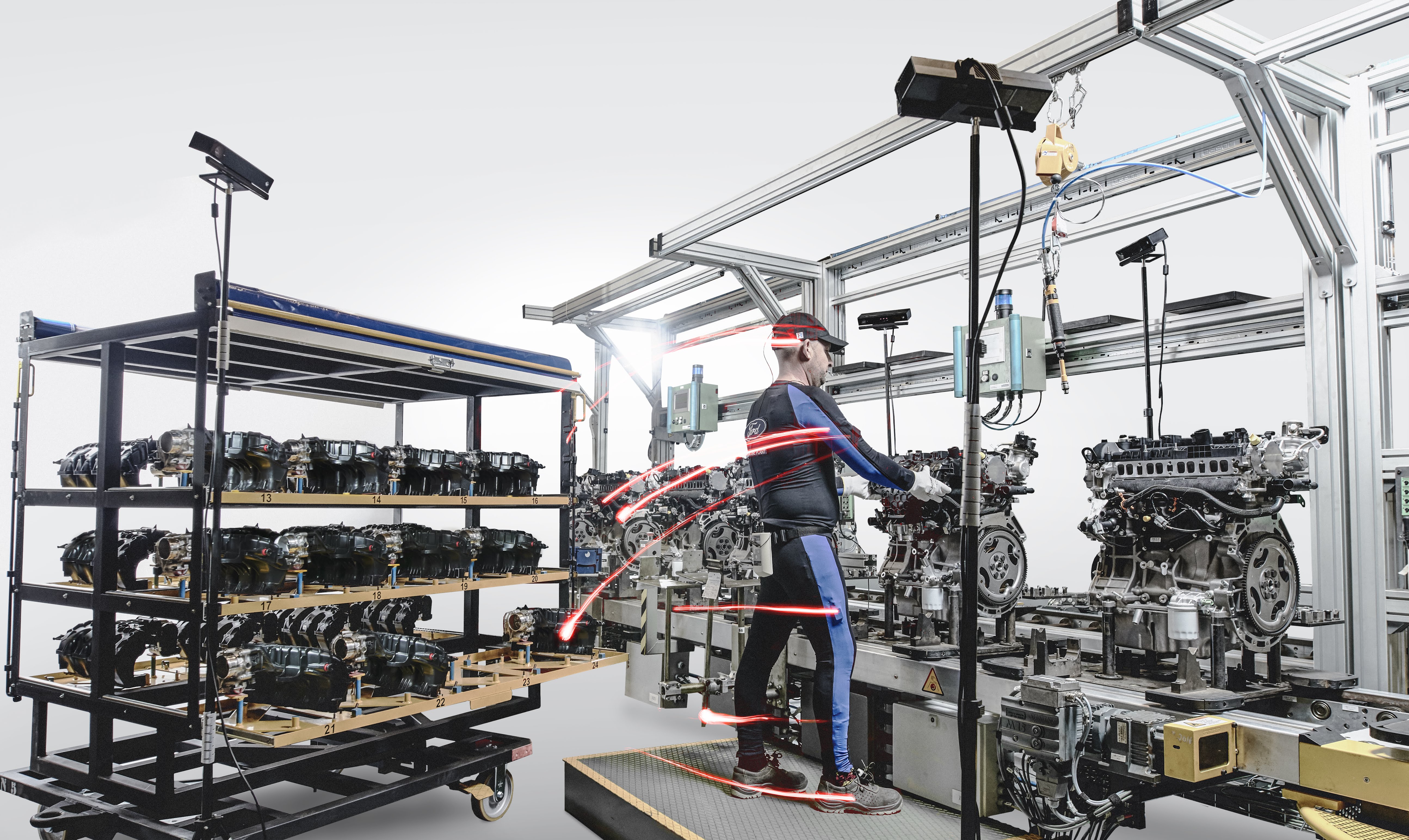 Technology typically used by the world’s top sport stars to raise their game, or ensure their signature skills are accurately replicated in leading video games, is now being used on an auto assembly line.

Player motion technology usually records how athletes sprint or turn, enabling sport coaches or game developers to unlock the potential of sport stars in the real world or on screen. Ford is using it to design less physically stressful workstations for enhanced manufacturing quality.

Engineers took inspiration from a suit they saw at a trade fair that demonstrated how robots could replicate human movement and then applied it to their workplace, where production of the new Ford Transit Connect and 2-litre EcoBoost Duratec engines has begun.

The skin-tight suit consists of 15 tiny movement-tracking light sensors connected to a wireless detection unit. The system tracks how the person moves at work, highlighting head, neck, shoulder and limb movements. Movement is recorded by four specialised motion-tracking cameras – similar to those usually paired with computer game consoles – placed near the worker and captured as a 3D skeletal character animation of the user.

Specially trained ergonomists then use the data to help employees align their posture correctly. Measurements captured by the system, such as an employee’s height or arm length, are used to design workstations, so they better fit employees.

Ford is now considering further rollout to its other European manufacturing facilities. It is part of Ford’s work, underway since 2003, to reduce the injury rate for its employees worldwide through the introduction of ergonomics technologies and data-driven process changes.