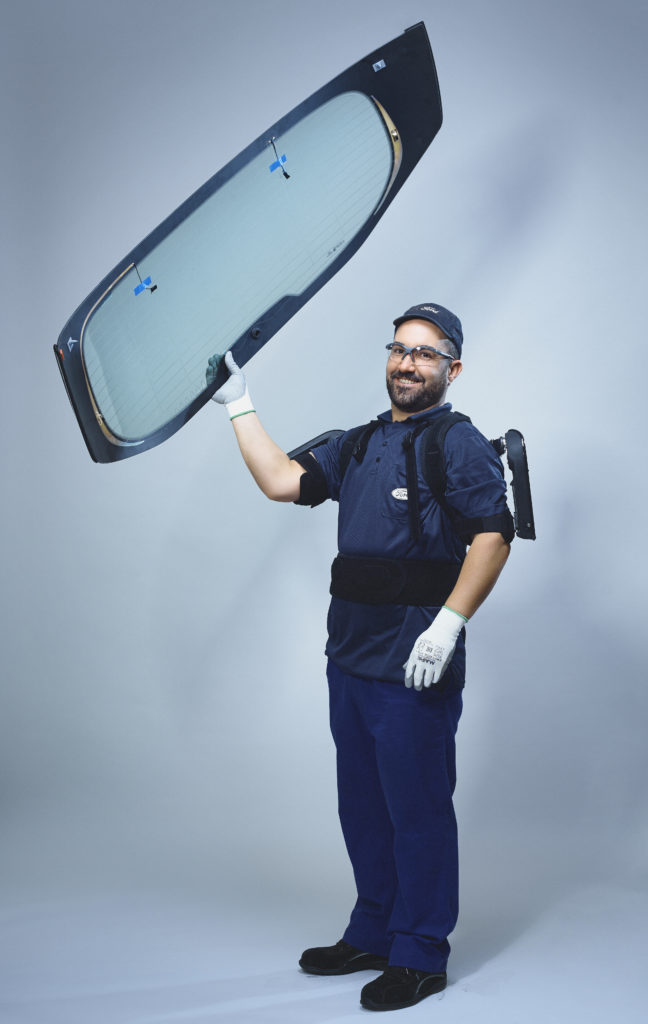 Exoskeleton suits endow users with the power to more easily lift and manoeuvre heavy objects. And now, for the first time, they have been integrated into a moving vehicle assembly line.

The futuristic outfits might bring to mind Tony Stark’s transformation into superhero alter ego Iron Man, but in reality, they provide support for the wearer’s shoulders and back, shifting the weight to the hips, so reducing the occurrence of workplace injuries.

While exoskeletons have been trialled at other car factories, the initiative at Ford’s facility in Valencia, Spain, where Galaxy, Kuga, Mondeo, S-Max and Transit Connect are built, is the first to fully integrate the technology into its production process.

Made from lightweight titanium and carbon fibre, the nine suits currently in use help assembly line workers lift, move or carry anything weighing more than three kilograms, when standing in an awkward position. The suits offer protection and support against fatigue and injury by reducing the stress and strain of repeated activities that can take a toll on the body over time.

“My job can be like a workout at the gym and you really need to be fit to tackle some of the tasks. The exoskeleton suit makes a big difference and at the end of a shift I feel much fresher,” said assembly worker Ramón Navarrete, 34, who helps fit vehicle interiors.

During the initial exoskeleton trial programme and suit development, production managers asked for input from around 200 workers in the plant to highlight how they thought an exoskeleton would benefit their work. Then, 100 employees were chosen as those who would benefit most from the technology and who worked closely with device designers. Those who use the suits manoeuvre heavy or awkward items such as fuel tanks. The programme has proved so successful that 20 more employees will trial the equipment, beginning April.

For Ford, it is part of the company’s investment into Industry 4.0, a term coined to describe a fourth industrial revolution, embracing automation, data exchange and manufacturing technologies. 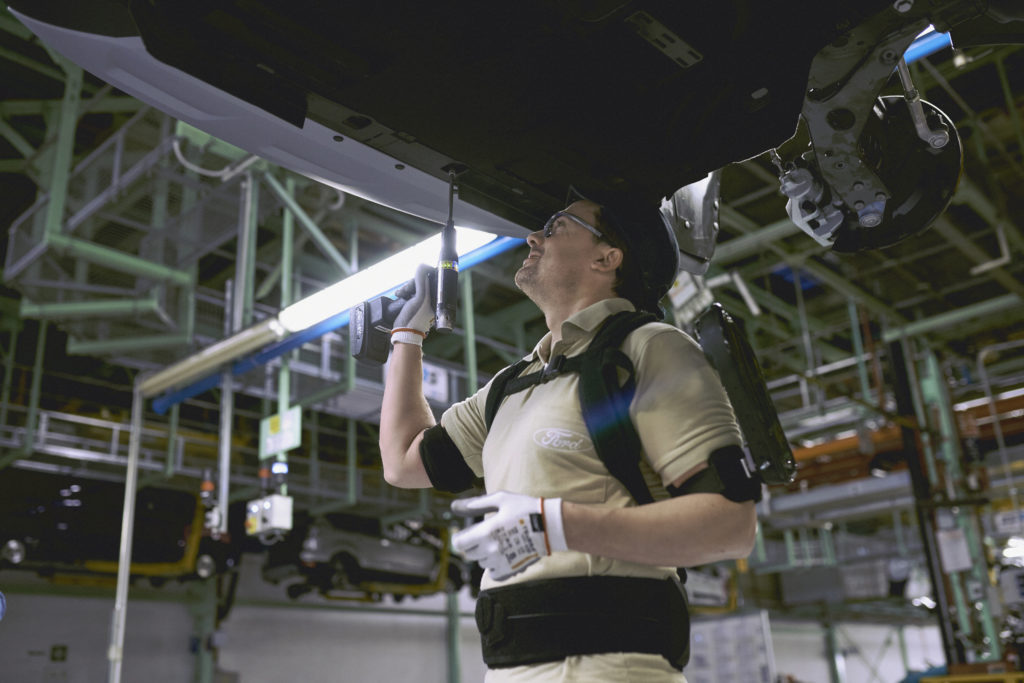 Check out the robotic glove developed jointly by General Motors and NASA.

Read about an Iron Man-themed Subaru Impreza in Singapore.