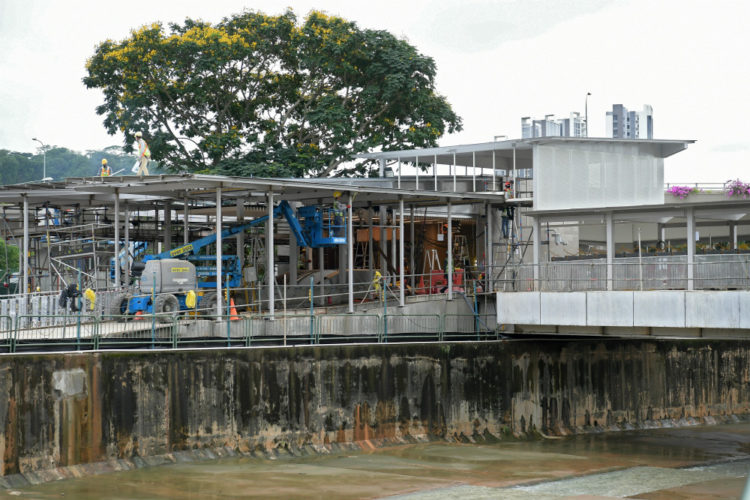 The Land Transport Authority said architectural works for the underpass project have been completed. Electrical and mechanical works have also been finished and will soon undergo testing.

A new underpass that will give residents in nearby Housing Board blocks sheltered access to Bukit Panjang MRT station will open in the first quarter of this year, after a delay of more than a year.

The 100m linkway, which will serve as the third entrance to Bukit Panjang MRT station, was first slated to open in December 2016, but it was pushed back due to construction challenges.

Giving an update to The Straits Times last month, the Land Transport Authority (LTA) said architectural works for the project have been completed.

Electrical and mechanical works have also been finished, it added, and will soon undergo testing.

“When it is completed, residents in Senja Road will be able to access the Bukit Panjang MRT station directly instead of via the junction of Bukit Panjang Road and Woodlands Road,” said an LTA spokesman.

Bukit Panjang is the western terminus of Downtown Line 2 (DTL2), which opened in December 2015.

When the line was designed and built, only two entrances to the station were planned.

But the authorities gave the nod for a third entrance in 2013, after lobbying by Holland-Bukit Timah GRC residents and its MPs Liang Eng Hwa and Vivian Balakrishnan.

Construction on the linkway started in 2014.

When asked, the LTA said more time was needed due to the “presence of high rock levels during excavation and multiple utilities over-crossing the construction shaft of this new entrance”.

“As these utilities could not be diverted, more time was needed for the contractor to carry out manual mining works around the utilities, to avoid damaging them and inconveniencing residents and stakeholders in the area,” the spokesman said.

Mr Liang, grassroots adviser for the Zhenghua ward in the GRC, said the new underpass can serve as many as 50 housing blocks, or about 8000 households in the area.

Those living more than 1km away can also cycle to the underpass and park their bicycles nearby, he added.

“I recognise that it’s a challenging (construction) site for the engineers… but we should still build it.

“It’s a bit late, but it’s better than not being there.”