Citroen continues its creative collaboration with Jean-Charles de Castelbajac by revealing the C3 JCC+ limited edition, an eye-catching French “fashion car” that displays the elegance of a black dress subtly set off in the designer’s colours of red, blue and yellow.

When two names associated with French visionaries and agitators come together, it heralds an impressive creative energy. The first instalment came in May 2017 with the E-Mehari Art Car, celebrating the 50th anniversary of a true icon. This natural encounter, merging two worlds, has now produced a limited edition called C3 JCC+.

Based on the third-generation C3 supermin, the bestseller in the Citroen passenger car ange, with more than 400,000 sales worldwide since its launch, this new creation by Jean-Charles de Castelbajac takes the form of a fashion car!

Once again, Jean-Charles de Castelbajac appeals to creative minds and again, through Citroen C3 JCC+, expresses his two reasons for living – art and fashion. With a focus on refinement, this limited edition, monogrammed with the designer’s signature, JCC+, offers a very high-end version of the C3. Sporting a black dress set off in the designer’s iconic colours of red for passion, blue for hope, yellow for sunshine, it will appeal to lovers of art, design and fashion who are looking for a versatile and exclusive model.

A trendy and versatile vehicle thanks to its styling and high potential for customisation, C3 becomes even more elegant and packed with character in this unique version. The C3 JCC+ limited edition is personalised both inside and out.

Aesthetically, the fashion car stands out at first glance with its Perla Nera Black body, Aden Red roof, tinted windows, black Airbumps and 17′-inch Cross Black alloy wheels. The artist’s touch can be seen in the roof capsule, with its special chevron decoration, and on the rear door and in the rear quarter-panel incorporating the blue JCC+ monogram. The colourful highlighting of the Airbump surrounds and foglight covers is blue, while the yellow wheel cap surrounds echo the shells of the wing-mirrors.

Exploring Paris in a Citroen E-Mehari

The same interplay of colour contrasts can be seen inside the C3 JCC+, with the red banner of the upholstery specific to the Urban Red Ambience and two touches of yellow added to the steering-wheel insert strip and the outline of the gearlever. The dashboard surround, meanwhile, adds a touch of blue. Further evidence of the attention to detail paid by Citroen and Jean-Charles de Castelbajac comes in the form of a sunvisor mirror with JCC+ sticker, plus JCC+ monogrammed front mats and coloured stitching, which is yellow on the driver side and red on the front passenger side).

This fashion car is very exclusive, available in a limited edition of 99 numbered vehicles. Each car produced will be signed by a metal plate numbered 1 to 99, located at the foot of the gearstick. The C3 JCC+ will go on sale from November in France and represent the first-ever vehicle to be sold entirely online via the Citroen France website. This offers additional proof of the brand’s creativity and modernity by revolutionising the traditional approach to automobile sales. 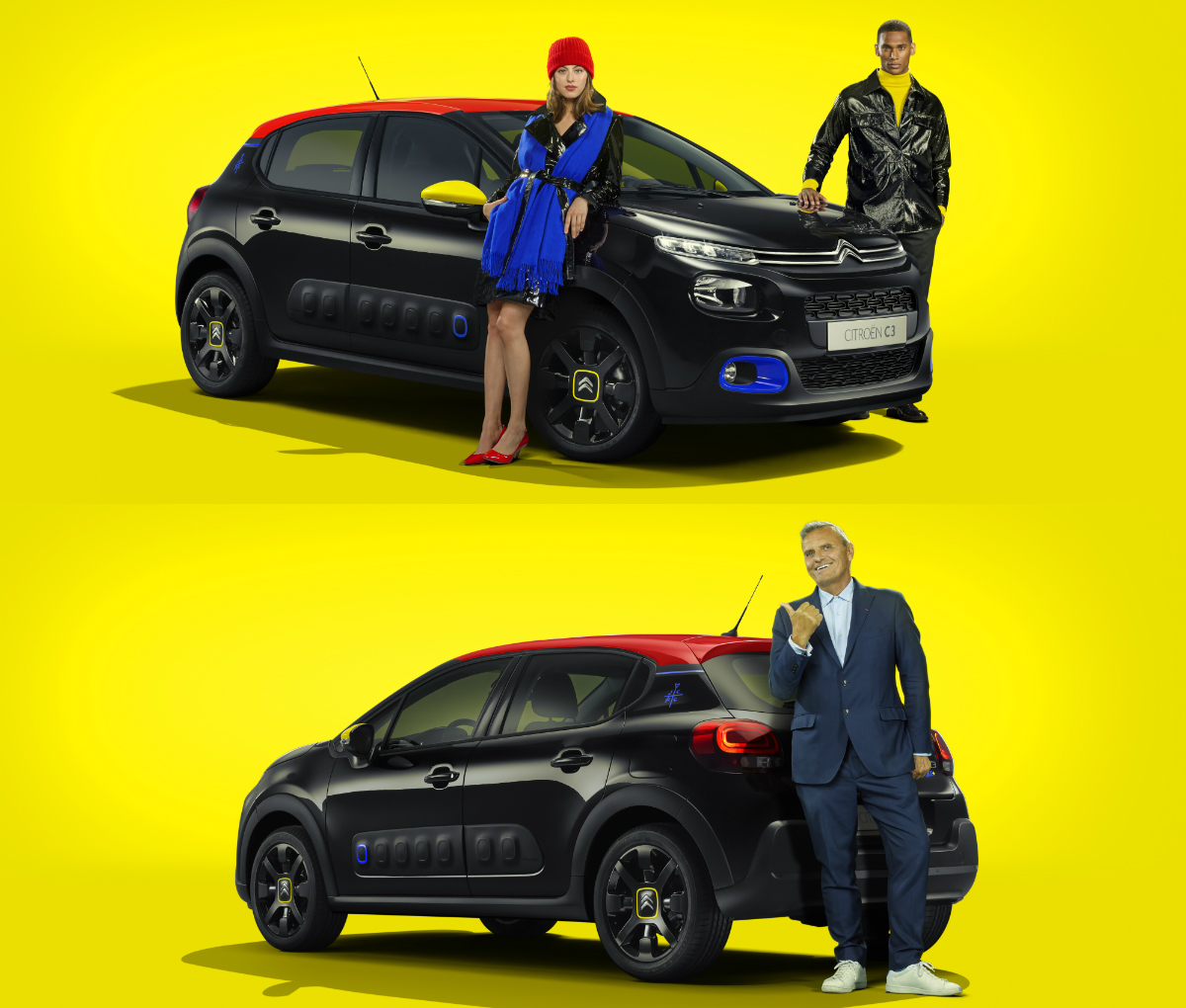 Citroen continues its creative collaboration with Jean-Charles de Castelbajac by revealing the C3 JCC+ limited edition, an eye-catching French “fashion car” that displays the elegance of a black dress subtly set off in the designer’s colours of red, blue and yellow.