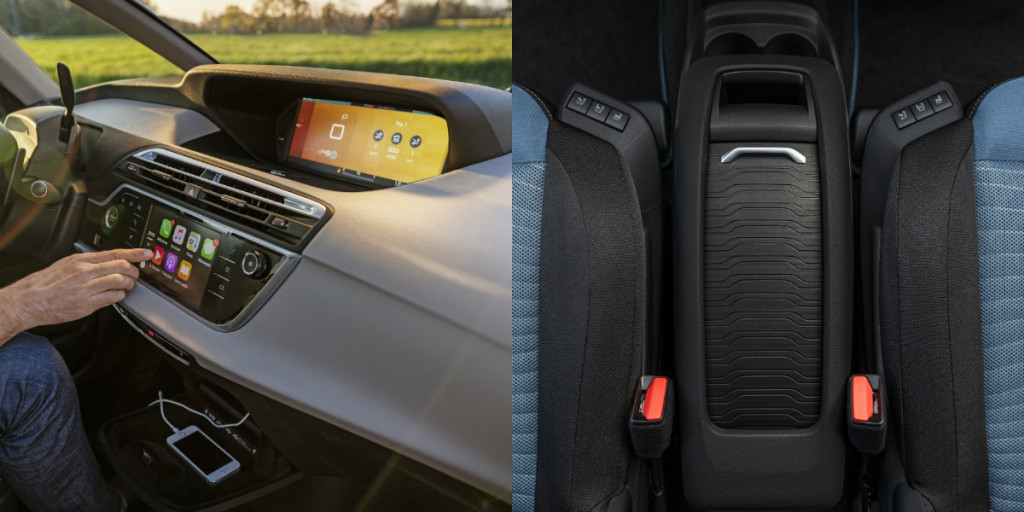 Since its launch in 2013, the second-generation Citroën C4 Picasso range has proved to be successful, attracting over 300,000 customers worldwide.

The C4 Picasso (and its Grand C4 Picasso sibling) is a modern and innovative MPV designed with all of Citroën’s know-how and creativity. Its strong and expressive styling makes it distinctive, with dynamic lines and unique front and rear light signatures. The design combines a compact exterior with class-leading interior space, with a light-filled ambience to enhance the feeling of quality and well-being.

That feeling is further underpinned by balanced on-road performance. The EMP2 platform offers a perfect blend of irreproachable roadholding and classic Citroën comfort for all occupants.

The Citroën C4 Picasso already offers technologies designed for well-being, with features such as Vision 360, park assist and adaptive cruise control to create a relaxed and easy drive.

The updated 2016 Citroën C4 Picasso builds on these qualities with its revised styling. It has new front end, standard 3D-effect rear lights and new 17-inch alloy wheels. A two-tone roof is available on the C4 Picasso five-seater and there’s a silver-coloured roof bar option for the Grand C4 Picasso seven-seater, as well as three new body colours.

The Picassos’ cabin space, modular design and superior on-road performance have been strengthened at the same time.

Four interior design styles and five upholstery choices allow the cabin to be adapted to individual lifestyles. There’s a newly specified 3D Citroën Connect Nav system, which is combined with an updated 7-inch touchscreen and also enhances the functionality of the 12-inch HD screen on the upper part of the dashboard. The hands-free tailgate allows the driver to open the boot with a simple movement of his/her foot at the rear of the vehicle.