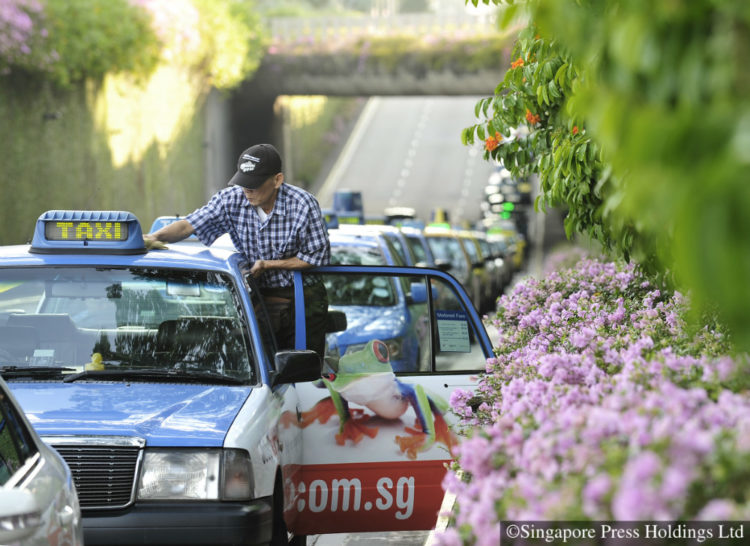 Transport giant ComfortDelGro Corp posted an 8.2 percent drop in net earnings to $80.1 million for the third quarter, with its core taxi business dented by private-hire competition.

Revenue slipped 2.4 percent to $991.4 million, with the taxi division accounting for the bulk of the fall.

The taxi unit posted an operating profit of $37.5 million for the three months, down 20.7 percent from the corresponding period last year.

The group’s engineering division, which includes diesel sales to cabbies, posted an operating profit of $8.5 million, almost half of its previous figure.

The two units posted a combined revenue of $340.4 million, 12.2 percent lower than previously.

ComfortDelGro’s operating expenses were 1 percent lower at $879.9 million; and its taxation was 14.3 percent less at $21 million.

“But we are in this business for the long haul, and we will continue to look at sustainable strategies through strategic alliances.”

ComfortDelGro announced in August that it was in alliance talks with American ride-hailing firm Uber. Both parties are said to be doing their due diligence now.

Since that announcement, rival ride-hailing firm Grab has upped its ante with discounts targeted at Comfort cabbies.

ComfortDelGro has lost several hundred drivers or more. The third-quarter results bear this out. Earnings per share fell 8.6 percent to 3.7 cents, with gains posted by units such as public transport services negated by taxi deterioration.

Its profit margin before interest, tax and depreciation shrank from 22.2 percent to 21.6 percent.

Looking ahead, directors expect revenue from the buses and trains in Singapore to be higher, with full-year contribution from the bus contracting model and start of revenue on Downtown Line 3.

Taxi revenue is expected to slide further “with the substantial increase in private-hire vehicles”. Engineering revenue is also expected to be lower.

Research analyst Abhishek Nigam at stockbroking firm Nomura seemed sanguine. “The results are flat quarter to quarter. The taxi decline is slowing, and other segments were largely stable.”