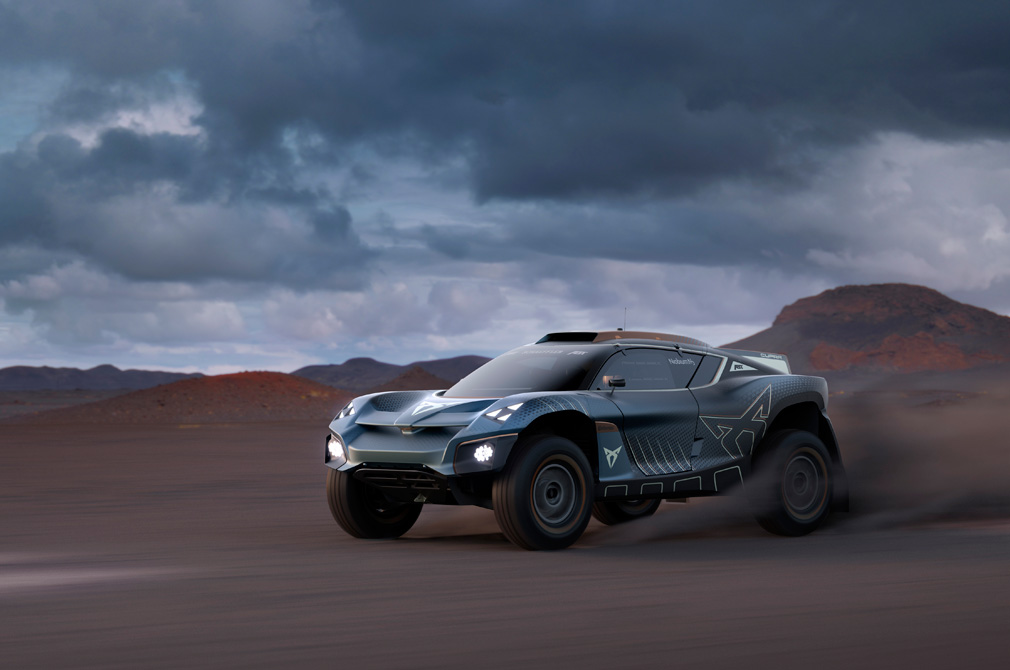 Take a good look at the car: It is not only Cupra’s next stage in its Extreme E adventure, but also sports a design language that will be used in the future Cupra Tavascan, already slated for serial production.

It will be Cupra’s second 100% electric model. It will be designed and developed in Barcelona, and will reach Europe and overseas markets in 2024. So just what’s new? Well, for a start the car sports a revitalised body. Parametric texturing and dynamised lines are said to allow it to shimmer and move as the car shifts through the landscape.

The concept also sports an all new livery designed to help it stand out, be it against a backdrop that is arctic, desert, or ocean.

Interesting touches include the LED head lights, which are formed via a 3D-printed frame.

They now form a pattern of three triangles on either side, giving the Tavascan Extreme E Concept a more imposing look. 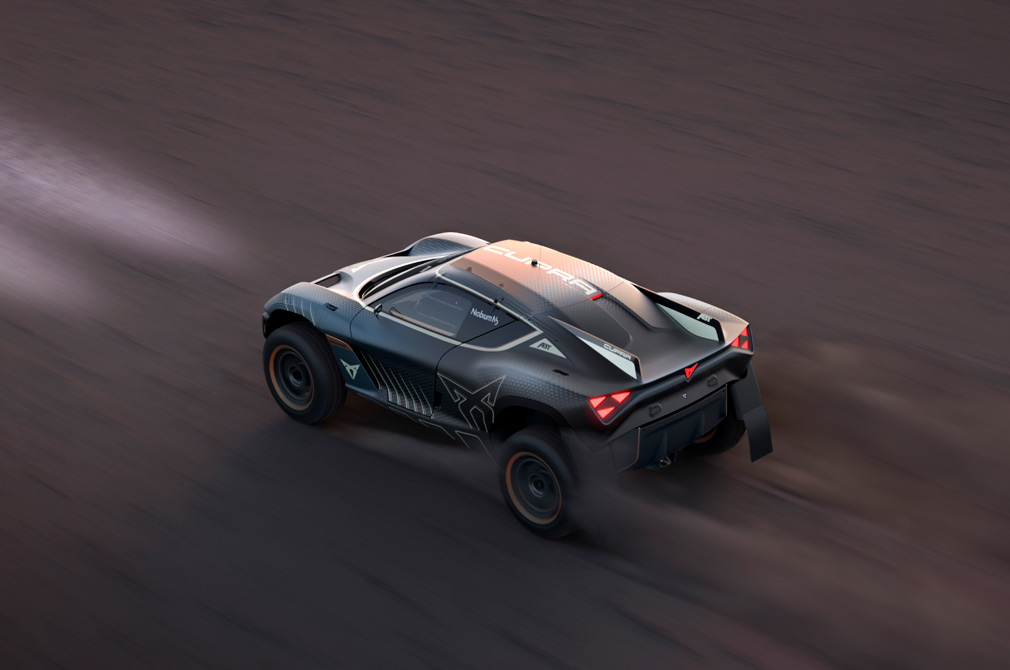 The 3D-printed parts can be manufactured in just six hours, handy when you’re racing out in the wild, as the team can adapt to changes very quickly.

So, whether it’s because of an incident or changes to the light position, the components can be modified in a very short time without the need for cumbersome and expensive tooling.

And following the sustainable spirit of Extreme E, the Cupra Tavascan Extreme E Concept also has its body made from flax. You read that right.

The sustainable plant-based material, Cupra states, can not only be worked into the same shapes as carbon fibre, but is a technology that could easily be adapted for production vehicles.

Be sure to catch the Cupra UrbanRebel Concept as well!
Or read our review of the Cupra Ateca here!