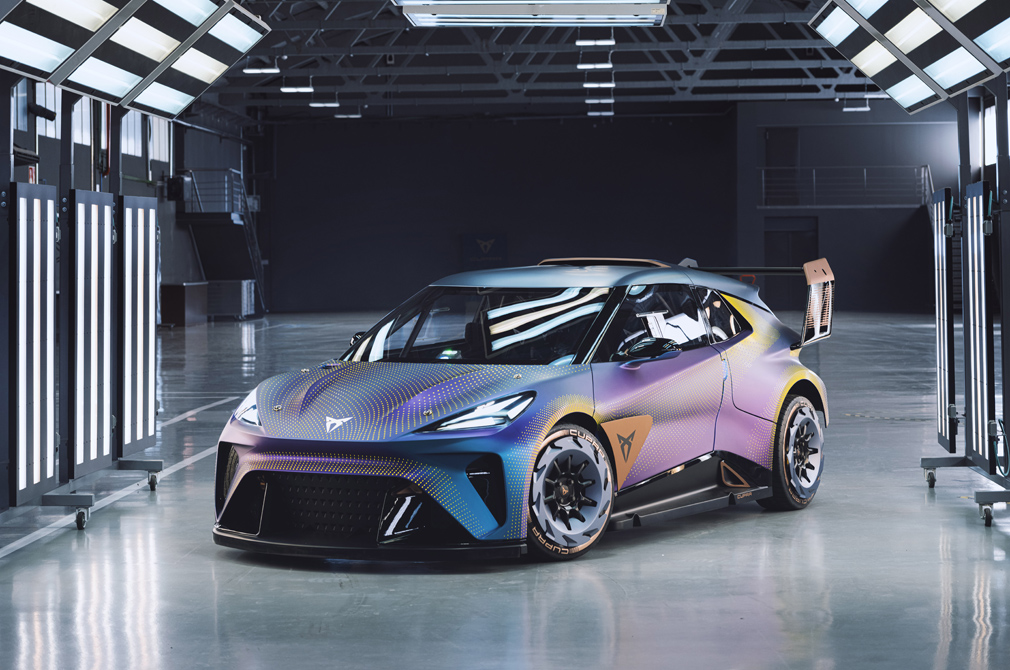 Spanish performance brand Cupra says the concept you’re looking at could be what a future city electric car from it could look like. And that model could be coming as soon as 2025.

Called the Cupra UrbanRebel Concept, it is built upon a short version of the Volkswagen Group’s Modular Electric Drive Matrix, adding more credence to that already looming arrival date.

This concept, says Cupra, has had its core design elements are enhanced to give the vehicle an even more rebellious character. 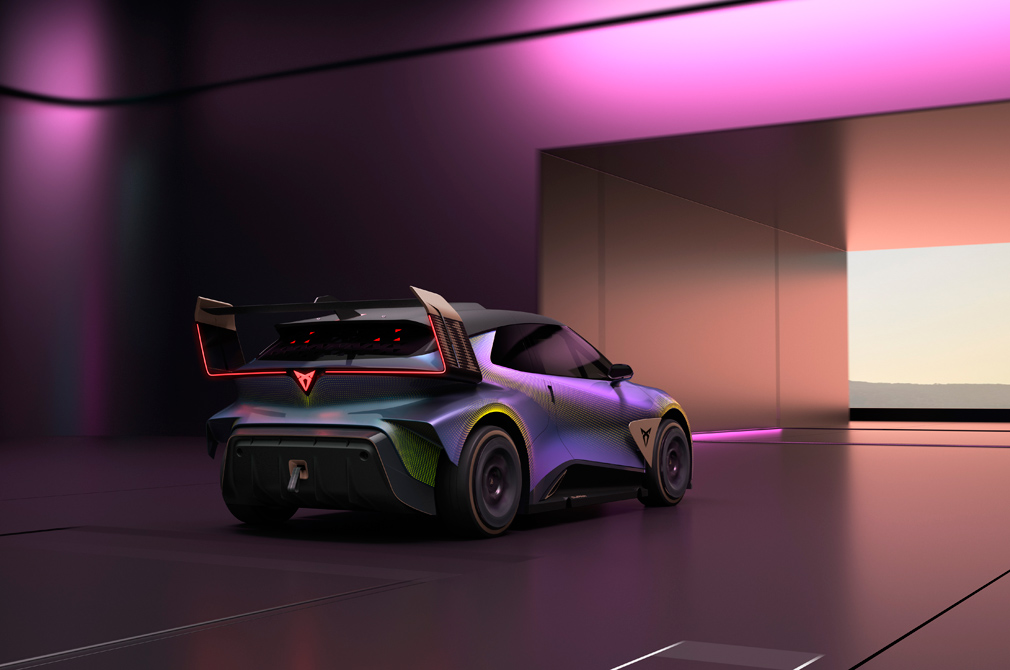 That massive spoiler is further emphasised by the negative space underneath.

In front, the Cupra UrbanRebel Concept gets a sharp, shark-like nose. The face is also emphasised by the new triangular signature in the headlamps.

Higher up, a wrap-around window graphic generates the visual effect of a helmet – as in the Cupra Tavascan Concept – giving continuity between the windows around the whole car. A floating roof effect is also generated as a result.

But of course, what immediately captures the eye, is that giant spoiler at the rear, which Cupra has added as a nod to the racing cars of the virtual world.

A peak power delivery of 429bhp will allow the Cupra UrbanRebel Concept to accelerate to 100km/h from rest in just 3.2 seconds. However, continuous power delivery is capped at 335bhp.

Read our review of the Cupra Leon here!
Or find out more about Cupra’s first electric vehicle, the el-Born! 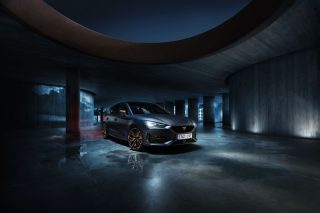 The Cupra Leon VZ Cup is one stunning car to admire

The Cupra Leon VZ Cup is one stunning car to admire