Downtown Line 3 to benefit homes and businesses in the east | Torque
Loading posts...
0 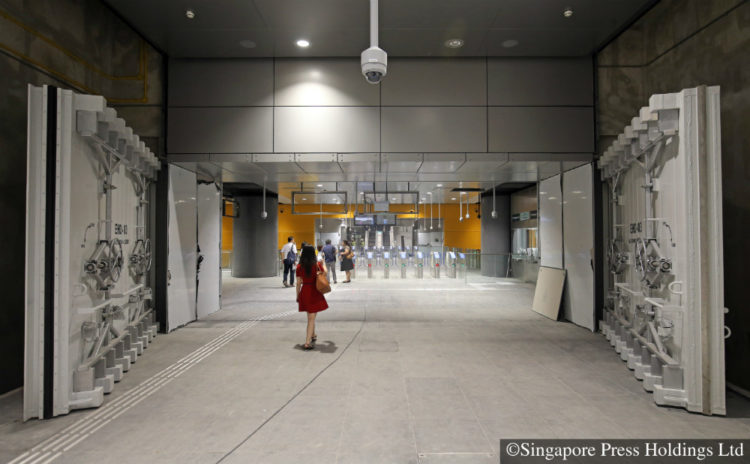 Altogether, the 34 stations will provide a direct connection between the north-western areas of Singapore, like Bukit Panjang, and the eastern tip of the island.

The average daily ridership for the first two stages was 245,000 in the first quarter of this year. The figure is expected to rise to 500,000 when the full line is up and running.

Miss Lam, for example, will get 20 minutes more spare time once the line opens. Her one-hour commute to her workplace in HarbourFront – which includes a bus and two train transfers – will soon take only 40 minutes with just one train transfer.

“Maybe I can have a good breakfast before leaving home, instead of rushing out,” said Miss Lam, 20, an intern with Resorts World Sentosa’s events department.

Ms Steffi Lee, 25, who lives in Upper Changi, which is currently not served by the MRT system, is also looking forward to the DTL3.

From the DTL3’s Upper Changi station, the corporate communications officer has a direct ride to Bayfront station. From there, she needs to walk only five minutes to her Raffles Place office.

“I’m pleased. I can wake up later. The train will be more reliable than the bus, which is sometimes delayed. I can also take the DTL3 to Bedok North to visit my boyfriend, who lives nearby,” she said.

A NEW WAY HOME
A total of 58,000 households will benefit from the DTL3, as they are within a 10-minute walk from one of the 16 stations.

This means 809,000 homes, or 64 percent of all households, will now have convenient access to the rail network, from 60 percent now.

This is another step towards the Government’s target to have eight in 10 households living within 10 minutes of a train station by 2030 – a key pillar in its car-lite drive.

In fact, Ms Gillian Giam, 46, might consider giving up driving, especially on days when there are road accidents or jams along her route.

The instructor at Motionwerkz, a yoga studio at CT Hub in Kallang Avenue, said: “The new Bendemeer station will make it easier for me and the students to come to the studio. I live in Hume Avenue, so with this new station, perhaps there are days when I can consider taking the train from Hillview straight to work.”

“Areas such as Jalan Besar, Bendemeer and Geylang Bahru (lie) in between the two MRT lines, and are fairly mature and densely populated. Taking the NEL and EWL may not be so convenient,” he said.

The DTL3, he added, traverses a “good mixture” of areas, from industrial spots such as Kaki Bukit and Ubi to residences in Bedok North and Tampines. 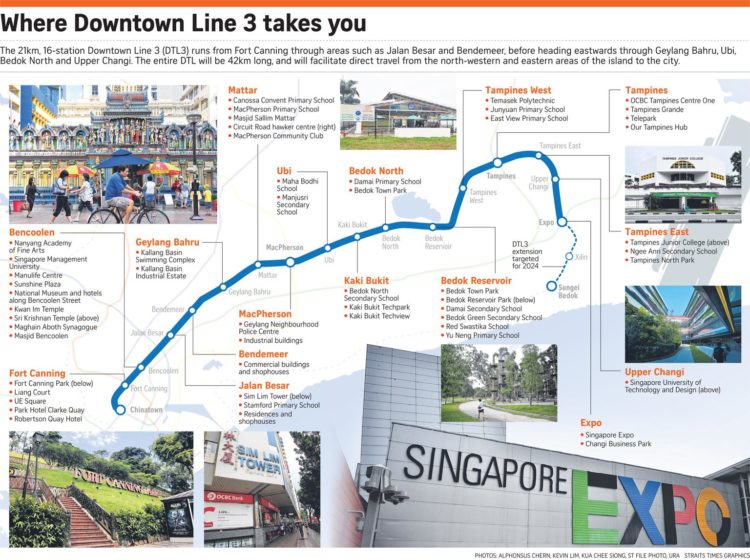