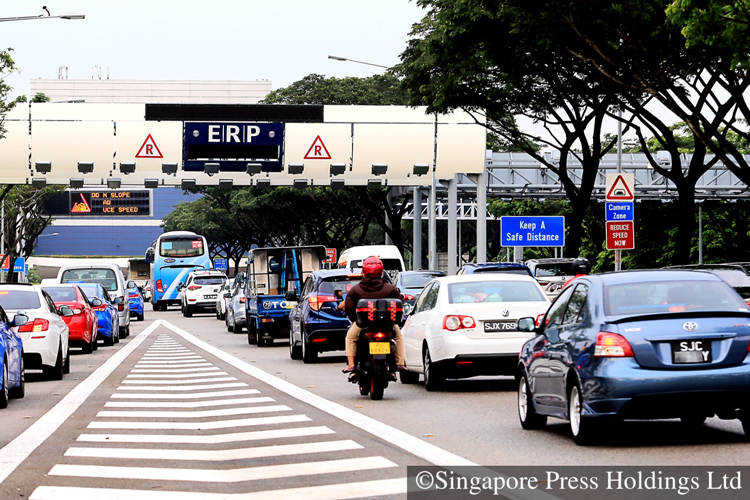 ERP 2.0 or distance-based road pricing, looks to be some years away.

The move to charge motorists according to the distance they drive – distance-based electronic road pricing (ERP) – will not come for several years more.

This was revealed amid the announcement of a new lump sum tax for electric vehicles (EVs) in lieu of fuel excise duty. This does not apply to EVs as they do not run on fossil fuels.

Deputy Prime Minister Heng Swee Keat said the excise duty on fuel is a form of mileage tax to discourage indiscriminate use, which in turn has an impact on pollution and congestion.

“Ideally, we would like to implement a usage-based tax on EVs as an alternative to fuel excise duties,” he said.

“But the technology to do this properly is the next-generation ERP system, and distance-based charging using ERP is still several years away.”

Last June, the Land Transport Authority dismissed talk that the project was delayed. It said that the second-generation ERP system “is on track to be progressively rolled out from next year “.

However, it said that during a transition period, “there will be no changes to the existing congestion-management framework”.

That means ERP 2.0, or distance-based ERP will not kick in yet.

If the system is up, it will be the first distance-based road charging to be implemented in a city. While some motorists had dreaded being charged according to their driving distances, not everyone felt that way.

Business consultant Albert Lee, 61, said a distance-based charging system – to be applied on top of time and location criteria – is more equitable.

“I am honestly looking forward to distance-based charging as I think this is a fair way. So, any delay is disappointing.”

“But when distance-based charging finally comes, I hope the Government will review the entire car tax structure to have less weightage on ownership and more on usage.”

ERP 2.0 leaves questions unanswered
Why Satellite ERP won’t reduce traffic congestion
LTA must communicate more with the motoring public about ERP 2.0
Distance-based charging: No plans yet to charge every road