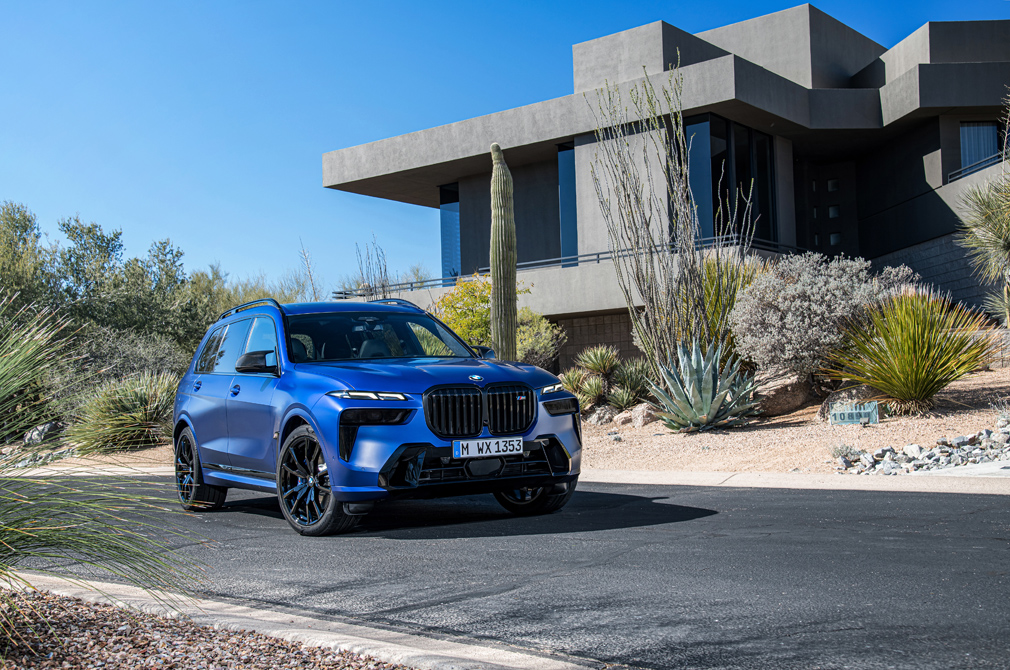 Mercedes-Benz GLS and Audi Q8 not brash enough for you? There’s now a facelifted BMW X7 for you to consider.

And boy, apart from being brash, it’s mighty big and bold as well.

You must have noticed the big change here already. The headlights of this new BMW X7 are now split, so you get the daytime running lights and turn indicators on the upper tier.

The dipped and high beams meanwhile, now rest in the lower section of the light cluster. 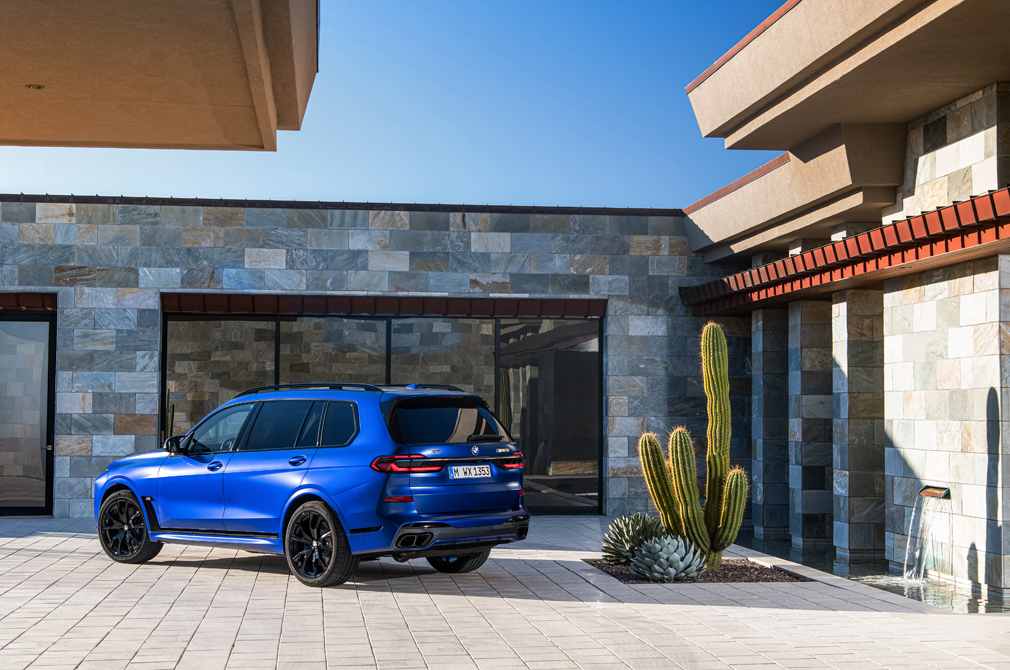 The X7 has been updated with new, more sculpted taillights at the rear.

Between those new lights is a front grille that can now be equipped with cascade lighting, a feature also present on the facelifted 8 Series.

The illuminated grille will come as standard on the BMW X7 M60i xDrive, although it will be offered as an option through the X7 range.

The lighting at the rear has also been updated on the X7. Here, the slim lighting clusters now sport a new three-dimensional design. Between them rests a chrome bar that’s now enclosed within an exquisite glass cover. 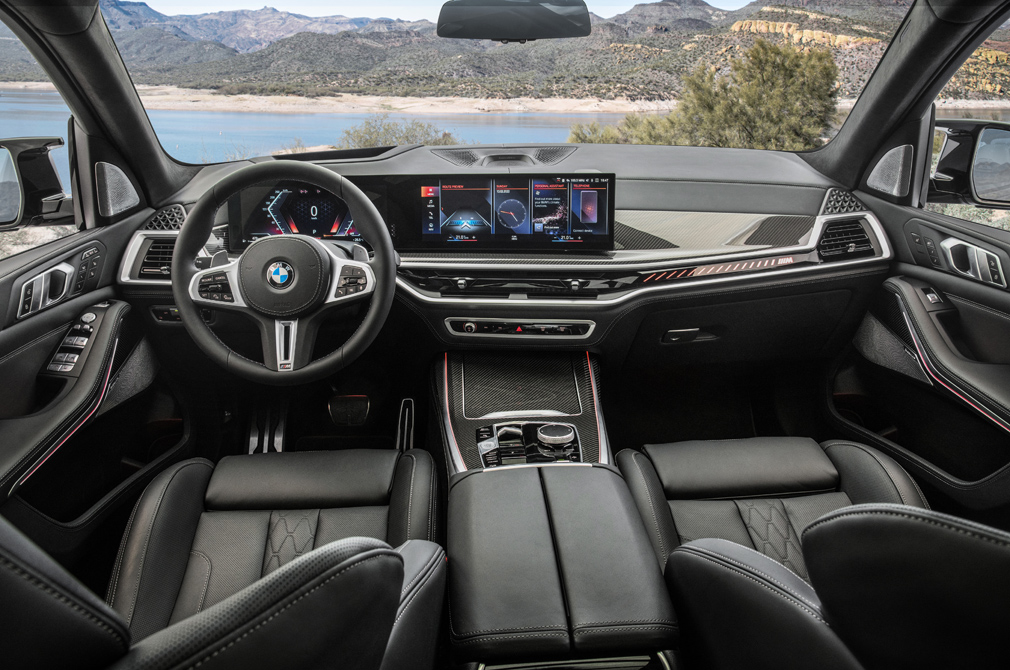 Two new colours are being offered internationally for the BMW X7: M Marina Bay Blue metallic and Sparkling Copper Grey metallic. The SUV is also being offered with 20-inch wheels as standard.

Step up and into this new X7, and you’ll find an equally dramatic change.

The dashboard has been completely revised with new air-conditioning vents. You’ll no doubt also have noticed the new curved display, here merging a 12.3-inch information display and a 14.9-inch control display.

As seen on the new BMW i4 and iX SUV, the system on the X7 is now runs BMW’s Operating System 8. 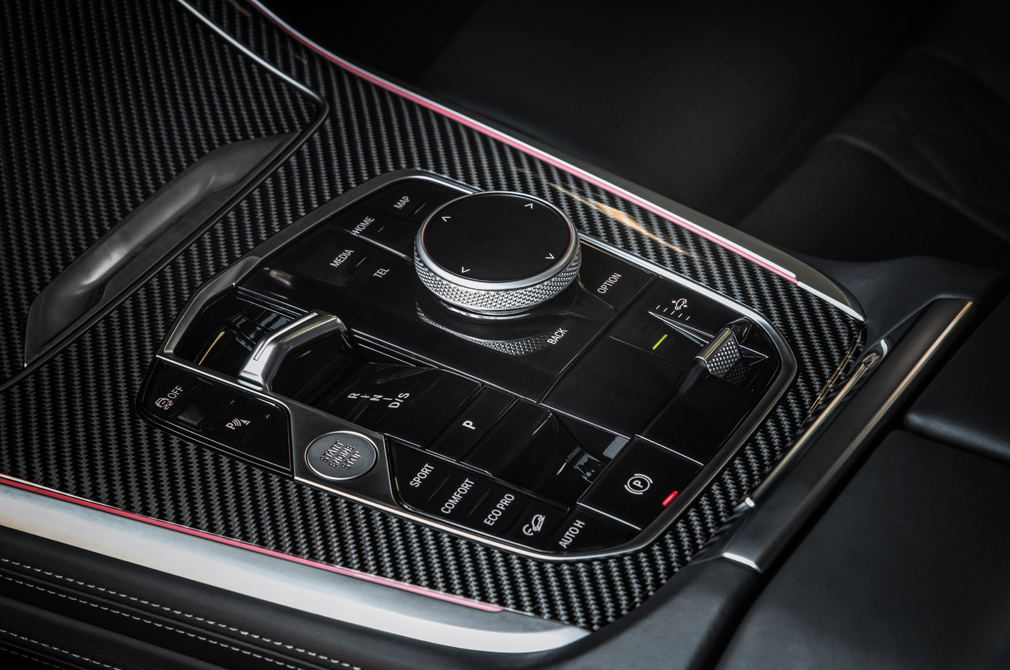 Gear selector has been redesigned into a more cutting-edge item.

The new X7 will be offered as a six- or seven-seater, and those seats will be wrapped in BMW Individual Merino extended leather upholstery, if you’re in Europe that is.

For customers outside the continent, a new Sensafin trim will be offered, which sees the seats upholstered in a high-quality, vegan surface material.

BMW claims this material has leather-like properties. In the X7, it will have with three-dimensional quilting and surface perforation.

Two petrol-powered engines are being offered for the X7 at launch. Both are now equipped with mild hybrid technology. 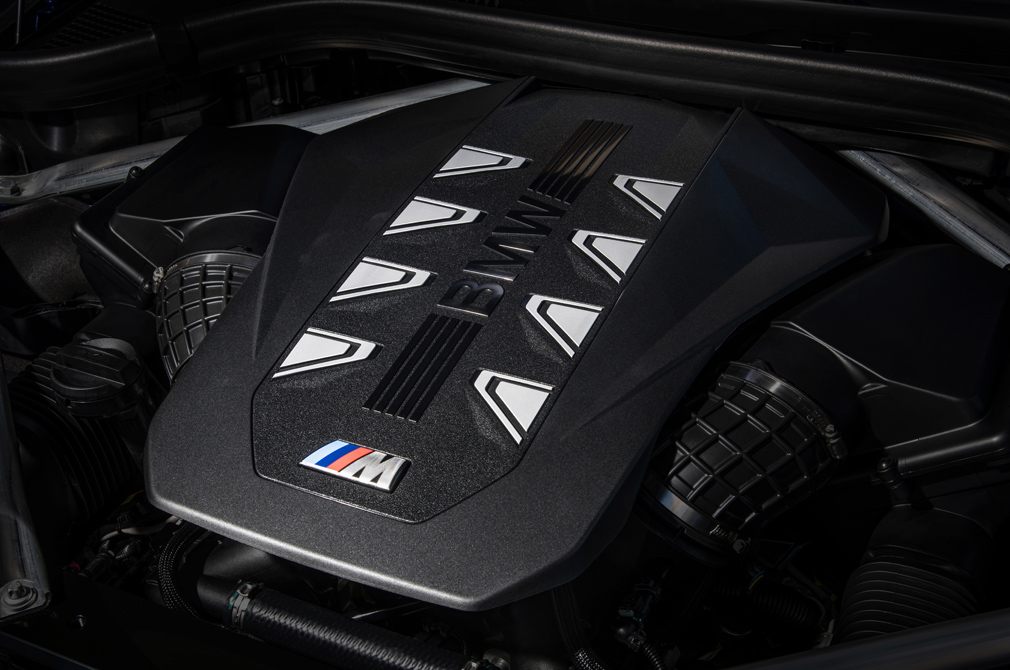 Leading the pack is a turbocharged 4.4-litre V8 for the range-topping BMW X7 M60i xDrive, which develops a total of 523bhp and peak torque of 750Nm.

There’s also a new 6-cylinder engine making its debut in the BMW X7 xDrive40i. It offers a total power output of 375bhp and a peak torque of 520Nm.

The X7 is slated to reach Singapore in the fourth quarter of 2022, with prices for the xDrive40i model are expected to be in the $550k range.

Catch our review of the outgoing BMW X7 here!