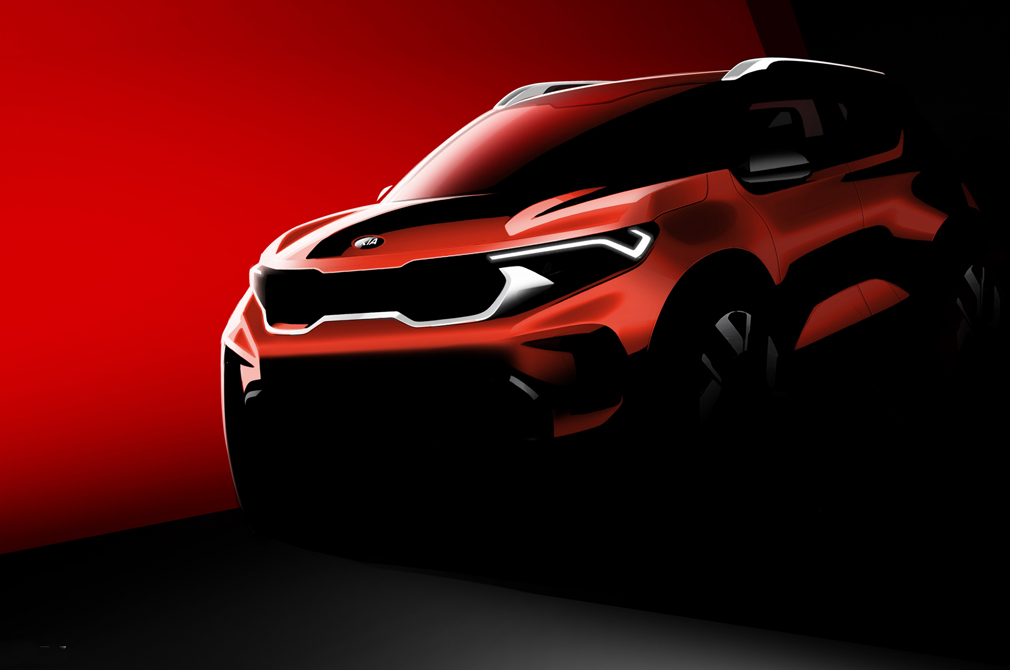 The rendering shows the SUV sporting signature Kia design traits such as the prominent “tiger nose” grille, with a three-dimensional “stepwell” geometric grille mesh for a strong visual impression.

The model will be the second car from Kia to be made in India for a global market, following the footstpes of the Kia Seltos.

The global premiere of the Sonet is scheduled to happen shortly. Kia states that there are as of yet no plans to bring the compact SUV to European markets.

If you’re looking for something at the other end of the scale size-wise, there’s also the newly revealed Kia Carnival. Read about it here!
Or read our review of the Kia Stonic compact crossover here!