Ford employees in 15 plants and seven countries who perform repetitive overhead tasks now have assistance from a new upper-body exoskeletal technology called EksoVest, which reduces the physical toll on workers during the vehicle assembly process, lessening the chance of worker fatigue, injury or discomfort.

Imagine lifting a bag of flour or a watermelon over your head up to 4600 times a day as part of your job – that is similar to what some Ford employees do every day as they work to build vehicles around the world.

Repetitive motions like those can lead to fatigue and injury for workers, but now Ford is rolling out a new wearable technology globally called EksoVest that helps reduce injury risk in some plant workers after a successful trial in two of Ford’s US plants.

Ford employees in 15 plants and seven countries around the world are able to use an EksoVest to help lessen the physical toll that their job takes on their body. Ford partnered with Ekso Bionics to enhance this wearable technology that elevates and supports a worker’s arms while performing overhead tasks such as reaching up with a power tool to screw bolts to secure the car’s brace – all while standing underneath the vehicle.

The EksoVest fits workers ranging from 157.5cm to 193cm tall and provides lift assistance from 2.26kg to 6.8kg per arm. Ford workers say it’s comfortable because it’s lightweight and not bulky, allowing them to move their arms easily.

Ford piloted the EksoVest at its Michigan assembly plants in Wayne and Flat Rock during the past year. The feedback from plant operators helped refine the technology before the company rolled it out globally.

All of Ford’s North American assembly plants have EksoVests and they are being used in plants in Asia Pacific, Europe and South America as well.

“I don’t want the EksoVest to ever leave,” said Nick Gotts, an original EksoVest operator at Flat Rock Assembly, “Any job that’s overhead, I wouldn’t work without it.”

“Building vehicles is physically a tough job,” said Bruce Hettle, Ford group vice president, Manufacturing and Labour Affairs. “We care about our employees and are trying to help them do their jobs with the least amount of wear and tear on their bodies possible.” 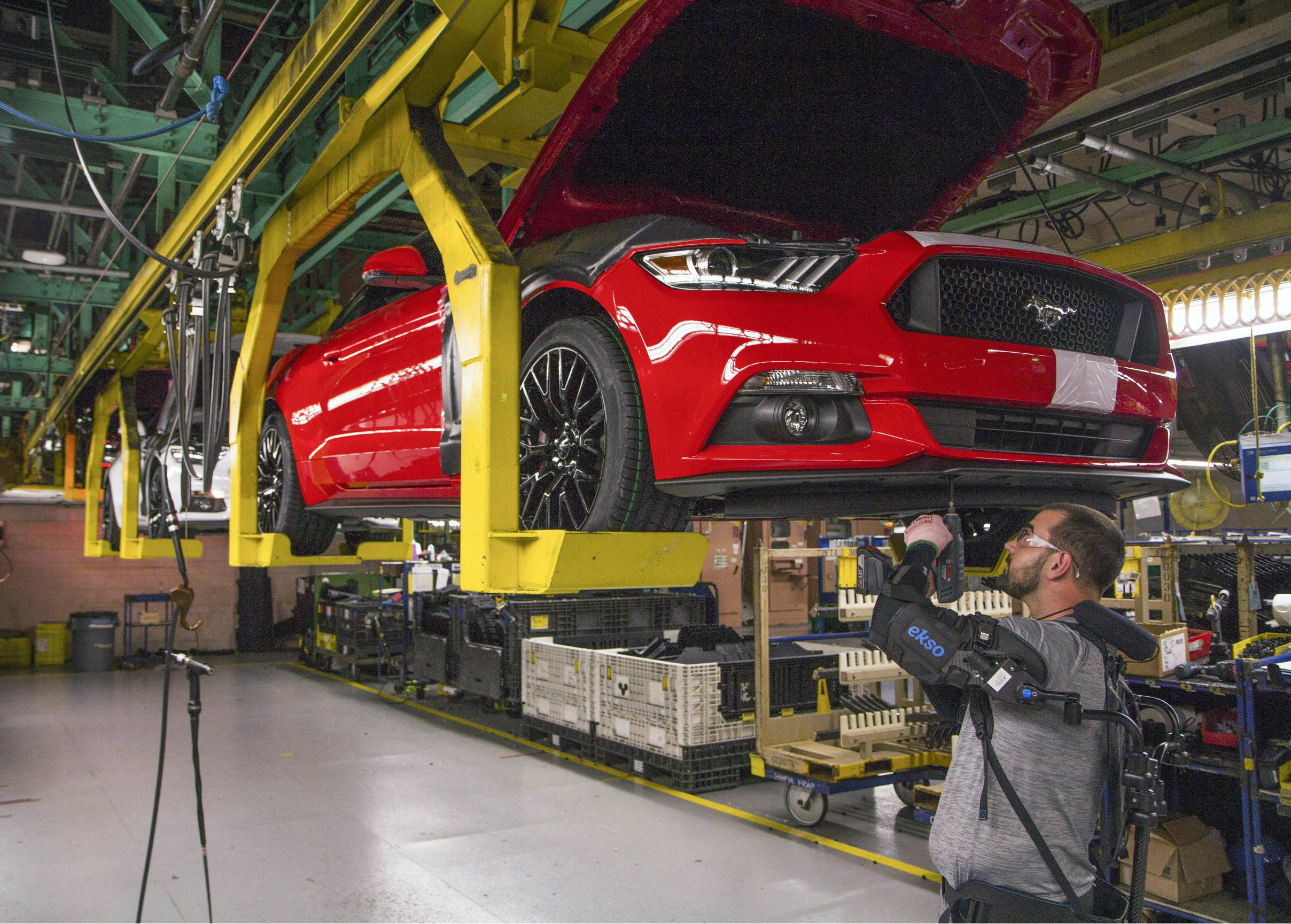 Ford employees in 15 plants and seven countries who perform repetitive overhead tasks now have assistance from a new upper-body exoskeletal technology called EksoVest, which reduces the physical toll on workers during the vehicle assembly process, lessening the chance of worker fatigue, injury or discomfort.