Formula 1 a boon to Singapore's economy, but some activities need a boost | Torque
Loading posts...
0 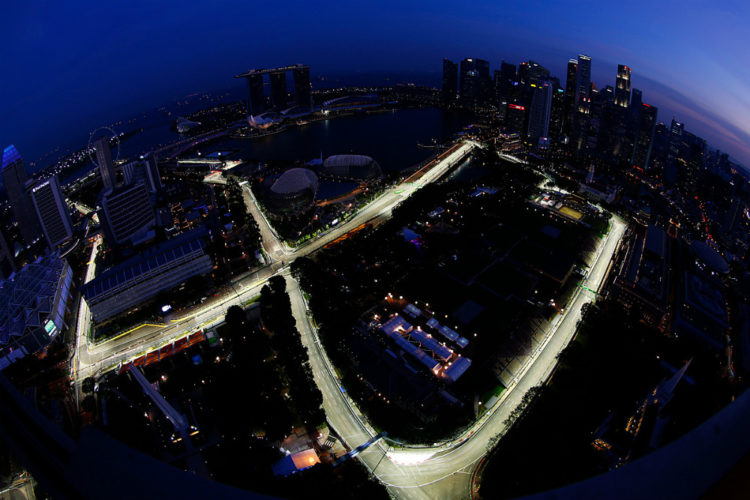 On Wednesday, Formula One chairman and CEO Chase Carey expressed a wish to see Singapore continue hosting a Grand Prix beyond this year.

And talk is gathering pace that race organisers are trying to seal the deal before the race is over on Sunday.

It is not hard to see why.

James Walton, the sports business group leader of Deloitte Singapore and South-east Asia, is in no doubt that Singapore has gained much from hosting what former F1 ringmaster Bernie Ecclestone called the sport’s “crown jewel”.

“From a sporting point, it showed that Singapore is an economically strong city that can host sports and cultural events well. Teams and tourists have enjoyed the smooth and seamless trips to Singapore. And those tourist receipts will trickle down into retail,” he explained.

“It allows us to showcase the city and the beautiful skyline. As a brand, Singapore is associated with efficiency but we are also generally seen as a less exciting city than other places. F1 helps to increase the fun and excitement quotient for the country. So I think Singapore should continue to host it.”

Statistics provided by the Singapore Tourism Board (STB) indicate F1’s strong contribution to the tourism sector.

From 2008 to 2015, the night race attracted a total of 350,000 international visitors, generating an average of $150 million incremental tourism receipts annually.

However, Walton feels the contract should be extended only “if the deal is right for both parties”.

He said: “We are not privy to the intimate details and terms but the balance of time, money and effort spent must be right. At the decision point, it has to be a win-win for all.”

That appears to be the case in the years since the F1 mechanical beasts roared down the Marina Bay Street Circuit in the inaugural race in 2008.

A major reason for the night race’s success has been its unique blend of combining gripping track action, entertainment from headline acts and business networking opportunities in the financial hub.

This formula has worked so well that Carey now wants similar week-long extravaganzas across hosting cities, having held a car parade in London before Silverstone and a post-race party in Milan after the Monza race.

But the local economy also gets a turbo boost, too, when the F1 show rolls into town every September.

Jean Ng, the director for sports in the STB’s experience development group, said: “Local businesses such as our small and medium-sized enterprises (SMEs) have also been actively involved in race preparations, such as circuit set-up, ticketing and security services, with about 90 percent of Singapore Grand Prix’s race organisation being sub-contracted annually to these SMEs.

“Over the years, these companies have reaped economic benefits and also built capabilities, gained exposure and established new business opportunities as a result of being involved in race-related work, and some have expanded their business overseas.”

She cited local audio-visual lighting company Hexogon Solution as an example. The night race has given it opportunities to expand to Hong Kong, Japan, Taiwan and Thailand.

Similarly, catering firm Steward’s Solution has also used the Singapore Grand Prix as a springboard to create a presence at events in China, San Francisco and Manila.

Walton added: “This is not commonly known but F1 is a big boost to the local people. The money spent on organising the race goes back into the Singapore economy and not out of the country; there is a recycling effect.”

But not all are thrilled by the annual F1 circus and the road closures that result. Businesses around the track have complained that the race has driven away shoppers during Grand Prix weekend.

One shop is cobbler/locksmith Shukey at Suntec City. An employee revealed that business falls by as much as half during the four days leading up to the race as the masses find it inconvenient to navigate past the road closures. An employee at watchmaker Tissot reported the same, too.

Looking ahead, some feel more needs to be done to keep the event fresh.

Associate Professor Ang Swee Hoon from the National University of Singapore Business School feels that the Singapore Grand Prix has “lost some of its shine compared to the inaugural event” and believes the organisers should give the event a makeover.

She suggested: “We should optimise the skyline. Perhaps have a wall lighting of the skyscrapers of the different attractions in Singapore. Each skyscraper becomes an advertising medium with the image of each attraction lit against the building. That way, we are also promoting the rest of Singapore to the millions of F1 viewers.”

Walton also hopes that given the resources available to the megabucks teams and slick organisers, this most glamorous of sports can reach out to more locals. Although road shows have visited the heartland, it is arguable that F1 has yet to truly resonate with most Singaporeans.

He noted: “I hope to see teams and sponsors bring more to the table. There can be more community engagement to create more interest in F1.”

One important group of people who are keen to continue revving things up on arguably the toughest circuit on the calendar are the drivers.

Mercedes’ Valtteri Bottas said: “I hope that the Singapore GP continues for a long time; it has become part of Formula One. It’s a unique event, it’s a very nice city for fans to visit and I always enjoy coming here. It’s a beautiful-looking race with all the lights in the night, probably the most stunning-looking Grand Prix.

“We like challenges. This track is physically the most demanding race but I wouldn’t change anything.”

Force India’s Sergio Perez added: “It’s a spectacular track, probably the overtaking side is not very interesting for the fans. There is not a lot of overtaking but generally there is always contact – there is always a crash here – so I think it’s a very challenging track, it’s good for Formula One.”