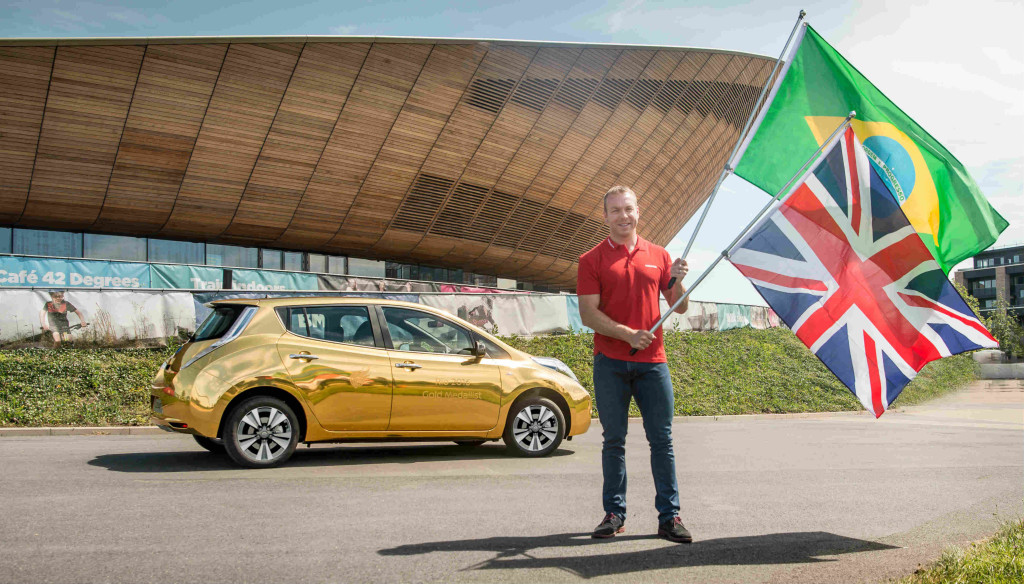 Britain’s most successful Olympian and Nissan ambassador, Sir Chris Hoy (above), has given some of Team GB and ParalympicsGB’s athletes some extra motivation to win gold with the announcement that the carmaker will reward all Nissan-sponsored athletes who win a gold medal at the Rio Games with a specially gold-wrapped all-electric Nissan Leaf.

Sir Chris launched the initiative and unveiled the first gold Nissan Leaf at the Lee Valley Velopark, the setting for some of his own gold medal-winning moments.

Nissan ambassadors, including the likes of heptathlete Katarina Johnson-Thompson, gymnast Max Whitlock and multi-gold medal winners David Weir CBE and Richard Whitehead MBE, will have the chance to drive away from Rio 2016 in the world’s best-selling 100 percent electric vehicle.

Nissan athletes who successfully step up to the top of the podium in Brazil will receive their golden Leaf on their return from Rio. Only one Leaf will be gifted per Nissan gold medal winner, regardless of the number of gold medals won. 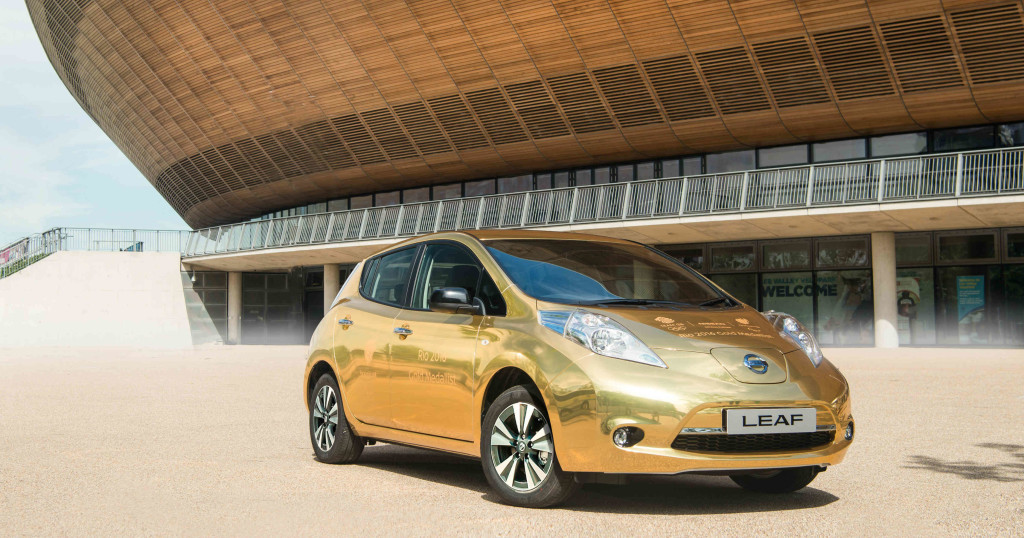 “Atomic” batteries in the works for Nissan electric vehicles.

Singapore is the best and worst place for Nissan Leafs and other electric cars.