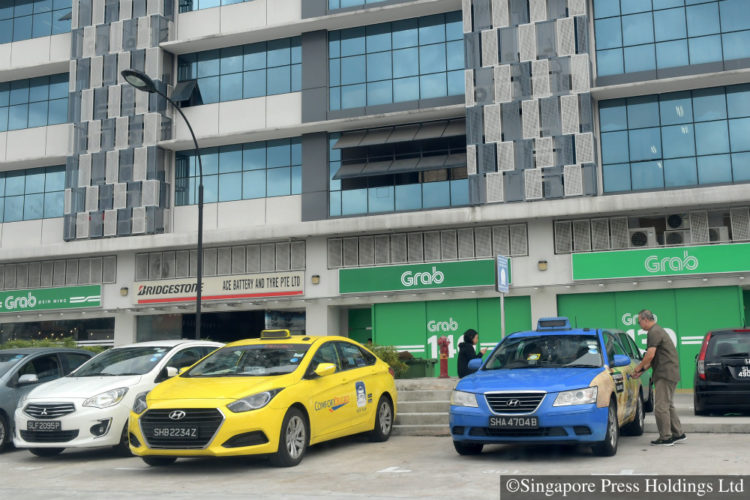 Last month, Grab began offering ComfortDelGro cabbies aggressive rental discounts – $50 a day, or about $1500 a month, to join one of its partner taxi firms, or up to $1688 a month to sign up as a driver with its private-hire car service GrabCar.

Grab’s salvo came after ComfortDelGro, which is the largest taxi operator here, announced in August that it was in talks with Grab’s American rival Uber for a possible partnership.

Only ComfortDelGro held out, introducing its own upfront pricing option on its mobile app a month later.

While Grab said that the current promotion, which had received “strong interest”, would end on Saturday, observers said the ride-hailing firm could continue offering such deals to entice ComfortDelGro cabbies in the future.

National University of Singapore professor Lee Der Horng, who specialises in transportation systems, said Grab could afford to do so, noting that it had already raised almost $3 billion in its latest round of funding.

“I do not rule out the possibility of Grab offering even more incentives should the partnership between ComfortDelGro and Uber go through,” he said.

Singapore University of Social Sciences transport researcher Park Byung Joon said: “To compete with Grab, ComfortDelGro has to decide whether it is willing to spend as much (as Grab) to attract and retain drivers, and stop its market share from eroding further.”

ComfortDelGro did not respond to The Straits Times‘ request for comments regarding this latest development by press time.

Grab’s announcement came even as the latest figures from the Land Transport Authority (LTA) show that the taxi population here has continued its downward trend, dropping to a seven-year low of 24,863 as of August.

ComfortDelGro’s combined cab numbers – under its Comfort and CityCab brands – also dropped to 15,127, from a high of 17,143 in April last year.

In comparison, the number of chauffeur-driven private-hire cars stands at 42,000 as of July.

In July, The Straits Times reported that the number of idle taxis hit 9.1 percent in the first five months of this year, almost double the amount during the same period last year.

Meanwhile, as of Monday, the LTA has approved 53,000 private hire car driver’s vocational licence applications, since it began accepting applications in March.

This is more than half of the number of taxi driver’s vocational licence holders, which currently stands at 97,467, down from 100,271 in January this year.

Dr Park, however, believes that the number of applications will slow down in the near future.

“This won’t go on for too long more,” he said. “The private-hire car market is already very saturated.”