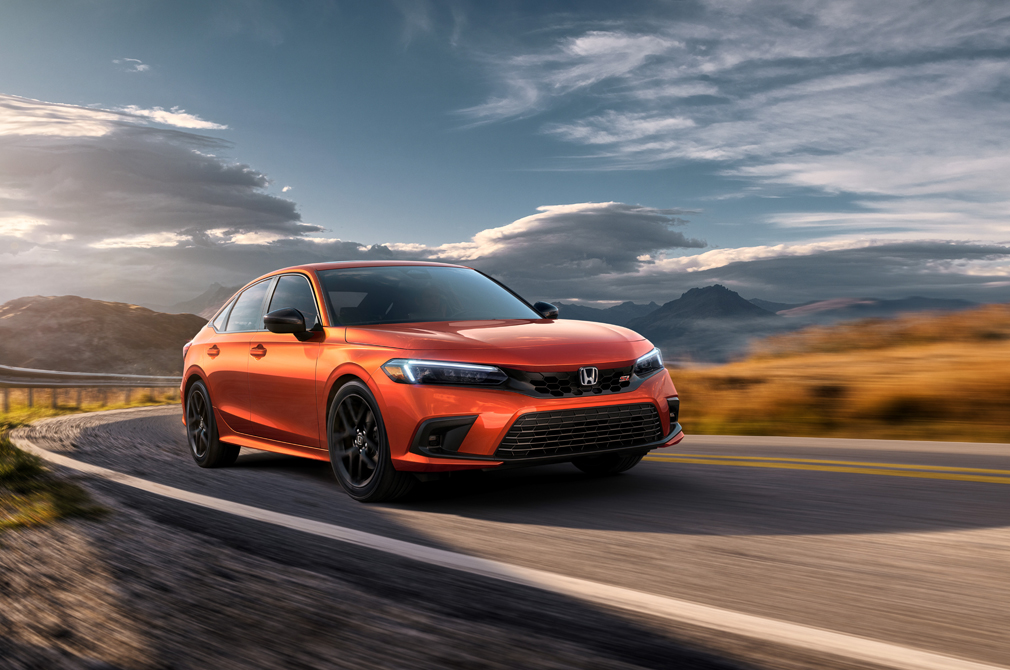 Honda has revealed the new US market Civic Si.

A more aggressive set of front and rear bumpers set the Si apart from the regular sedan. A front spoiler is hidden under the vehicle, while at the rear rests a gloss black rear spoiler as well as two large oval exhaust tips.

The more keen-eyed will also sport the exterior mirrors and window surrounds finished in Gloss Black that come standard for the Si. Ditto for the LED head lights and taillights. 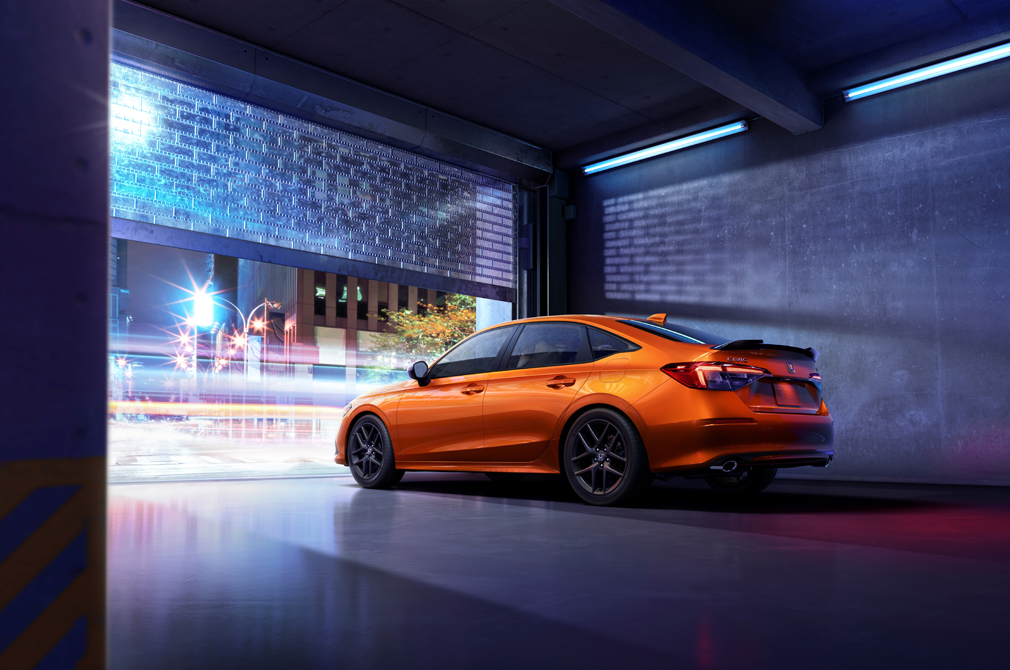 The Si model gets a rear spoiler and dual exhausts.

Eighteen-inch 10-spoke alloy wheels round off the design of the Honda Civic Si, as does the exclusive Blazing Orange Pearl exterior paint colour.

Powering the Honda Civic Si is a turbocharged 1.5-litre 4-cylinder engine. It now has a broader torque curve for greater drivability, with 260Nm of torque available from 1800rpm to 5000rpm.

Standard on the Honda Civic Si, this manual gearbox has an improved shift feel, 10% shorter throws, a new mounting bracket for the shift lever, and a leather-wrapped aluminium shift knob. 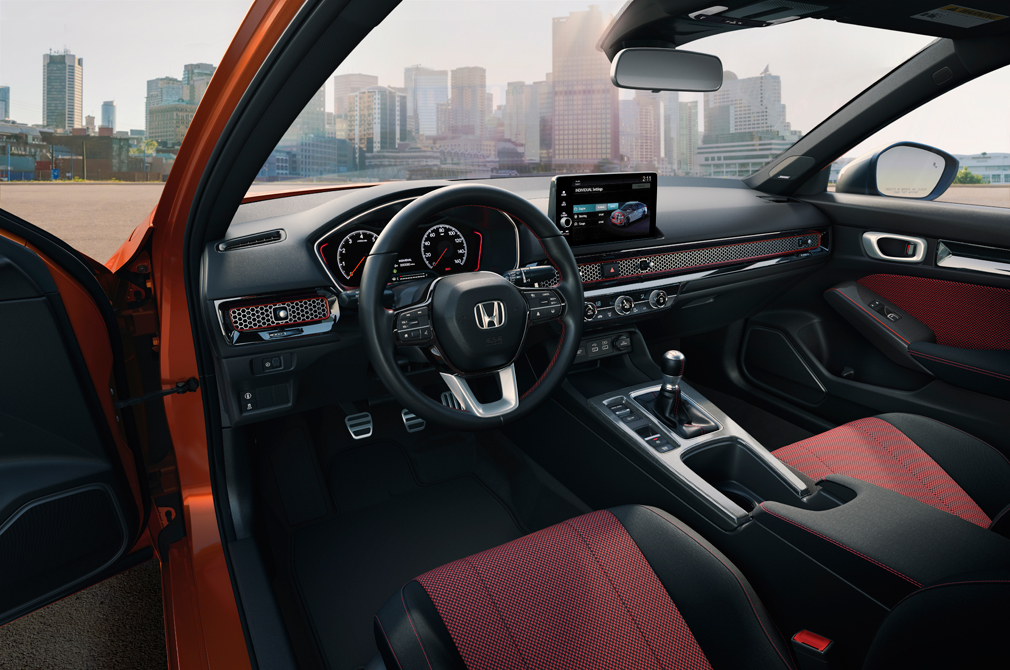 Red accents and alloy pedals feature in the cabin.

Also taken from the Type R is its rev-matching system, which is claimed to offer a reaction time of just 430ms. Power is put to the road through a helical limited-slip differential.

An 8% increase in body torsional rigidity over the preceding Si, promises improved handling. 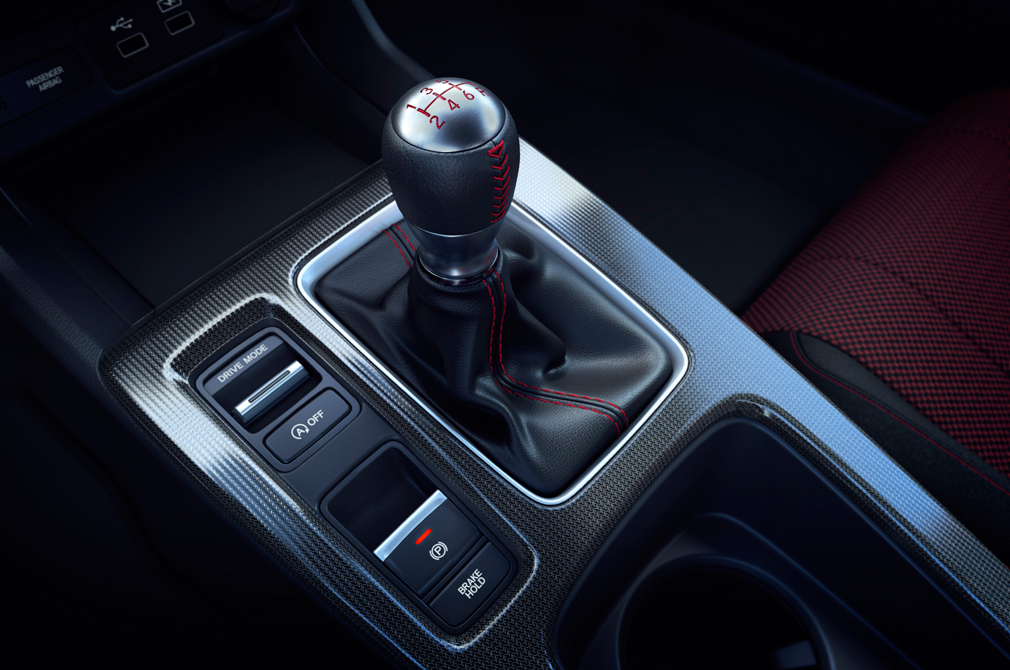 The Si additionally gets a 7-inch instrument display. Said display comes with a digital tachometer on the left, a multi-information display in the centre and a physical speedometer.

Further lifting the driving experience is a new 12-speaker Bose premium hi-fi system, said to be the best factory audio system in the history of the Honda Civic Si.