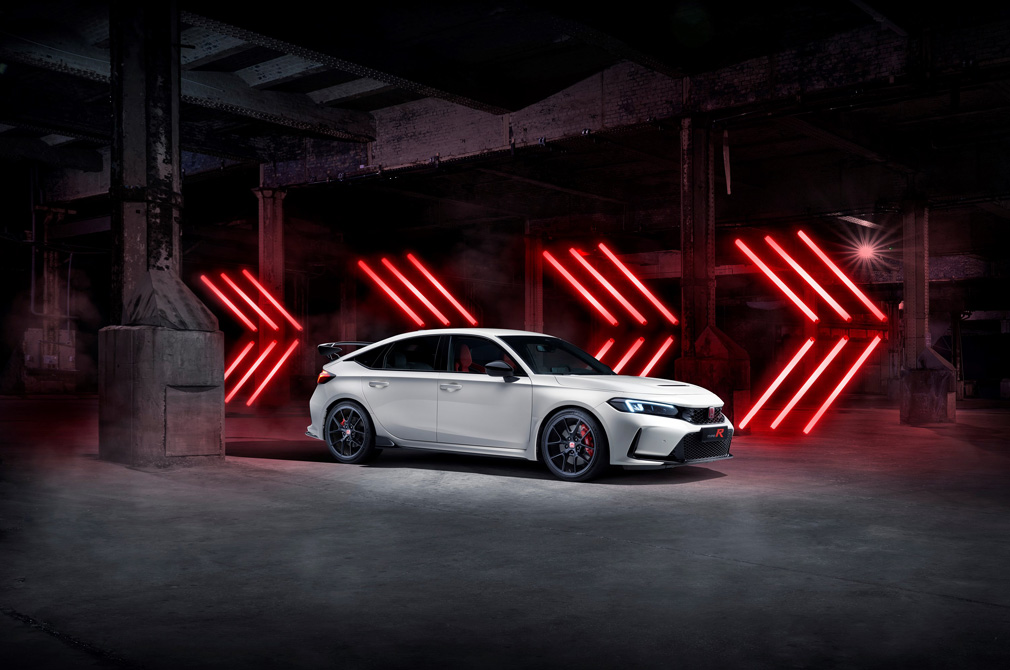 Honda has offered enthusiasts a first look at the new Civic Type R.

For context, that’s enough to give owners of the 302bhp Mercedes-AMG A35 and 306bhp Audi S3 Sedan something to worry about. 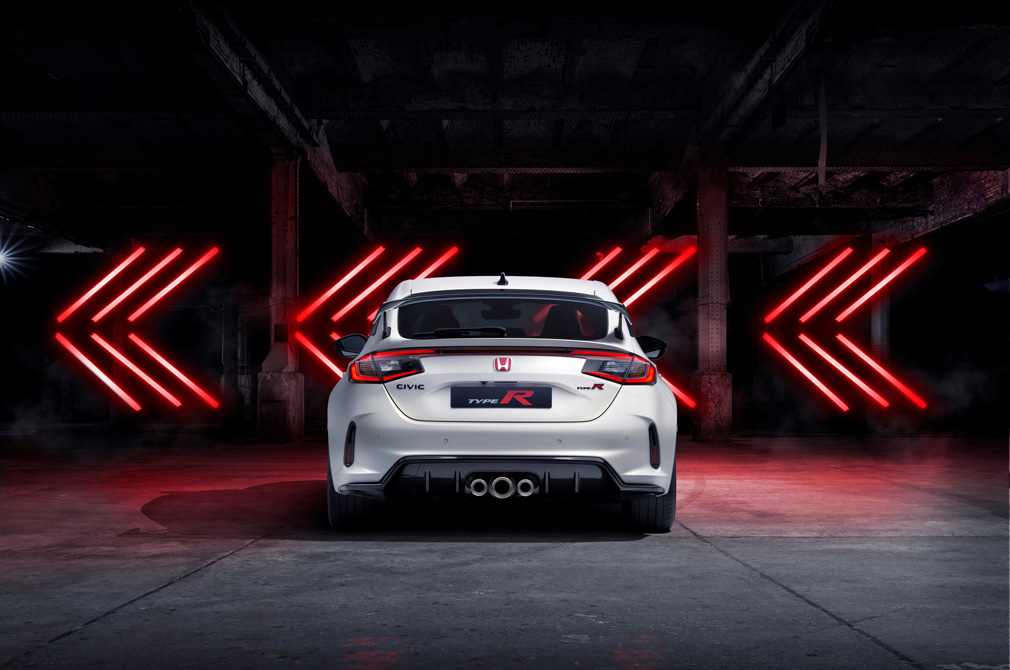 Triple tailpipe layout has been retained for the new Civic Type R.

All this power will come courtesy of a 2-litre engine, here paired to an improved 6-speed manual transmission with a rev-matching system.

The output will also go to the front wheels alone, despite the proliferation of all-wheel-drive amongst its rivals.

Not that it should be much of a handicap. The final development prototype of the Civic Type R already holds the production-car front-wheel drive track record at the Suzuka Circuit in Japan.

On the outside, this new Honda Civic Type R has lost much of the flamboyance of its predecessor in favour of a sleeker overall design. 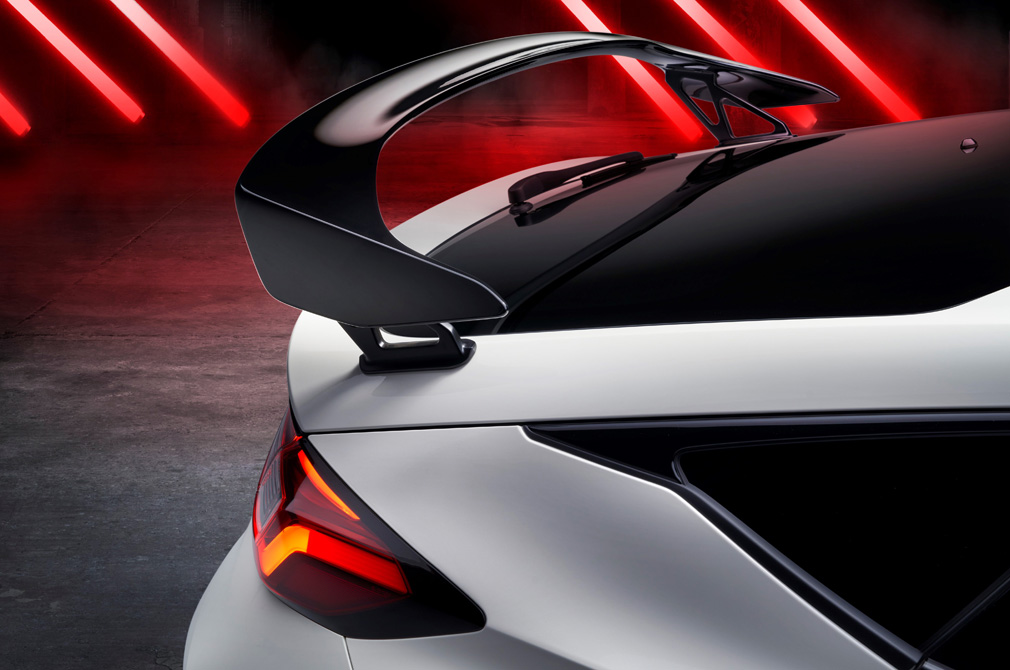 Rear spoiler has been redesigned to fit the new car’s sleeker overall look.

The massive front scoop on the bonnet has now been replaced with a more discreet vent, while the busy side intakes have been simplified for this new model.

And at the rear, a tall rear spoiler and the iconic triple exhaust system are both still present.

However, the former has lost its complicated vertical elements, while the latter now has one larger central tailpipe. High-friction seats and a Type R-exclusive instrument cluster layout will feature in the cabin.

Step inside and you’ll find the honeycomb pattern dashboard of the regular Honda Civic still present in the Type R.

It has been designed to give the drive all necessary driving information from just a quick glance, with the engine rpm display, rev indicator lights, and gear position indicator all placed at the top. 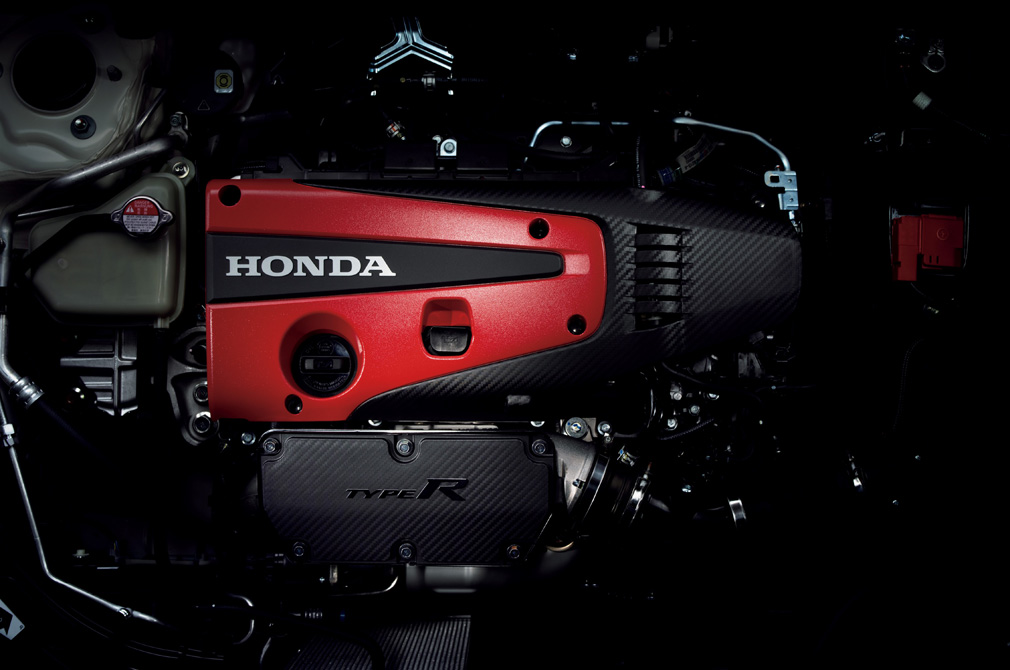 The 2-litre unit will make this the most powerful Civic Type R yet.

There’s also a new red on the sports seats here, chosen so as to emphasise the use of high-friction Suede-like upholstery that will come handy in hard driving situations.

Red will also adorn the seats, carpet, and various trim pieces of the cabin.

More details of the new Honda Civic will be provided later in the year. We expect they will be revealed alongside the 60th anniversary celebrations of the opening of the Suzuka Circuit.