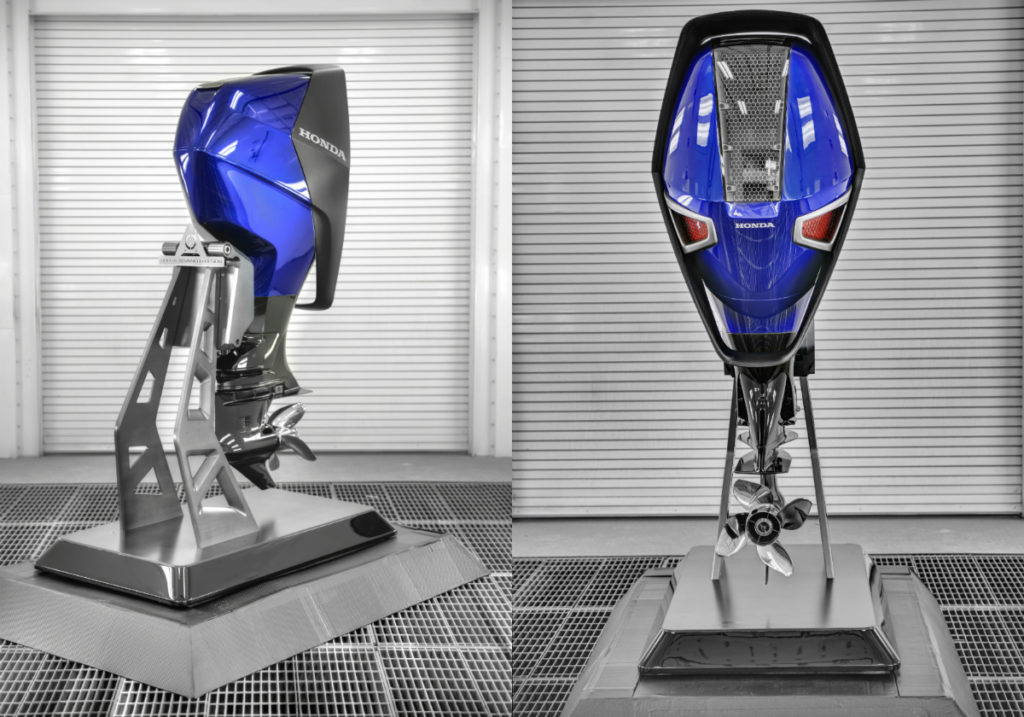 Honda Marine broke the mould for marine engines at the 2017 Miami International Boat Show with a bold concept engine that could power the future of boating. With inspiration from across Honda’s lineup, including automotive, marine and aeronautical, the concept engine is a blue sky vision for what future marine engines could look like.

Designers at Honda’s Advanced Design Group were given a “clean sheet of paper” opportunity to design a concept motor that could be applied to a variety of boats. For design inspiration, the group looked across the portfolio of Honda’s varied product range, from current marine outboard motors to automotive products like the NSX supercar, to the Honda Jet.

The group started with some sketches and then moved to digital modelling to create the dimensions and look of the concept engine.

The result? Modern, technical form language which creates a tailored package and gives a slimmer, more vertical appearance to the marine engine.

For exceptional aerodynamics, the tailored packaging of the Honda Marine Concept Engine includes a sculpted centre channel inlaid with a honeycomb mesh trim. The heat ducts feature an interwoven design with black honeycomb mesh reminiscent of the intakes on the 2017 NSX supercar.

While there is currently no production intent for the Honda Marine Concept Engine, it speaks to the innovation and opportunity in multiple marine engine markets, and delivers a vision of the boating lifestyle of the future. 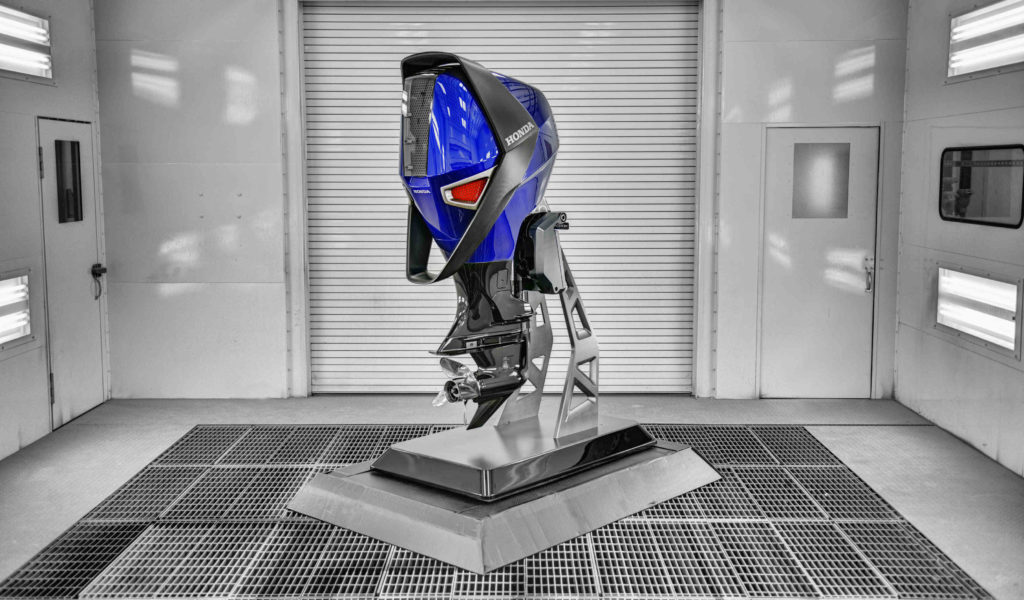 Check out the powerboat inspired by the Mercedes-AMG GT R.