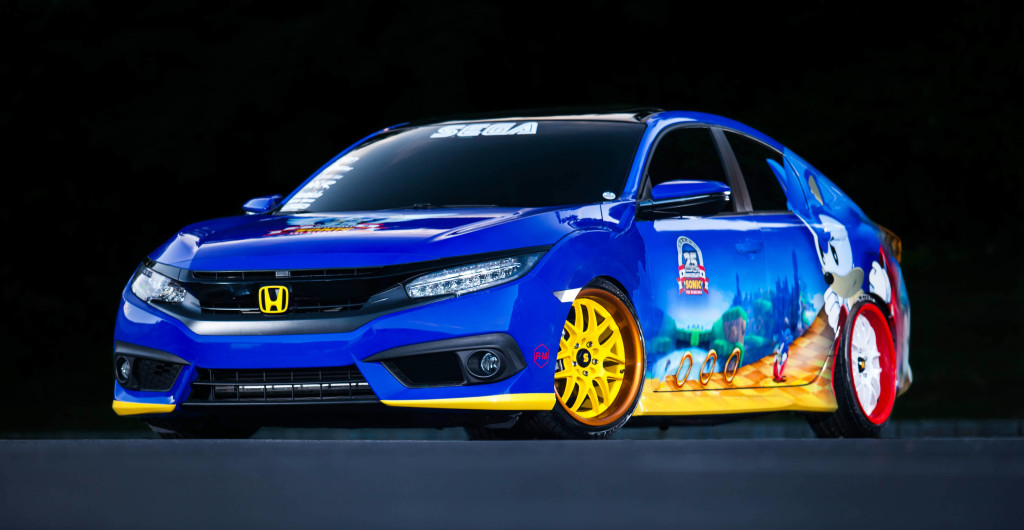 To celebrate the legendary video game character, Sonic the Hedgehog, and to commemorate the game’s 25th year, Sega collaborated with Honda to create a one-of-a-kind Civic.

The custom Sonic Civic, based on a turbocharged 2016 Civic Touring Sedan, made its debut during Comic-Con at Sega’s sold-out Sonic the Hedgehog 25th Anniversary event at the House of Blues in San Diego.

The Sonic Civic embodies the spirit of the classic video game Sonic the Hedgehog, whose main character Sonic, along with Sonic’s world, is featured on and throughout the modified vehicle. Fox Marketing Cars led the design work. The Sonic Civic customisation includes:

“What better way to showcase the incredibly sporty performance capability of the 10th generation Civic than by pairing it with gaming industry’s ultimate athlete, Sonic the Hedgehog,” said James Jenkins, public relations manager for Honda. “As the fan-favourite game character celebrates his 25th anniversary on the scene, we hope that all Sonic fans, those who remember playing years ago and those who continue playing today, rejoice in his all-new ride, as much as we enjoyed creating it.” 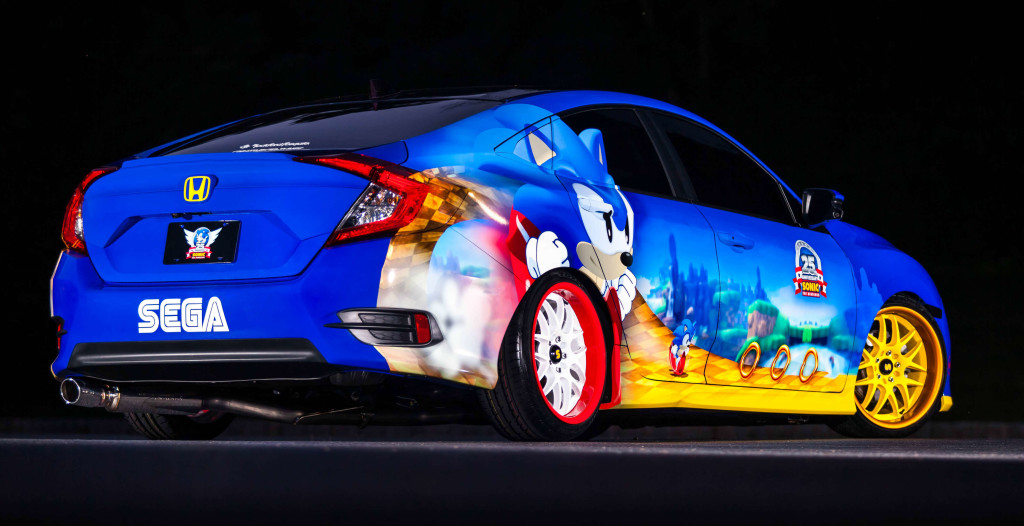 Honda collaborated on sneakers, too.